Lefkada, the ‘white island’ is in fact very green

The flora of Lefkada

Lefkada, the ‘white island’ by its name, is in fact very green. This is also the first impression of Lefkada: from its coasts to the summits of its mountains, it is covered in rich flora. 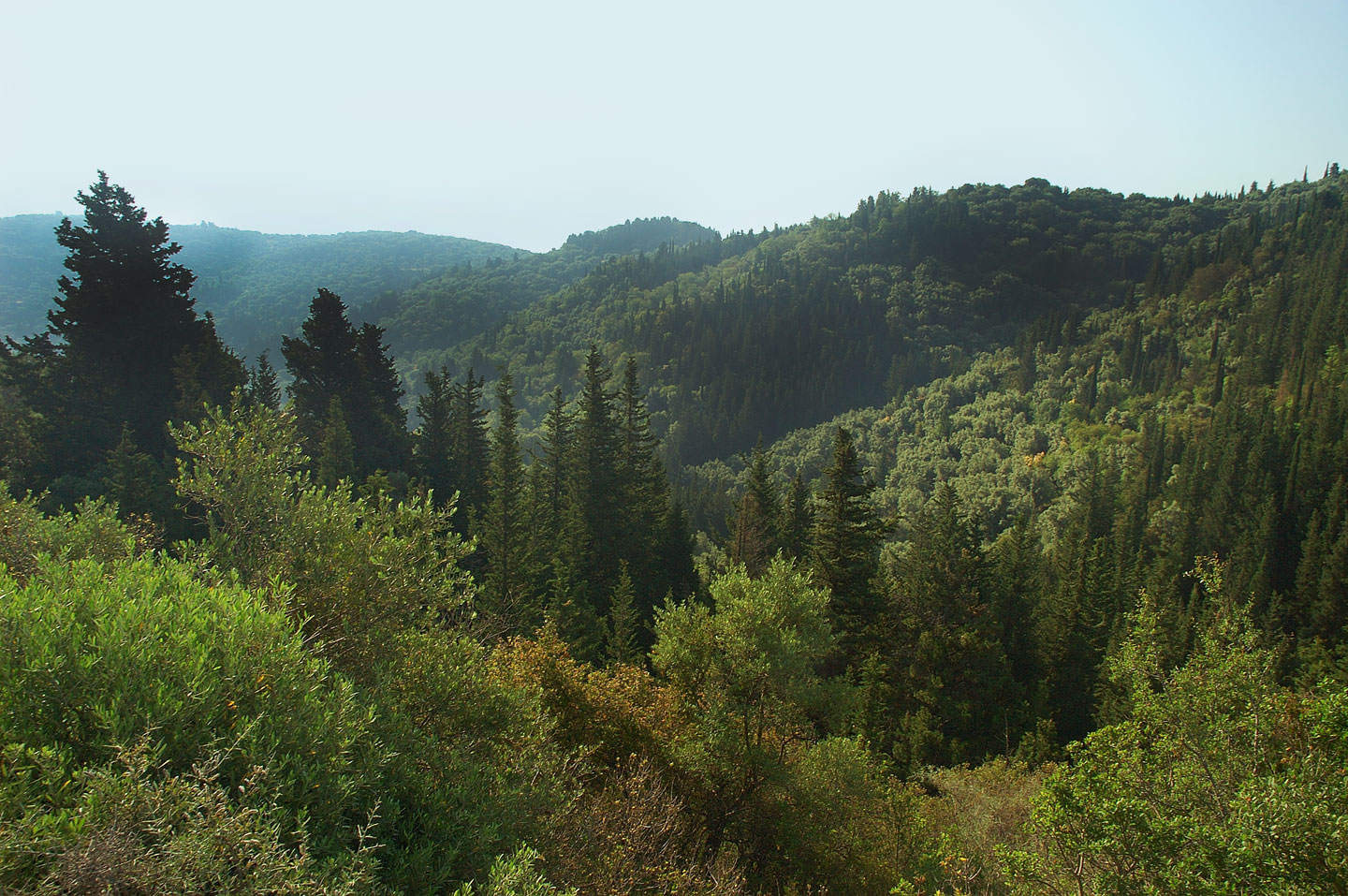 Beginning from the west coast, where the pine trees reach down to the sandy beach, we find the sea lilies, a rare species protected in other countries. Also samphire, a succulent plant belonging to the fennel family, which in Crete is pickled. This is kept company by the small cacti of the genus Lycopod and higher uphill, amongst the thyme, is the strawflower (commonly called the curry plant) an ancient plant of healing and worship with its silver stalks and yellow flowers that never fade. 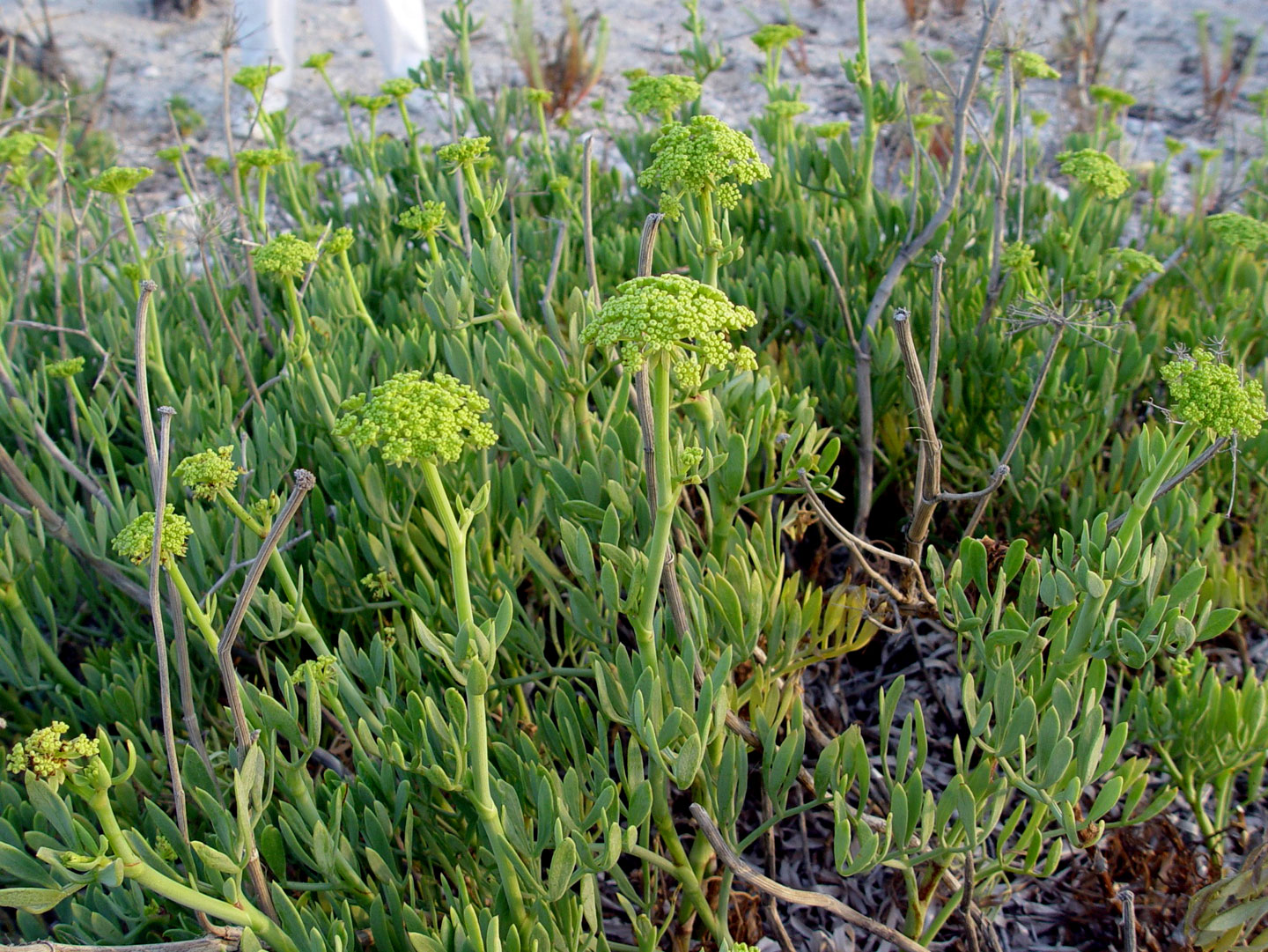 Climbing the mountain slopes we are bemused by the odorous pine and cypress trees. In Athani, rosemary, thyme and oleander mingle with the conifers and olive trees. In spring, from March until May and early June, the olive groves constantly change colour in the undergrowth: first mauve from the wild geraniums then white from the daisies and later, chamomile blooms. A plethora of flowers add their own note: wild gladioli and carnations, blue borage and the yellow flowers of the asfakia or Jerusalem sage. 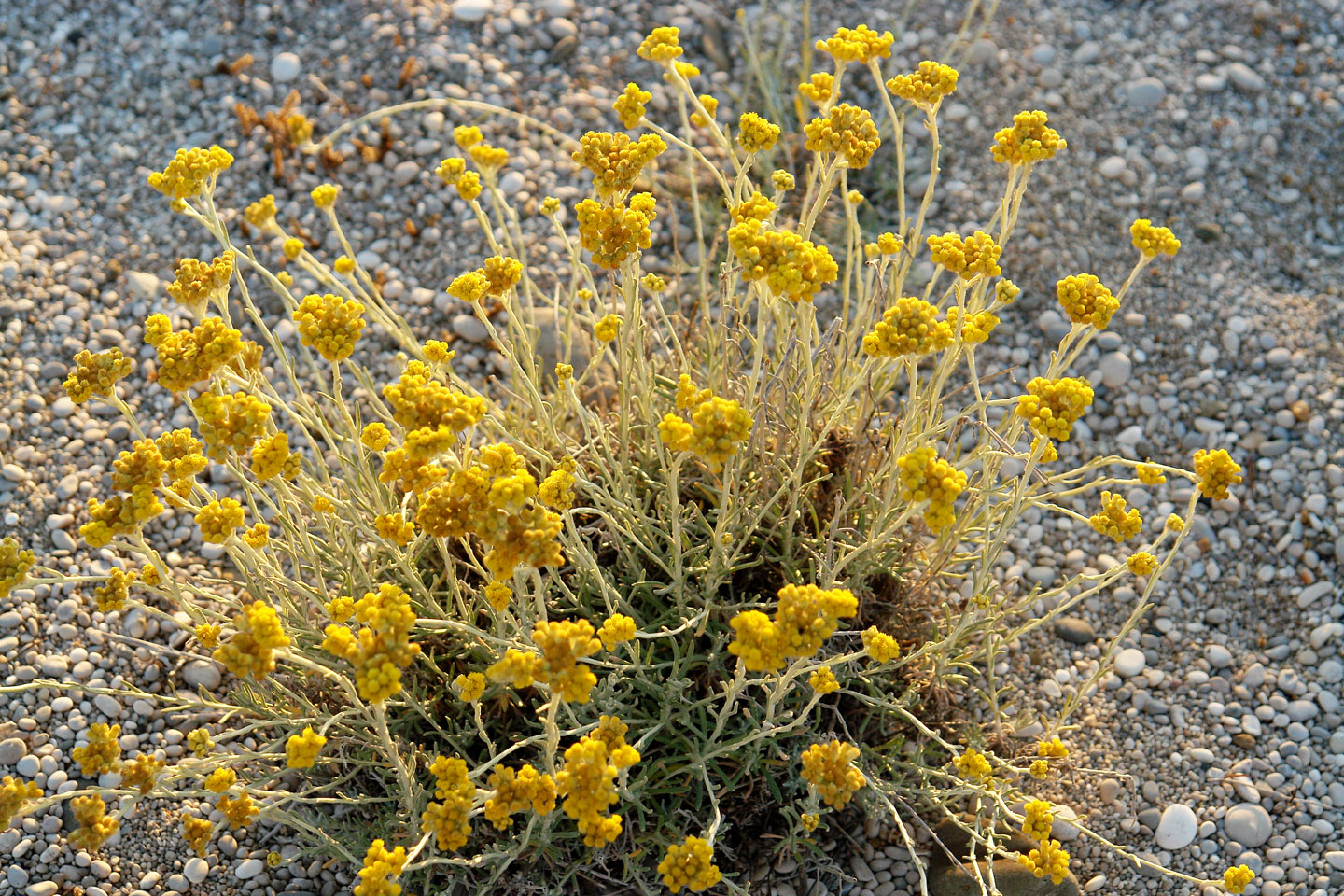 On the mountainsides facing Nydri and Skorpios, and up to Vassiliki, sage is the dominant plant with its pervasive odour. The thickets and ravines of Lefkada are a mass of pournari – holm oak, hawthorn and the cypress trees, tree medic and Judas trees. In the area between Drymonas and Chortata, in April the Judas trees paint the mountainsides mauve with explosions of flowers before putting out leaves. Next to these are the ornamental acacias with their clusters of white flowers. 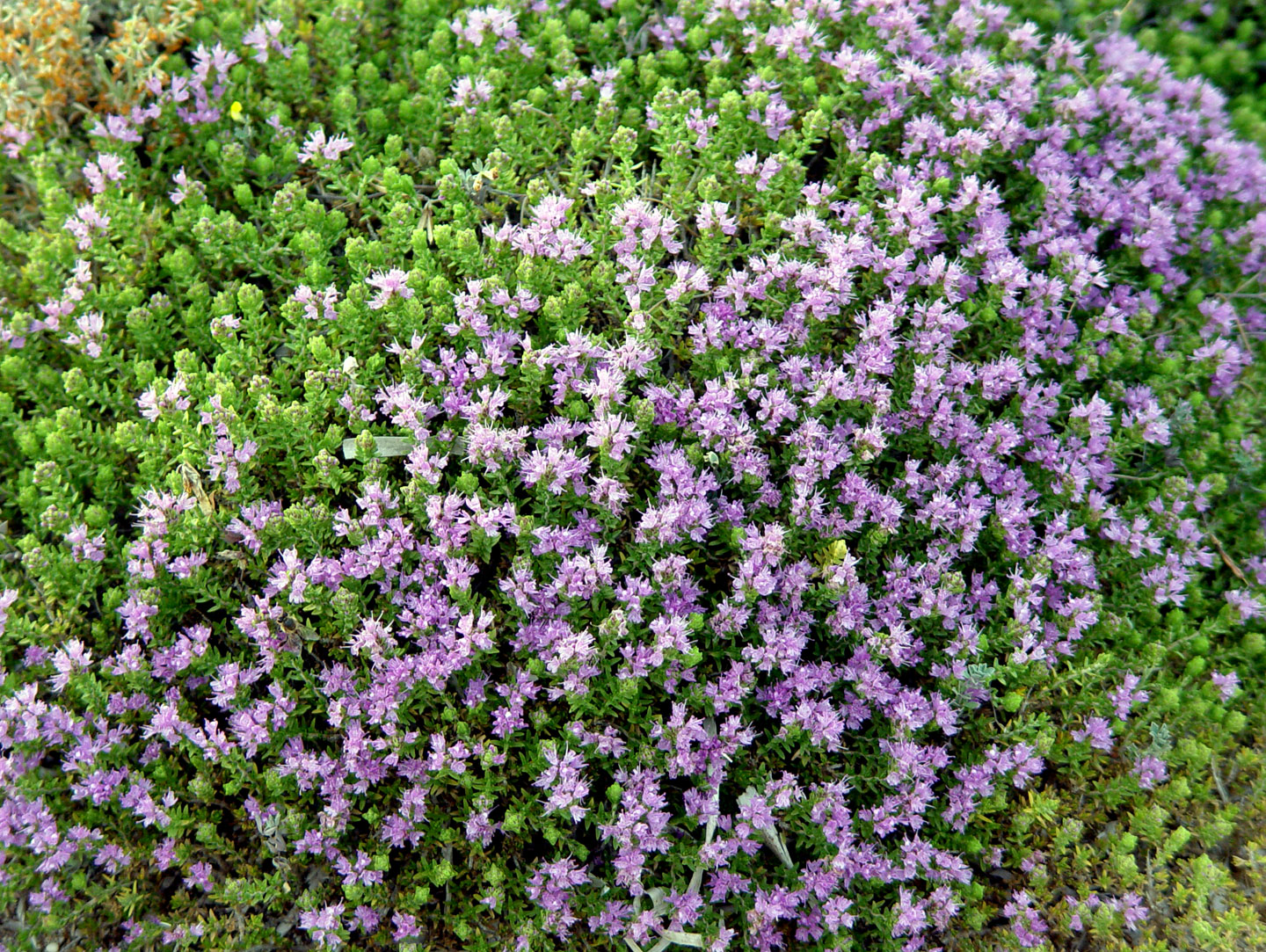 In May, in the fields of Alexandros and Kolyvata, elderflower trees dress as a bride with glorious white inflorescence. The roadsides are decorated by balsam with small flowers like yellow suns, together with wild garlic and the wild carrots’ bouquets of tiny white flowers among bright red poppies. 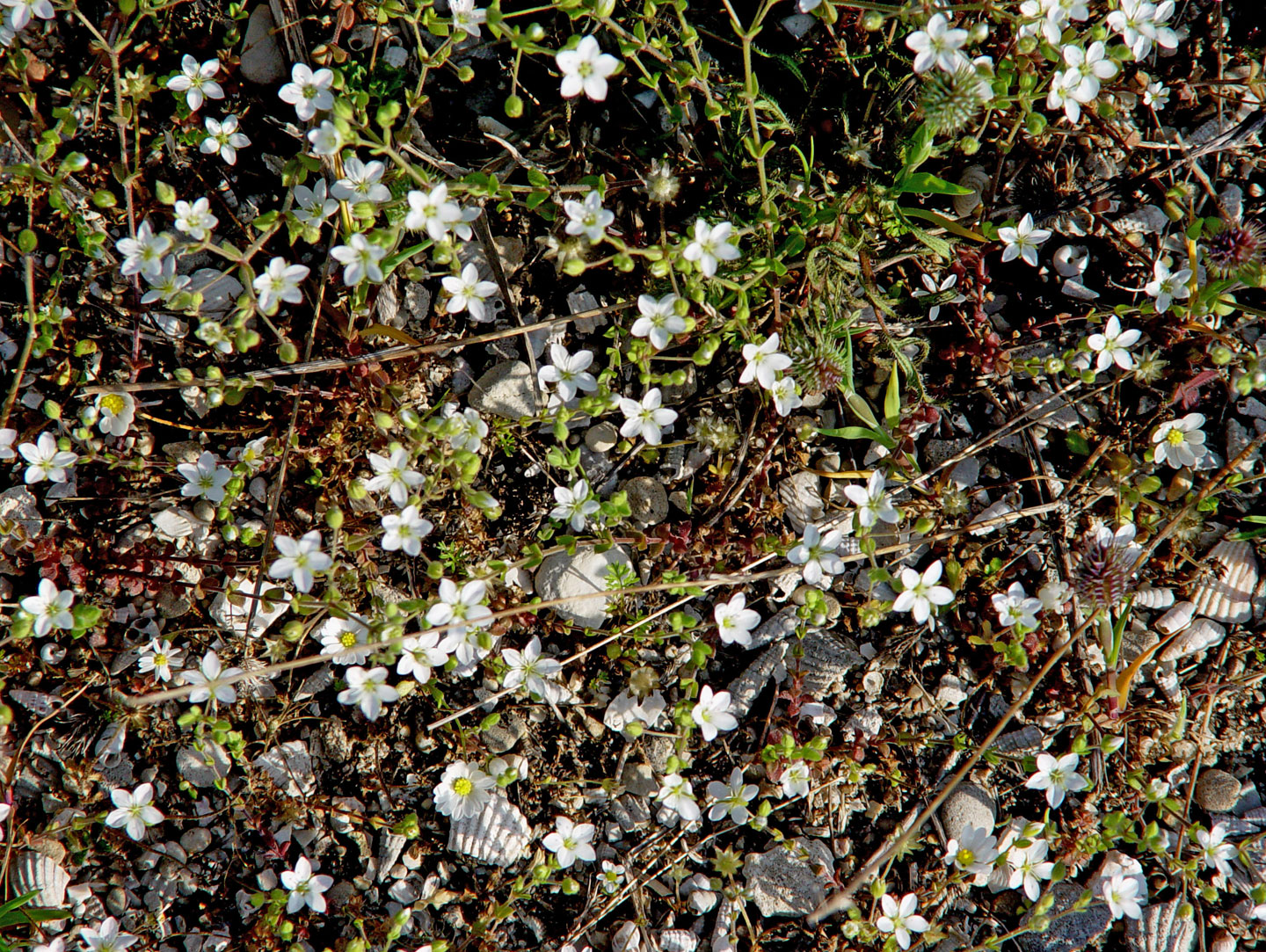 On the slopes under the flowering broom and the majestic phlomos, rock-roses spread their mauve or white flowers like wrinkled blouses, oregano and hyssop diffuse delightful scents.In the ravines, the bay and strawberry trees challenge us to be singled out until Christmas, when the strawberry trees decorate the scene with their striking red and yellow berries. White-flowered wild roses steal attention. In the little springs of Akoni, maidenhair fern sprouts amongst the rocks. 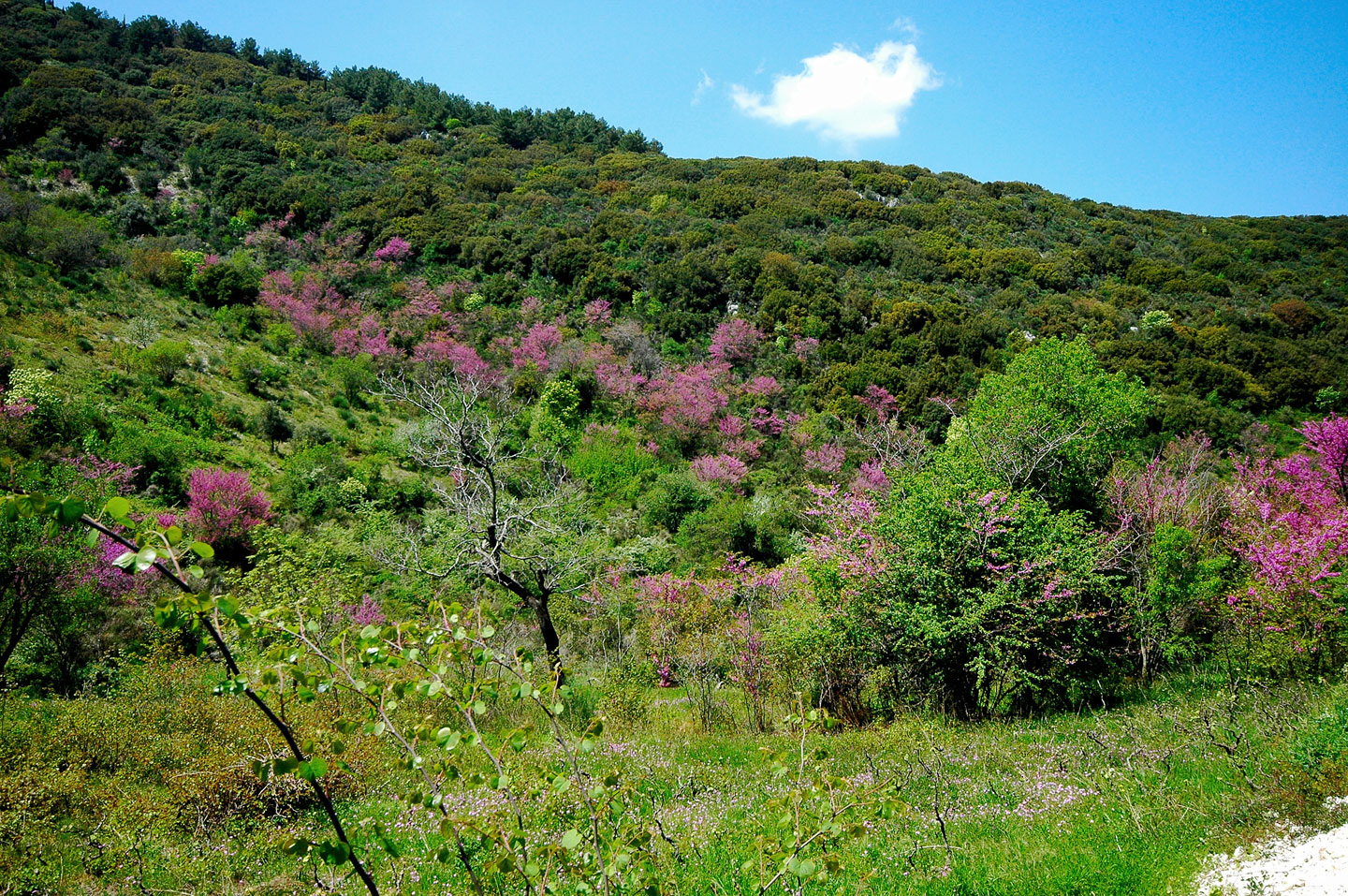 At the start of spring and on Nikiana's ascents towards Agioi Pateres, blue iris makes an appearance, under the myrtle and the wild mastic trees and the terebinth trees. In autumn the latter wear their red and yellow leaves making the moody season more cheery. In spring, under your footsteps, there are tiny wild orchids, be careful where you tread, and the satyrium (of the orchid family) with its glowing pink inflorescence. 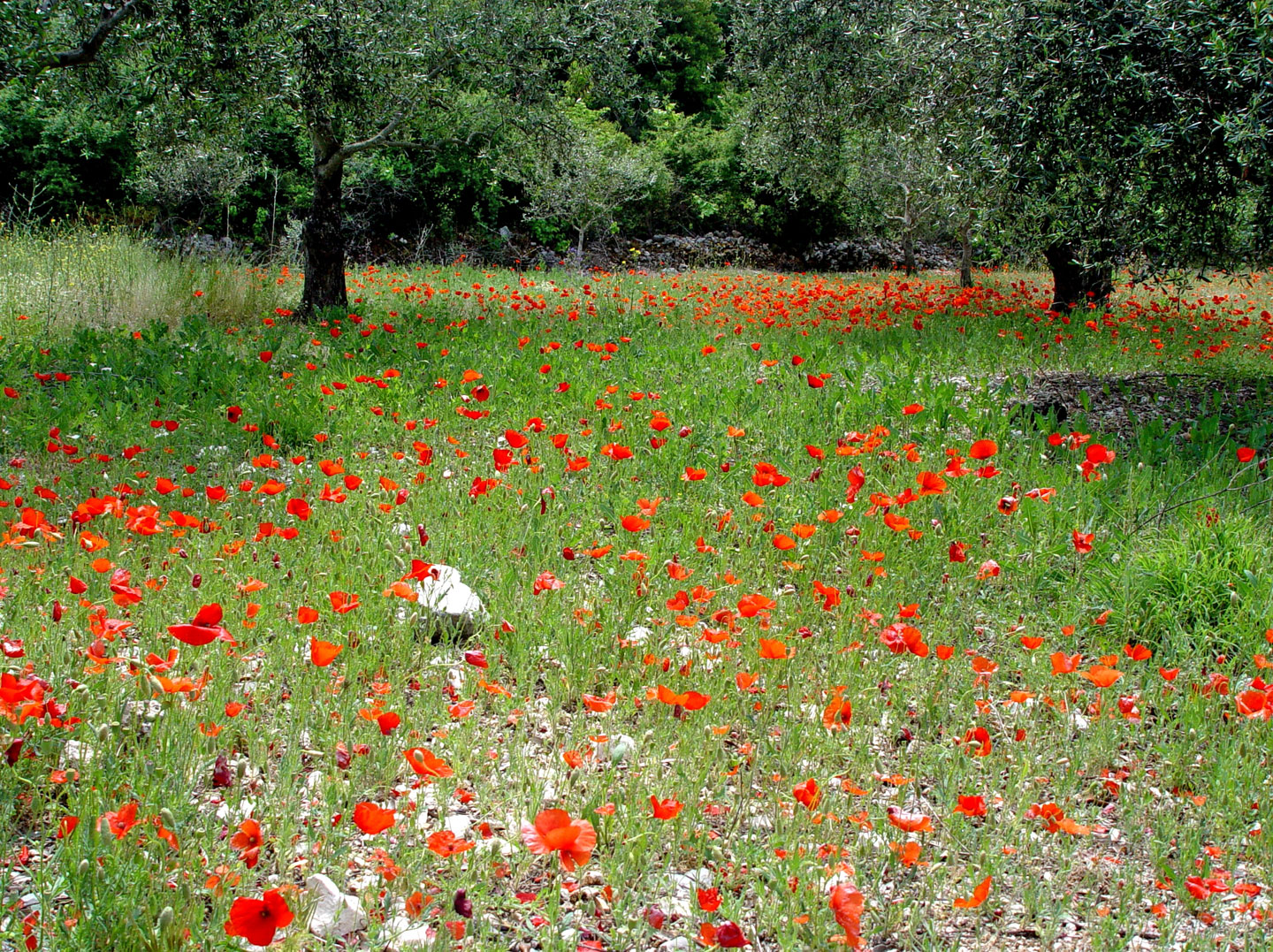 On the plataeu of Egklouvi  and Chortata where the renowned lentils and the Vartzami grapevine are cultivated, is where they say wild coral peony grows. If you look low, close to the ground, you will find tiny wild pansies, and early in the summer in the fields the blue cornflowers, a species that has now disappeared in northern Europe. 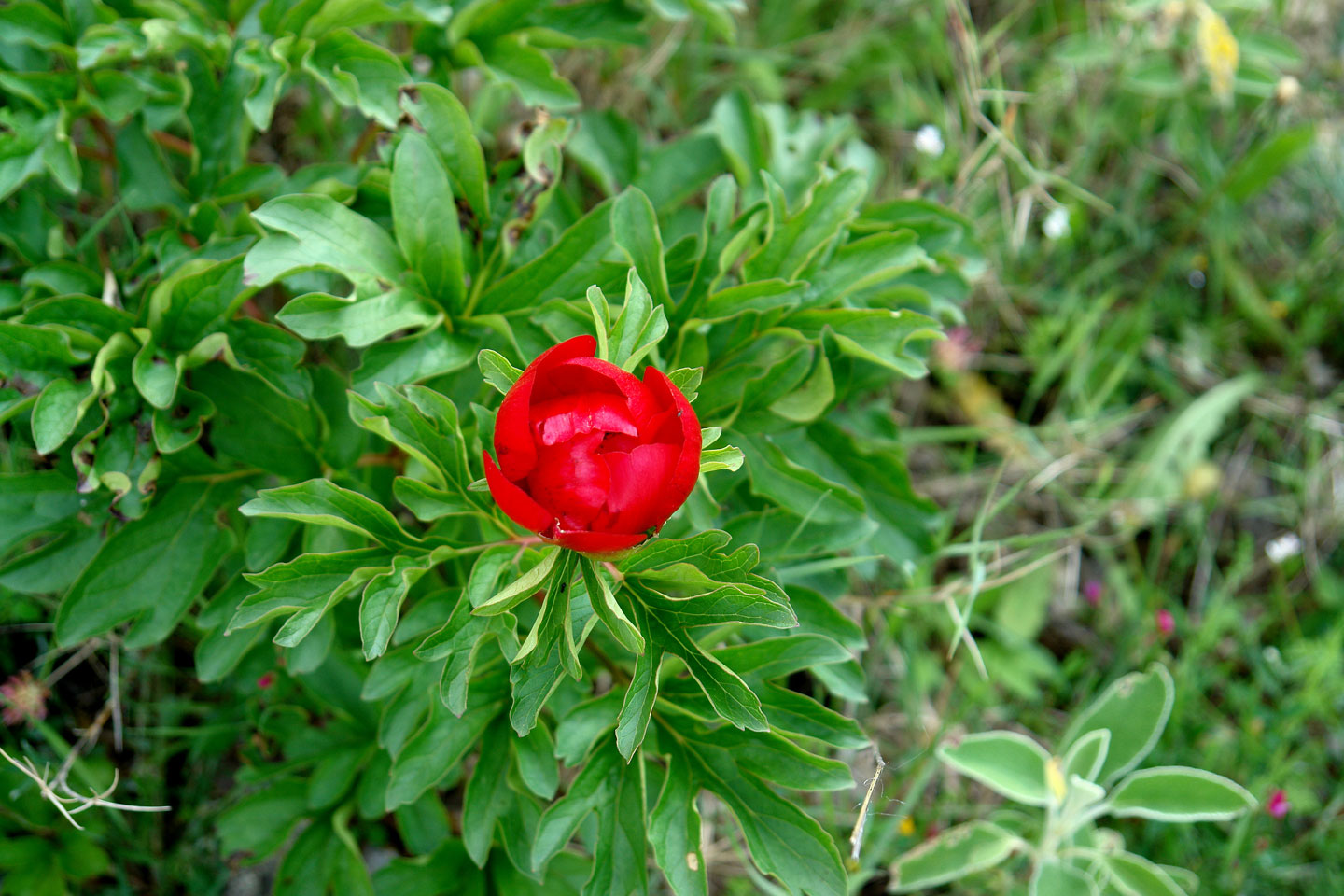 The first autumn rain brings out a second blossoming, which holds until December. Crocuses, white, mauve and yellow, decorate the footpaths to the monastery of Agios Ioannis on the road from Lazarata to Alexandros. Cyclamen flower on the rocks of Cape Doukatos under the bushes, and after Christmas, narcissus blooms in profusion. 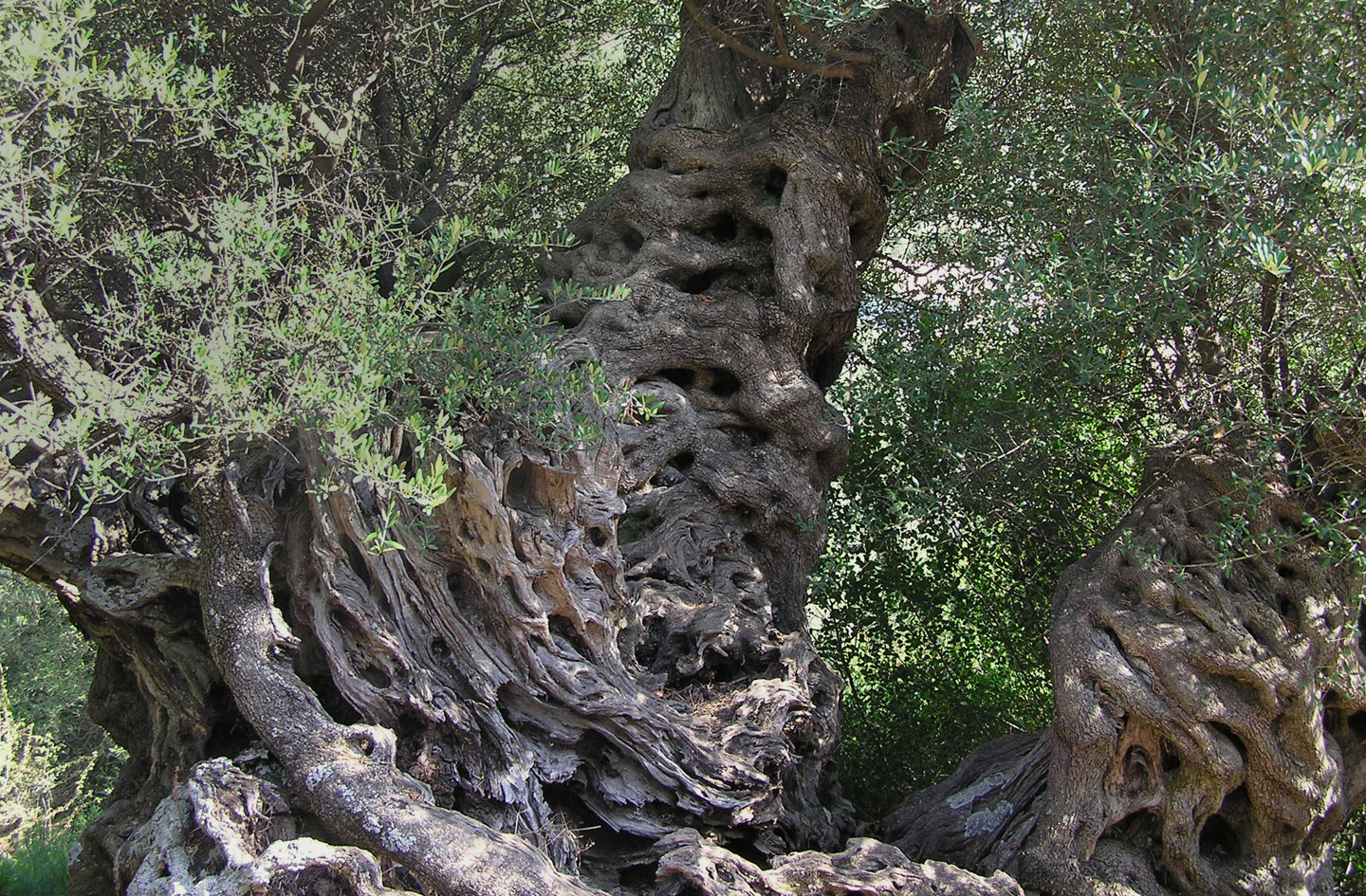 Lefkada’s trees are a world of their own, with their own history, since once upon a time the land was intensively cultivated. From Nydri to Vassiliki lemon and orange trees shade large expanses. Of course the olive tree reigns supreme, olive oil being the main produce of the island. Above Nikiana, on the Skaroi range, there are also oaks-one of the few forests on the island which is unfortunately still not sufficiently appreciated. 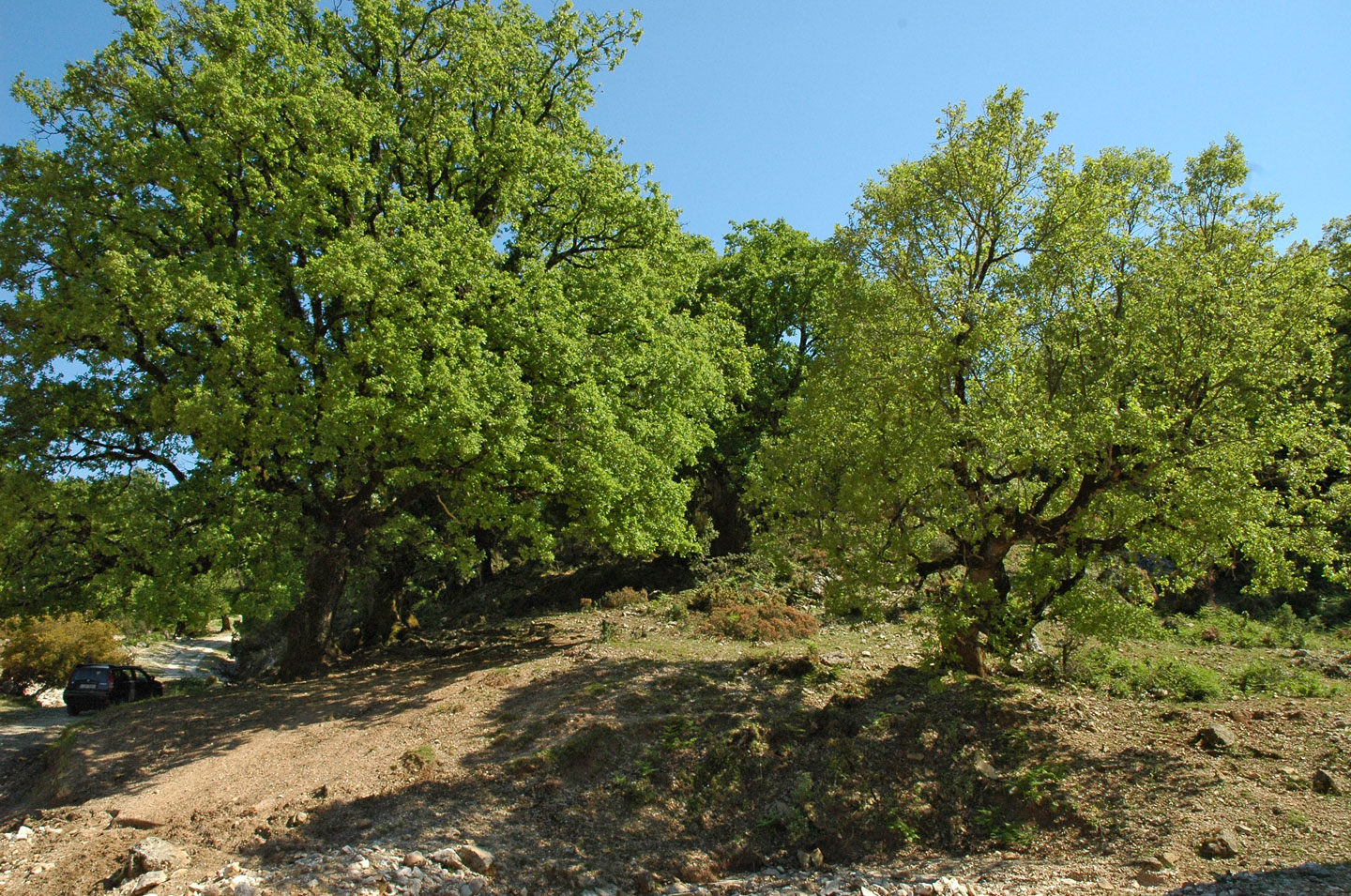 Almond and wild pear trees grow in the thickets, birches and plane trees in ravines and stream beds, willows by the waterfall in Rachi. And, finally, pomegranates and quince tangle in the hedgerows with clematis and honeysuckle. All of this and many more herbs, flowers and bushes make up a fascinating world, a paradise for nature lovers. 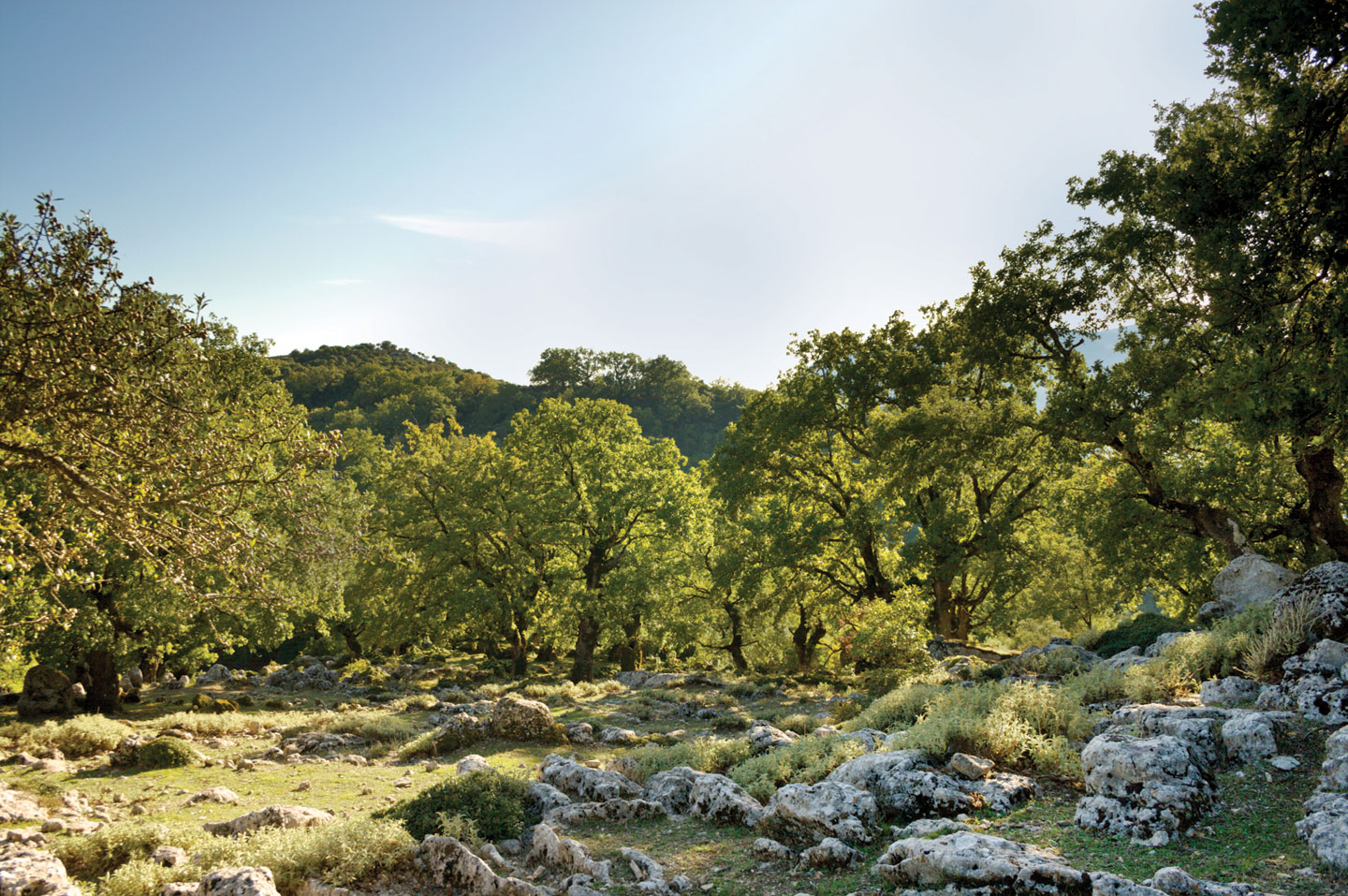 A few years ago a visiting botanist discovered a formerly unknown flower in the sands of Gyra which he called Arenaria Lefkadia. For those who are interested in such information, from spring to autumn Aris Kokotsis (tel. +30 2645041309, Alexandros, Lefkada) organize botanical tours and seminars on therapeutic properties of plants. On these tours, with our senses for guides, we enter into contact with the wonder-world of therapeutic plants for healing and learn how to use them.

More information on the flora of Lefkada you can find in the book "The Flora of Lefkada" by Babis Lazaris, © 2014 Fagottobooks Editions.