Lefkada and the museums 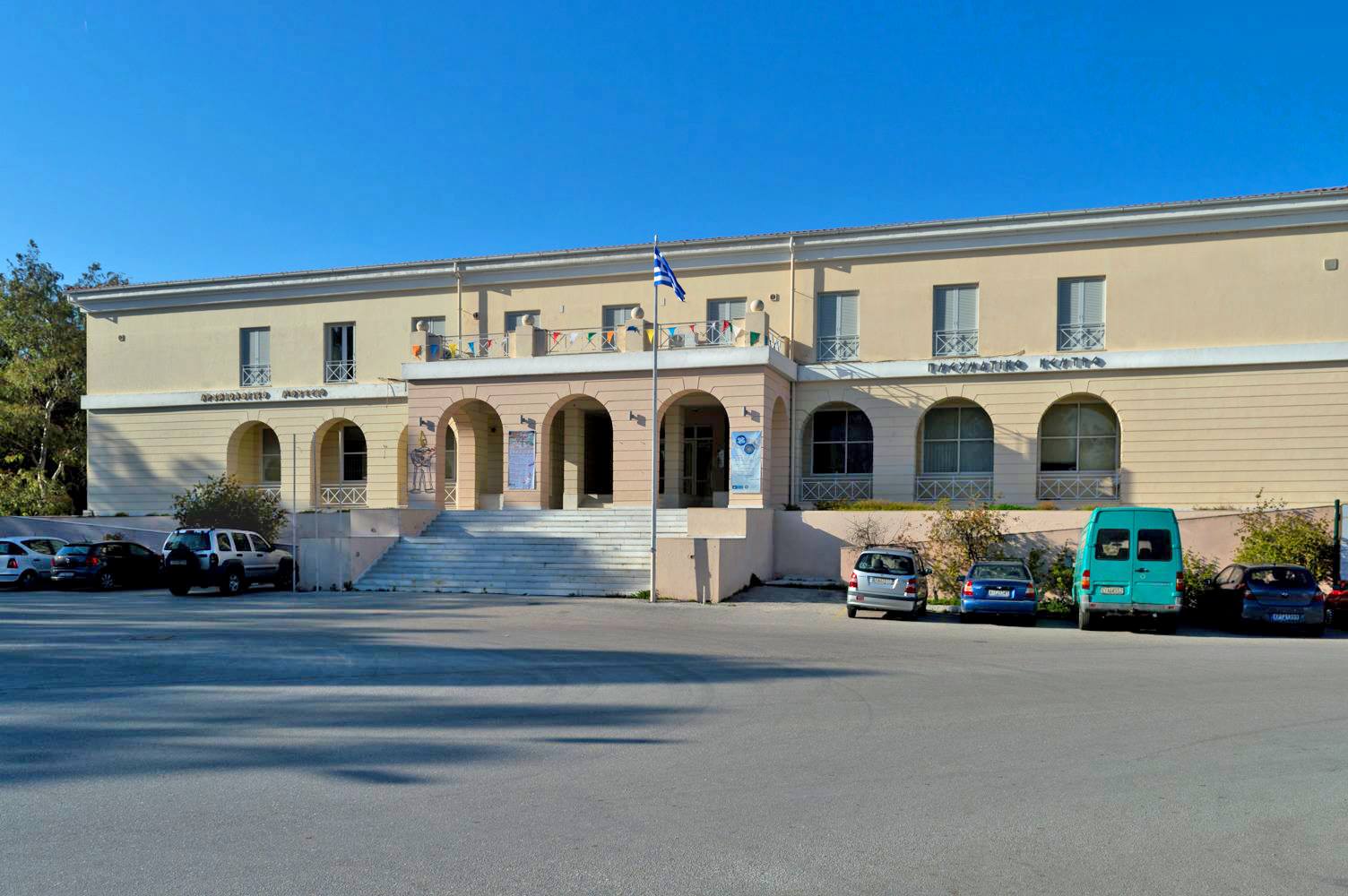 The Lefkada Archaeological Museum is housed on the ground floor of the old Town Hall where the Municipal Cultural Centre is also located, it is small but very well laid out and its exhibits of finds, photographs and accompanying information are instructive for the visitor, as to the region’s dynamics, the changes that had a decisive impact on its economy, its relations with neighbouring areas and the activities of its inhabitants in antiquity. The major part of the exhibits is constituted by the important work of excavation carried out at the beginning of the 20th century by the German archaeologist Wilhelm Dörpfeld, who, applying advanced and inter-disciplinary methods, searched the island for evidence to prove his theory that Lefkada was Homer’s Ithaca. 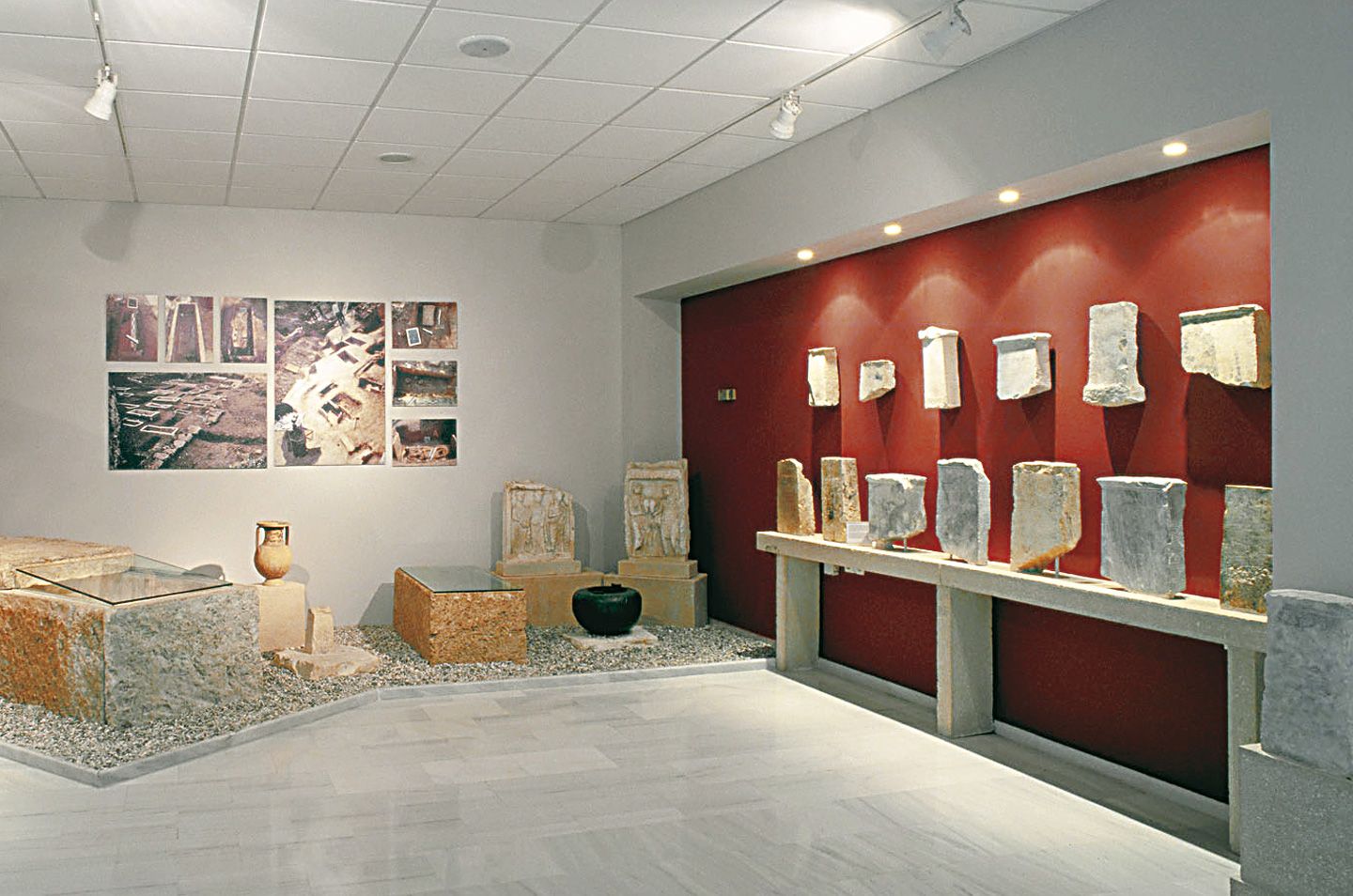 The museum’s exhibits cover an extensive period of time from the Palaeolithic to Roman times. Exhibits come from various locations on the island, such as the ancient capital Nirikos and its environs, the Chirospilia caves (in Evgiros, a village in southern Lefkada), Asvotrypa (in the village of Fryni, a suburb of Lefkada town), Chirotrypa (near the village of Apolpena), the Nymphs’ Cave at Agia Kyriaki, Boliatsos cave, the tombs in Nydri, the cemeteries of the ancient city of Lefkada, the Skaroi Hill, Meganissi and other sites. 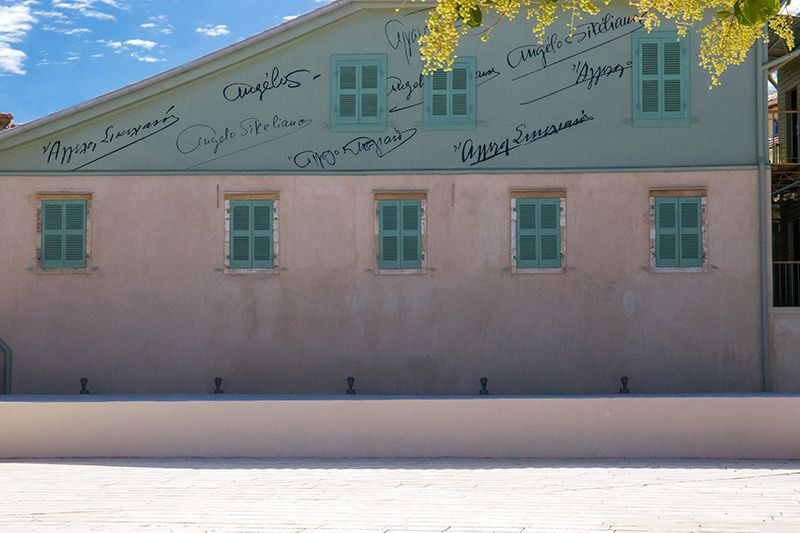 The house in which the world renowned poet and literary figure Agelos Sikelianos was born houses the museum which holds its name and which was entirely funded by the National Bank and delivered to the local community in 2017.
It is not another souvenir museum but a remarkable museum of international standards which sheds light into the ideas, the personality and the life of the famous lyric poet. 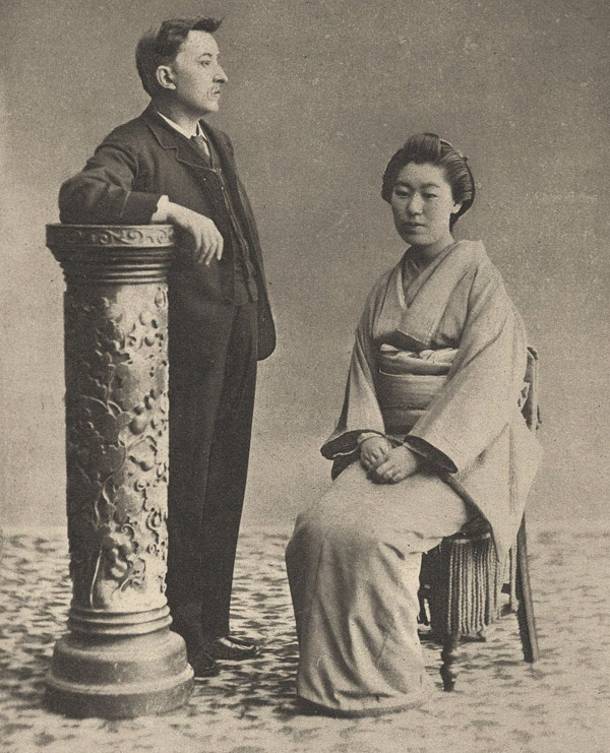 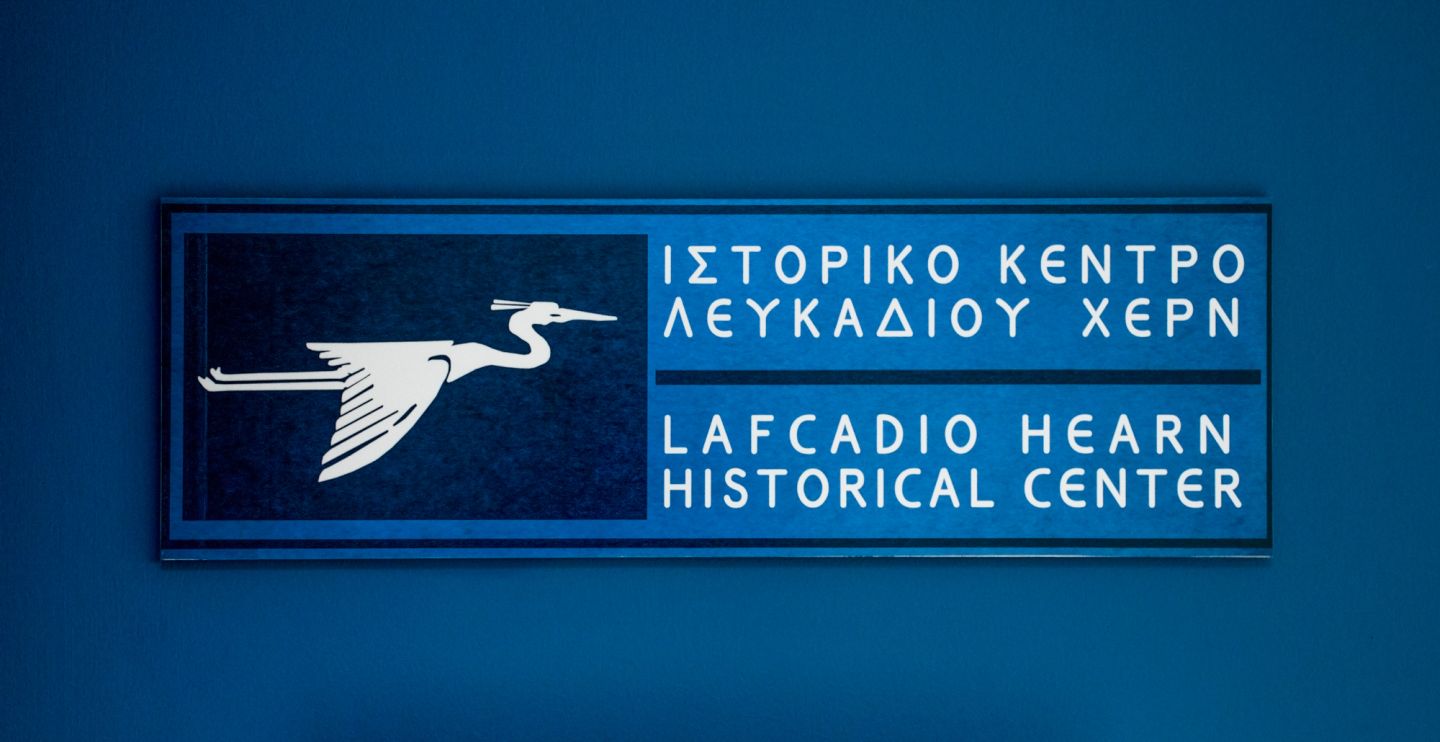 Lafcadio Hearn Historical Center is situated in the Cultural Center of the Municipality of Lefkada. The visitor with the help of texts, photographs, exhibits and audiovisual applications will explore the milestones of the extraordinary life of Lafcadio Hearn along with the cultures of Europe, USA and Japan of the late 19th and early 20th century through the Open mind of Hearn writings, lectures and tales. 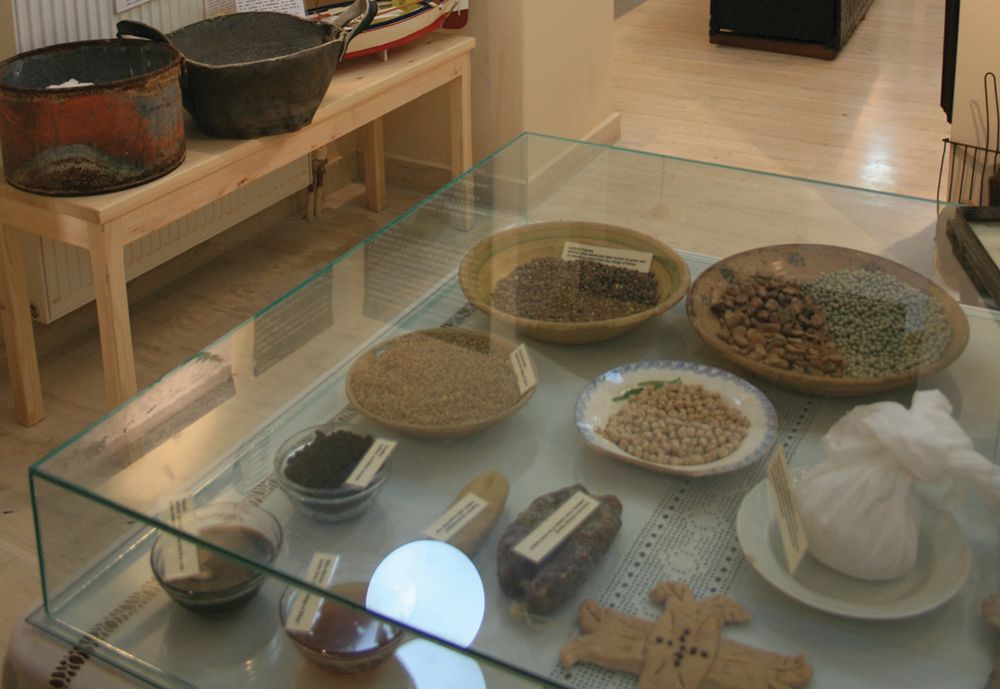 It exhibits more than a thousand functional objects of Lefkada's farm life, tools of old crafts as well as traditional costumes, embroideries, etc. It is now housed in its own restored building - a typical example of the architecture of the British period- behind Lefkada's central square. 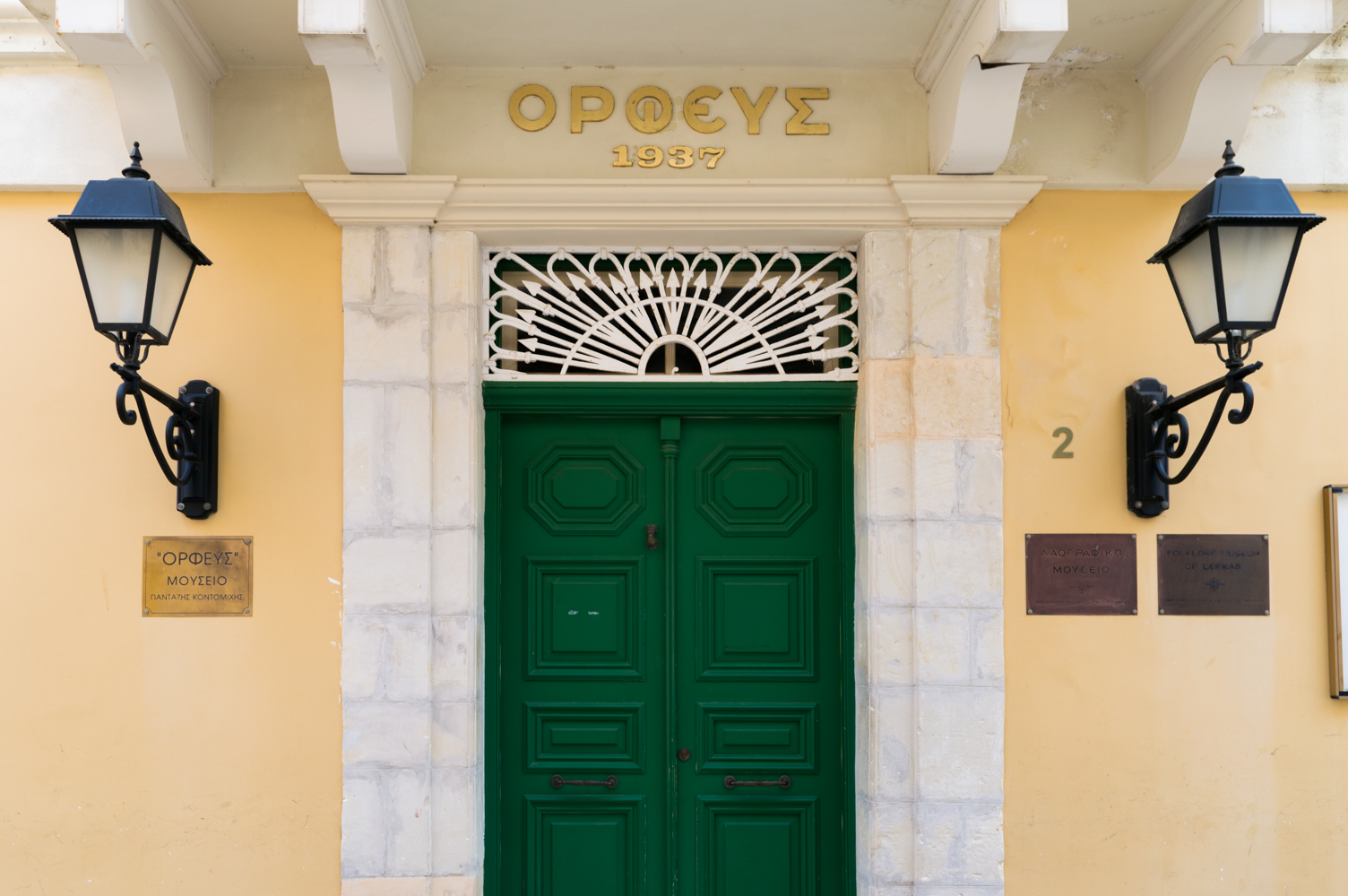 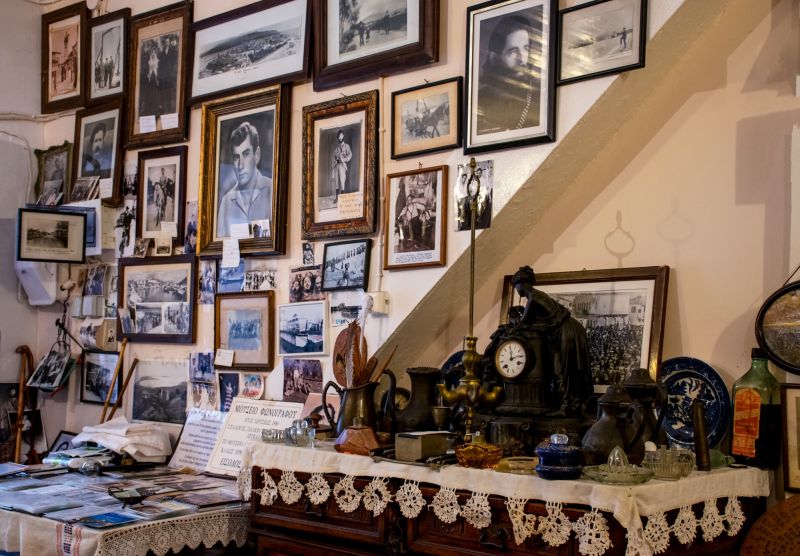 This museum is located in the old town of lefkada, a small-sized private museum with phonographs, records, rare objects of use, decorative objects, coins, seals and photographs. It is the creation of a local collector Takis Katopodis (Delimaris). 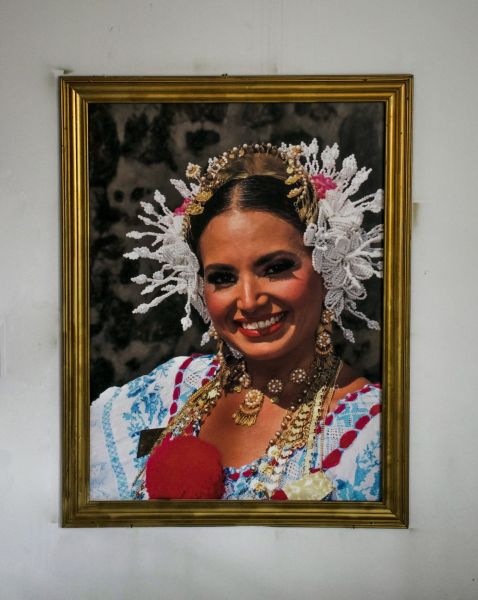 Established in 2012 and housed inside Lefkada’s Cultural Centre, it exhibits items that are directly connected to the long trajectory of the International Folklore Festival such as traditional costumes from various countries, embroidery, musical instruments, flags, medals, traditional music cassettes, etc. Its purpose is to showcase the multidimensional intercultural bond that has been developed for over 50 years between Lefkada and the hosted countries. 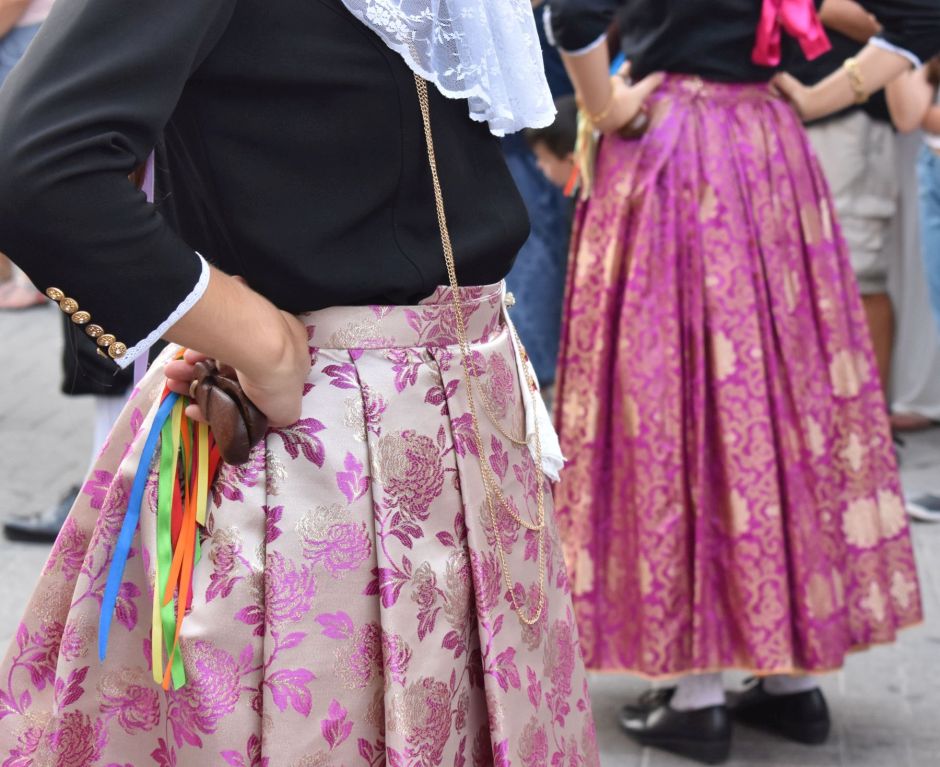 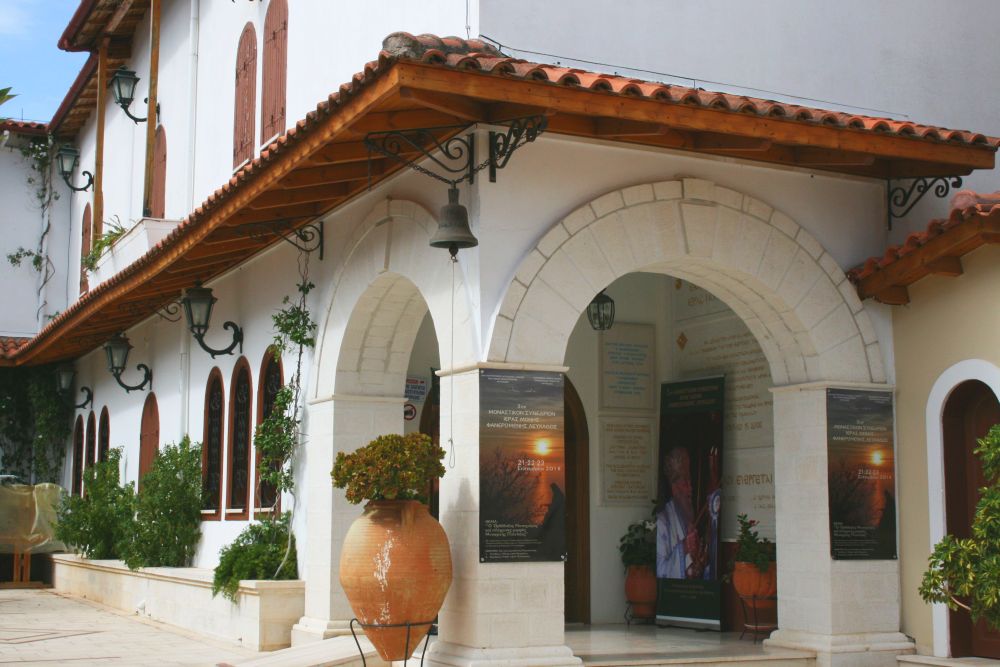 The ecclesiastical museum of Faneromeni was established in 2006 and is housed next to the monastery. The museum exhibits relics from the monastery and from other churches and monasteries of the island, rare ecclesiastical manuscripts, incunables and editions that date from the era of the Turkish Rule, post-byzantine pictures and altarpieces by Ionian and Lefkadian iconographers, vestments and various silver and golden items such as chalices, crosses and plates. 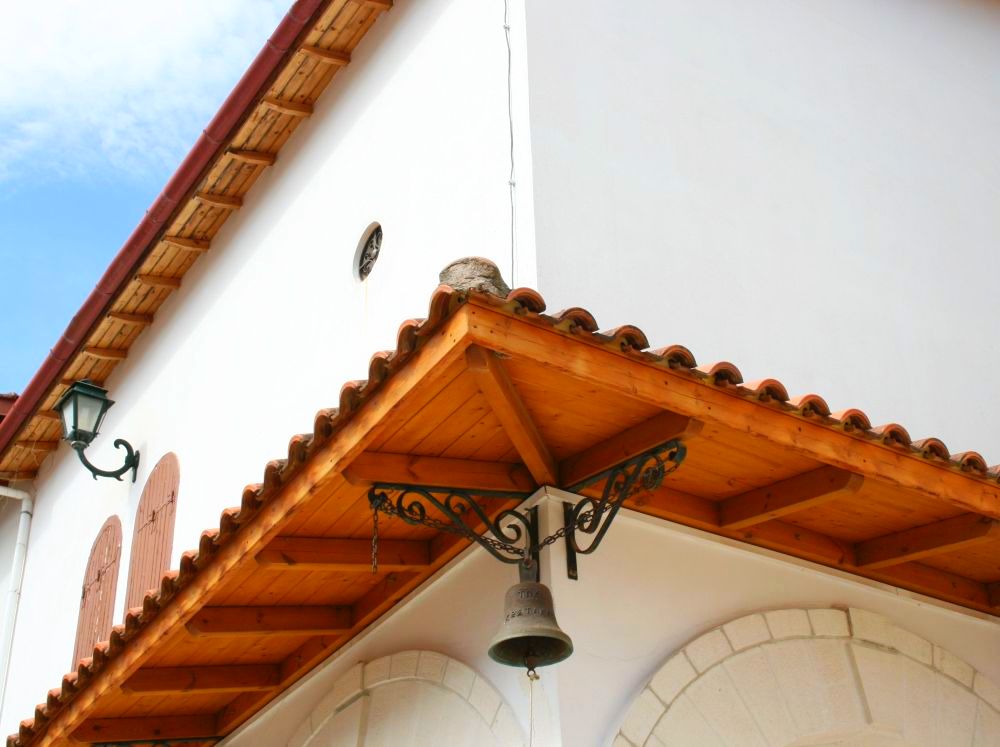 The Nikos Thanos Morinas Maritime Museum operates from 2011 in the basement space of the Faneromeni ecclesiastical museum. Its exhibits include 60 handcrafted wooden ship models and maritime tools from all over the world crafted by the top musician Nikolas Thanos “Morinas”. 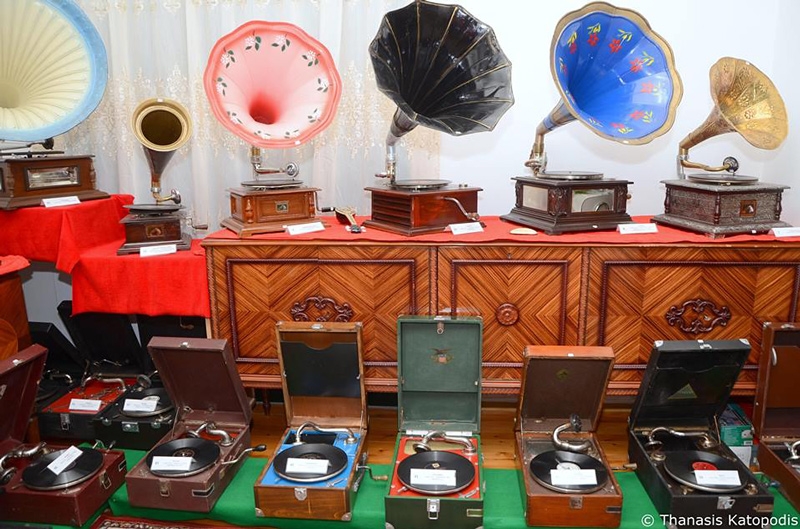 The Museum of Gramophone, Radio, Phonograph & Music was established in 2015 by the collector Christos Vlachos (Zlumis). Its exhibits come from the personal collection of its founder who collected rare old gramophones, phonographs, radios, turntables, jukeboxes, reel-to-reel tape players and thousands of discs. 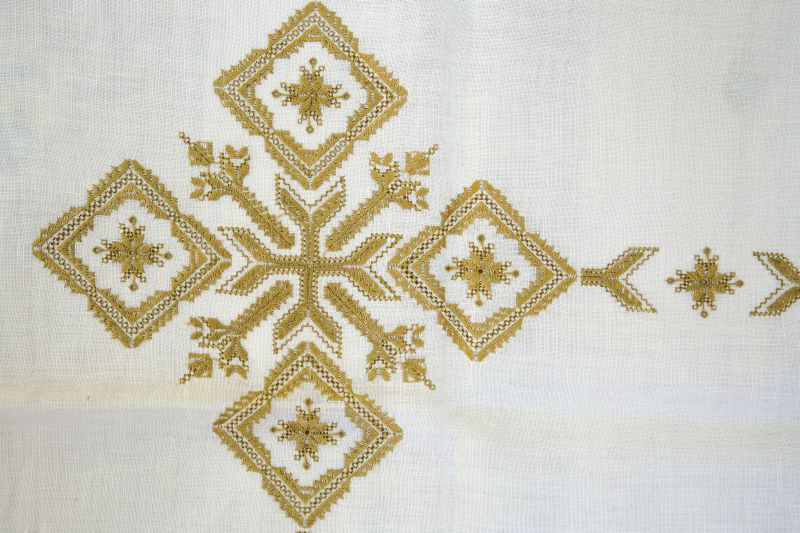 The museum is housed inside a traditional house of Lefkada and exhibits a large collection of handmade embroidery knitted with the technique of the “karsaniki stitch”, a global innovation in the area of needlework, spearheaded by Maria Stavraka “Koutsochero”. This technique spread rapidly to the other embroiderers of the village and became known throughout Greece, decorating even the king’s palace. The museum portrays original embroidery by Maria Stavraka, as well as a range of old objects which take the visitor to a different era. 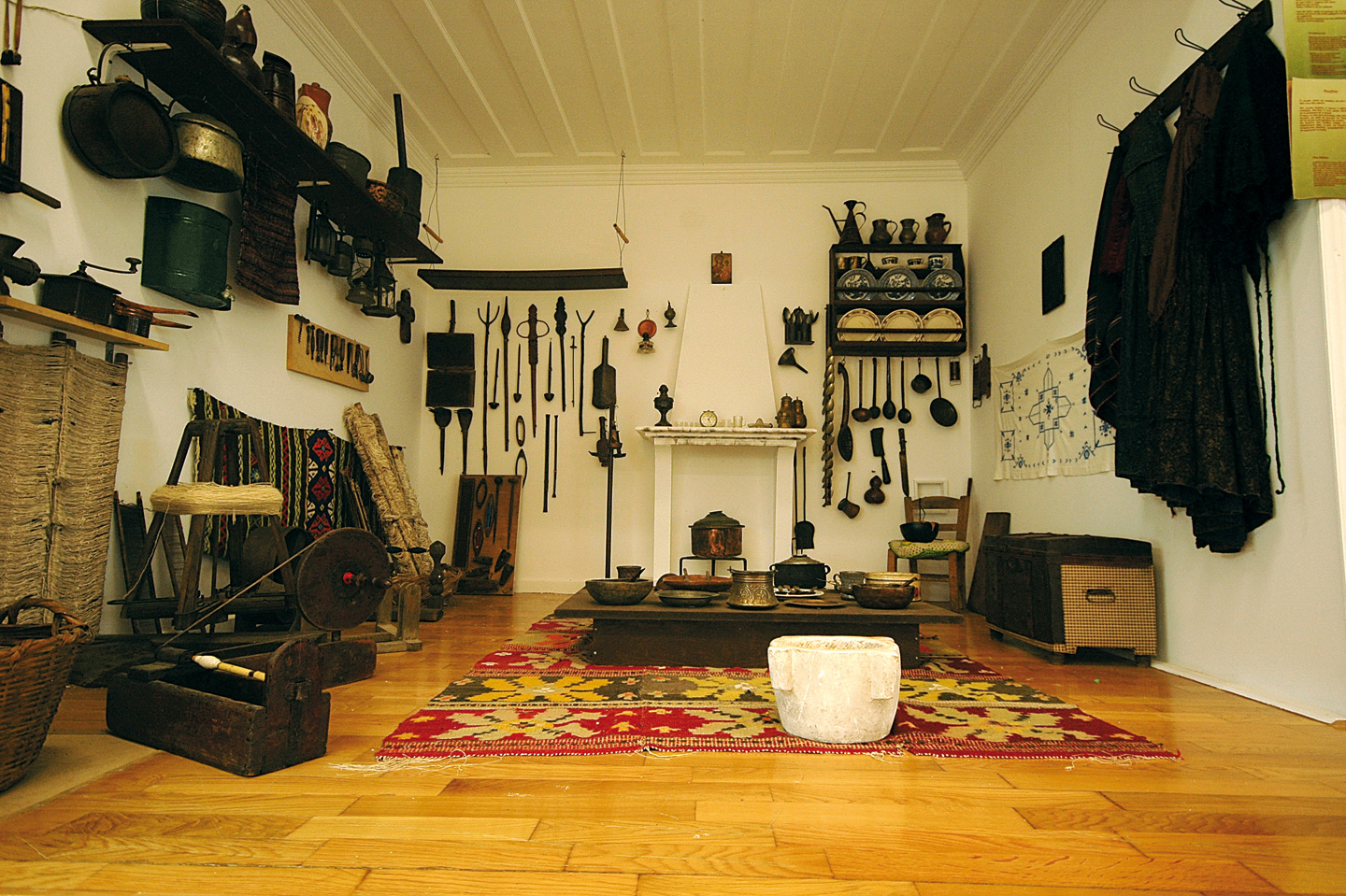 It opened in 2004 and is housed in the renovated old elementary school of Kavalos. The museum was named Kontomichio in honour of Pantazis Konomichis, the local philologist who studied the history and culture of Lefkada. The museum exhibits various items connected with the traditional professions, objects and tools from the pre-industrial age as well as traditional textiles and costumes from the area of Sfakiotes. 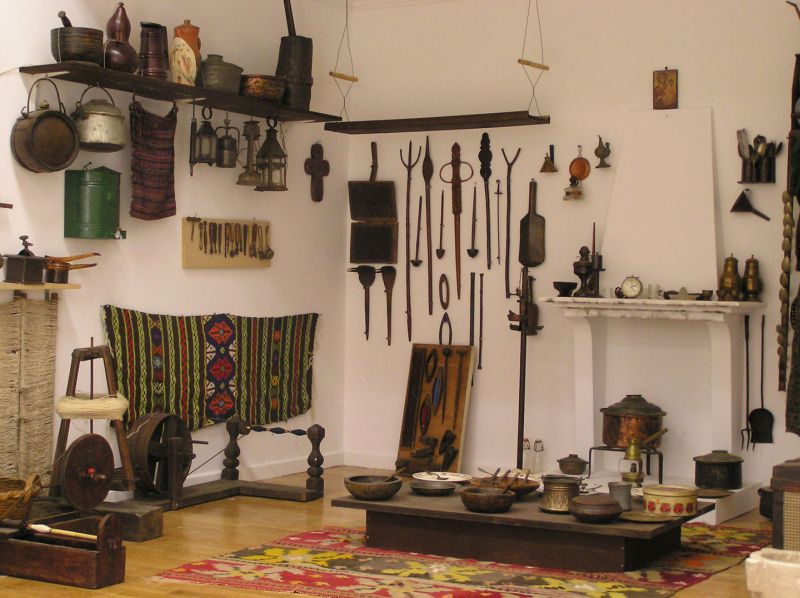