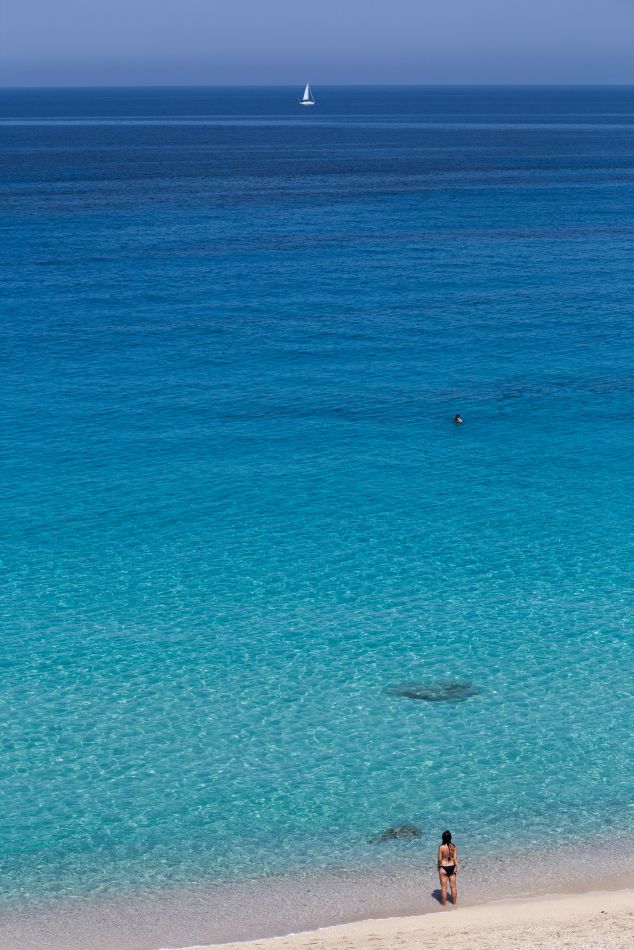 When the mistral blows

Stay away from the west side beaches (Kathisma, Porto Katsiki, Egremnoi) because the waters there are very deep and the waves can become dangerous. You can go instead to Agios Nikitas beach and all the east side beaches (Lygia, Nikiana, Nydri, Vassiliki) whose waters are always calm.

If you are a fan of nudism, then Pefkoulia will become your favorite beach. It can be easily accessed, it is semi-organized and doesn't get as crowded as the other popular beaches during the peak of the summer season. Right after the big rock you will find the nudist area. 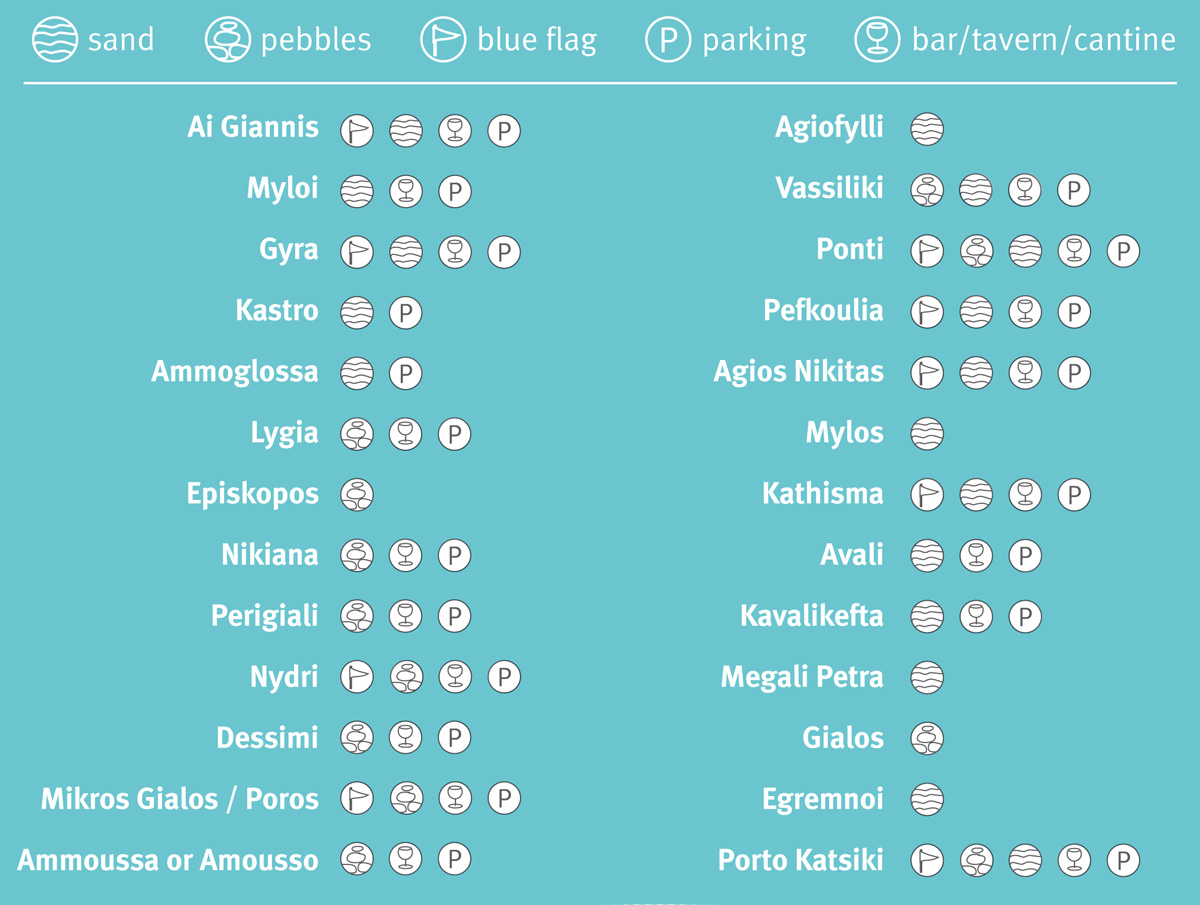 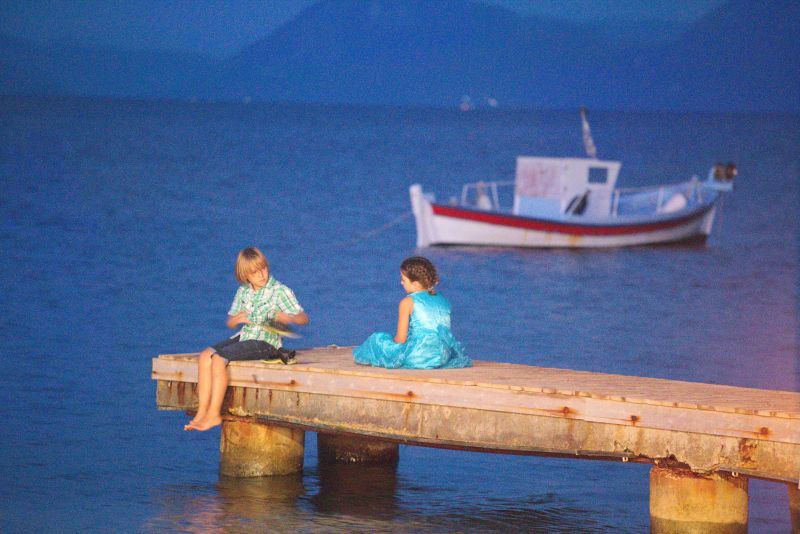 To visit Lefkada you don't have to go through the hassle of taking the ferry boat, since it is the only island in Greece which can be reached with the ease and comfort of your car.

Many hotels, villas and rooms to rent in Lefkada offer green open spaces where your children can play safely, swimming pools for kids as well as playgrounds.

In many tavernas and restaurants you will find big green open spaces as well as seats for small children. If you want to combine swimming in the beach with a meal right after, you can choose a beach bar with an outdoor space that offers comfort and lots of fun for the kids.

Take a walk in nature

Wonder around in the cobbled streets of the town, in the small paved alleys, see the beautiful quaint houses and make a stop to enjoy a refreshing cold drink or a dessert in the square where the kids can play safely.

Oasis for the kids

Lefkada has many public playgrounds for the entertainment of its young visitors. The most popular ones are located in the beach of Lefkada, in the marina and the Lakis Sandas square. 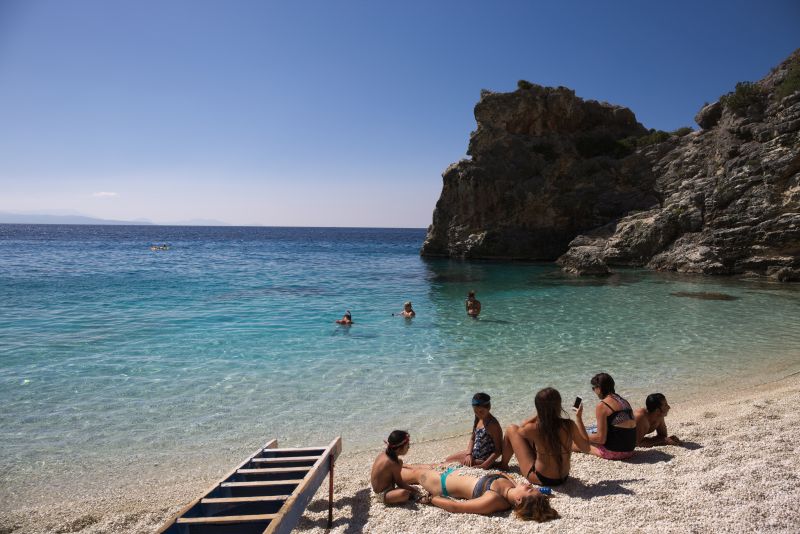 The east side beaches (Lygia, Nikiana, Nydri and Vassiliki) are ideal for family swimming because their waters are calm, without waves and children of all ages can have hours of carefree fun both inside and outside of the sea. We also recommend you to visit the golden beach of Agios Nikitas which is very well protected from the wind. You can also swim without any worries in the turquoise waters of the beaches next to the town of Lekada (Kastro, Gyra and Ai Giannis) which are not too deep and normally don't get very crowded, especially during the morning hours.

The beaches of the west side are without a doubt in the spotlight during the summer season (Kathisma, Porto Katsiki, Egremnoi, etc.). However, you should be extra careful because the waters there are deep and should be avoided when there are lots of waves. Many beaches in Lefkada have umbrellas, sunbeds and canteens which offer snacks and juices.

Safe Water Sports: Download the free application to find the water sports businesses that are licensed and have all the necessary safety certifications.

Sailing in the Ionian 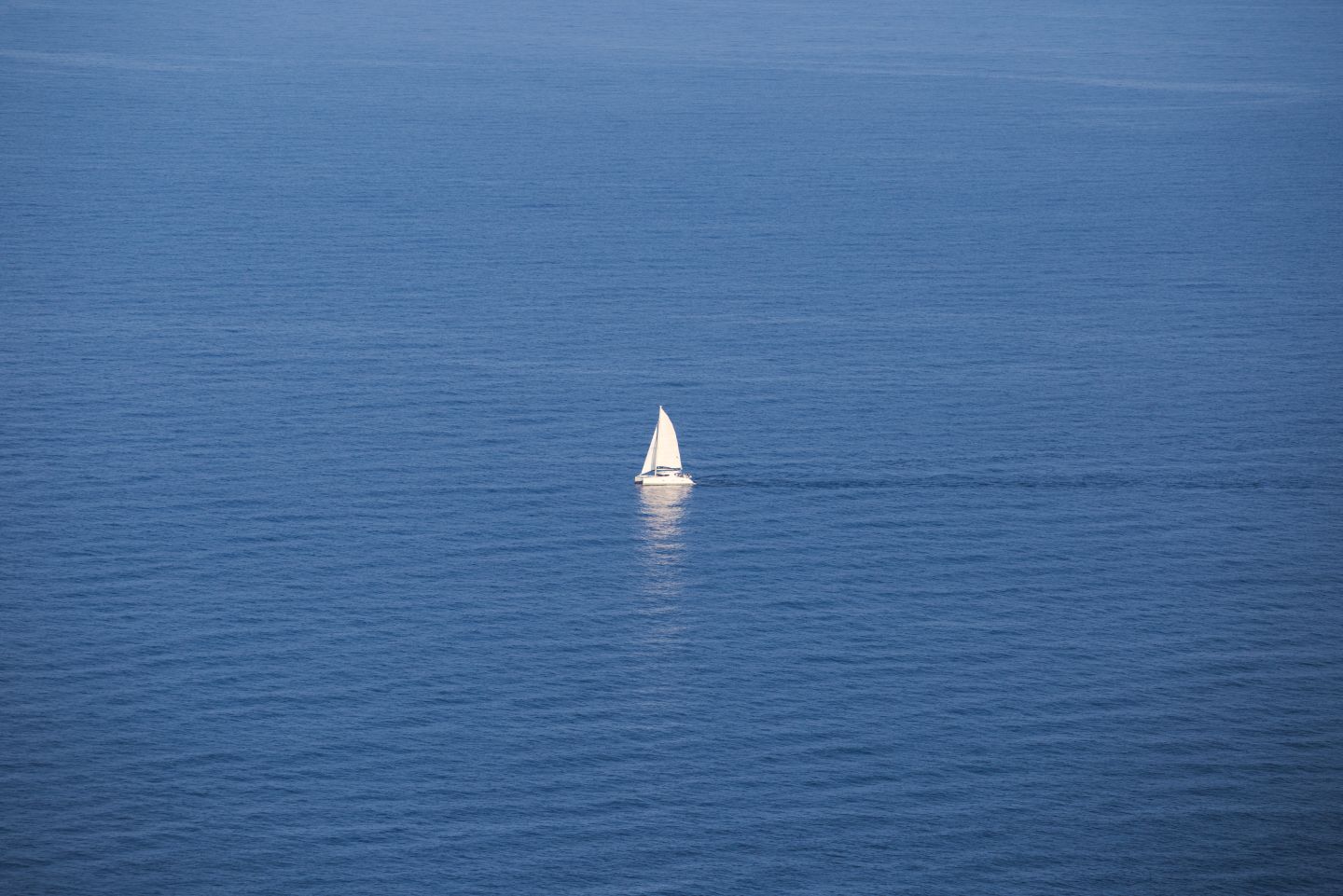 The sea area between Lefkada, Ithaki and the opposite mainland coast is considered by experts ideal for boat rides and sailing. Some of the Lefkada’s harbours and bays which are worth visiting by boat are the following: Nydri, Vlycho bay, Dessimi bay, Mikros Gialos, Syvota, Agiofylli, Vassiliki bay. Sailing around the impressive Cape Lefkatas, visit some of the most famous beaches such as: Porto Katsiki, Egremnoi and Megali Petra. The south coast is rocky and steep, with very deep waters. The west coast is particularly exposed to northwest winds that blow in the afternoon; however, you can anchor at the beaches near Thileia island, and also at the north-western end opposite Kithros islet with its interesting beach named ‘’Beretta’’.

No matter how calm the sea is on the western side, you shouldn’t spend the night there because weather can change suddenly. Be extremely careful in the Cheiromitis Shoal as well as in Atherinos bay. Most of the island’s anchorages are on the northern coast, while there are quite a few on the east coast as well.

If you are searching for a boat/ yacht to charter, click here. 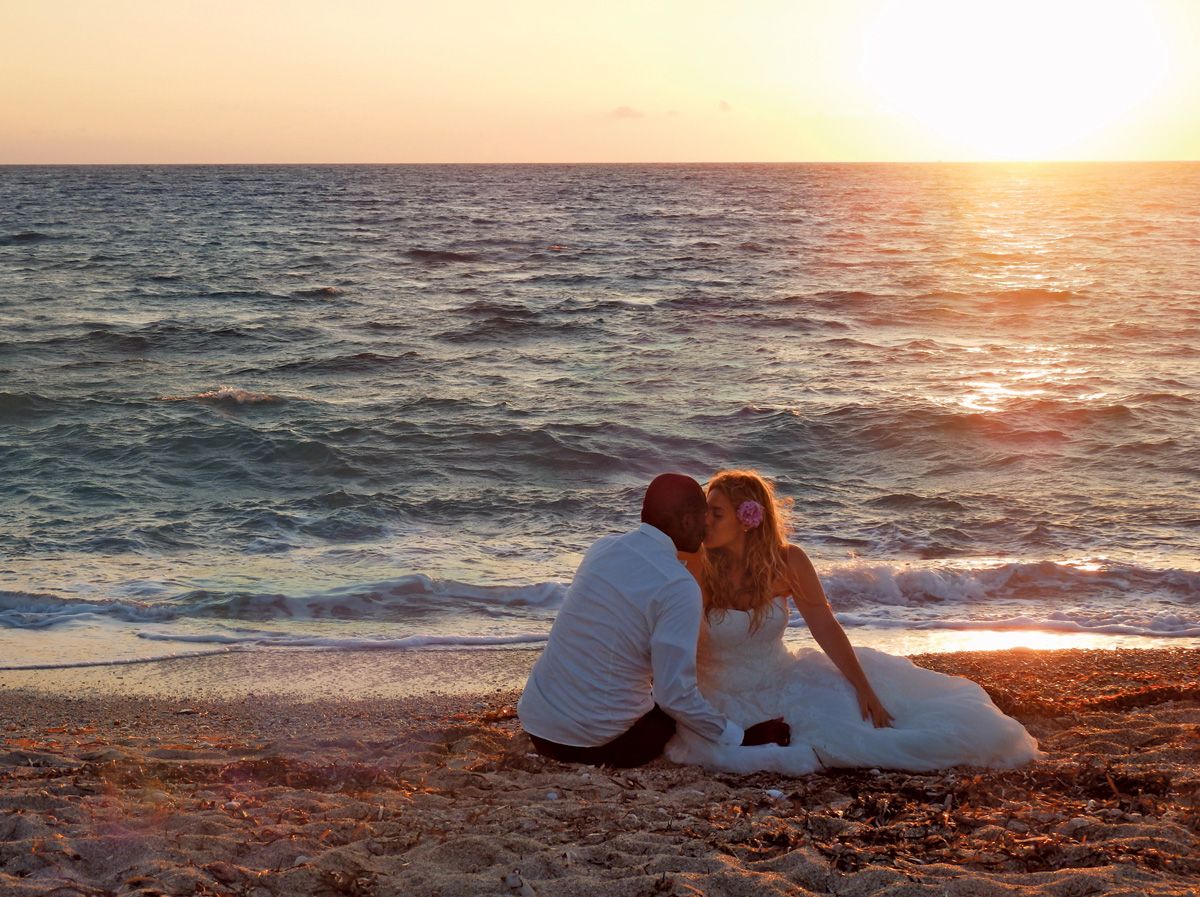 The west coast offers stunning sunset-seeking spots; hold the hand of your other half and enjoy the phantasmagorical view. An excellent spot with completely unobstructed views of the sea is at Profitis Ilias at Englouvi. Another excellent spot in Lefkada is at Akrotiri Lefkatas, where the sun sinks into the deep blue of the sea. 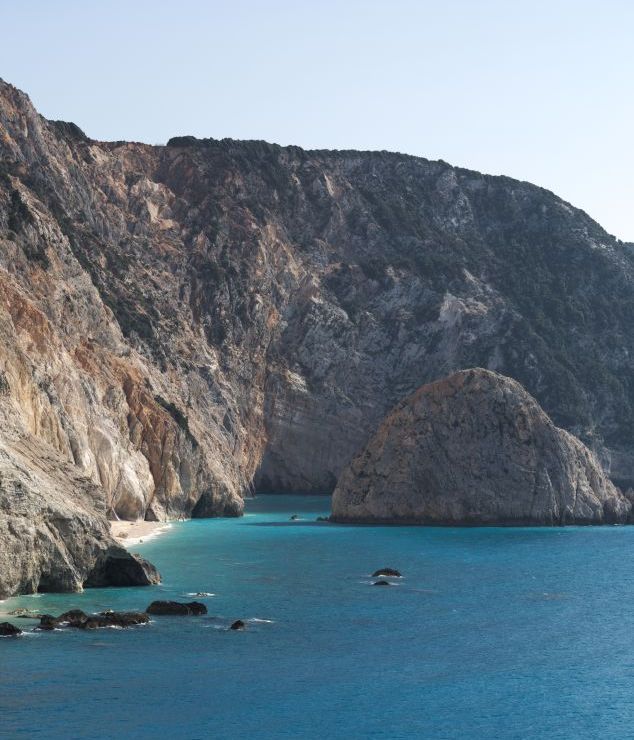 Lefkada comprises 24 islands scattered within a tiny archipelago. It is located in the top half of the western coastland of mainland Greece, between Corfu and Kefalonia and is the fourth in size Ionian Island. Lefkada’s landscape combines scenery both idyllic and rugged, inviting the visitor to roam in the history of the Ionian Islands while giving the satisfaction of discovering exciting secrets in every corner of the island. Lefkada’s internal archipelago is considered by experts to be one of the best seas for sailing in the world.

Lefkada enjoys all the advantages of an island without the disadvantage of accessibility; a floating bridge connects it to the mainland with traffic flowing uninterrupted.

The greater part of the surface area is hilly, peaking at Stavrota at 1182m. The biggest plain is in the south in the Vassiliki area. 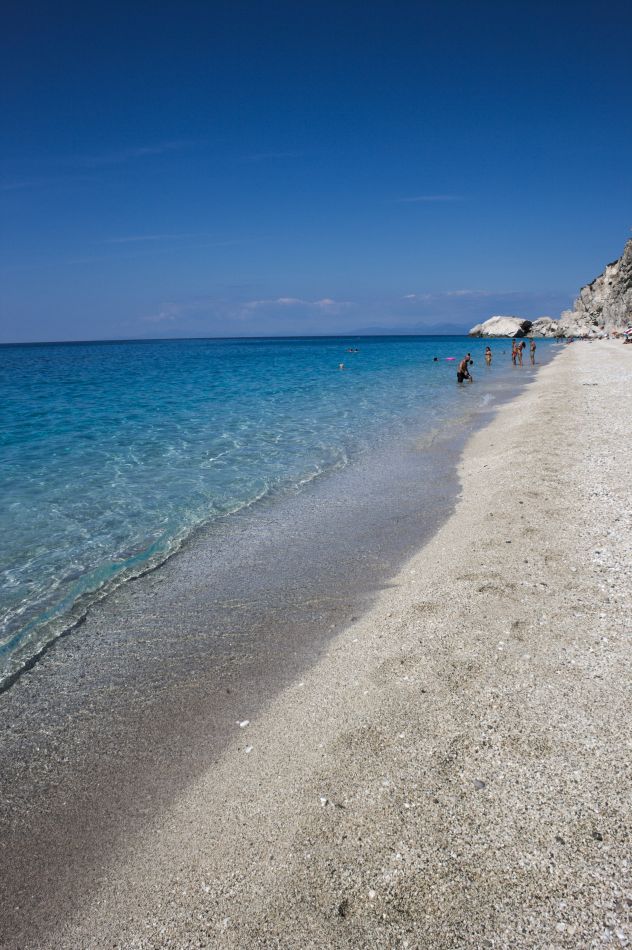 From December to February, the temperature can drop to about 10°C, it often rains but it never snows and the sunny periods are quite frequent.
Spring (March to May),  is pleasant and sunny in Lefkada, the days with some rainfall become less and less frequent and the temperature rises gradually, with highs around 22°C.
The weather is hot and sunny during the summer (June to August), with highs around 30 °C.
September is still very much summer weather in Lefkada, with average maximum temperatures still 28°C but cooler nights. In October, temperatures are generally pleasant but the rains are frequent. 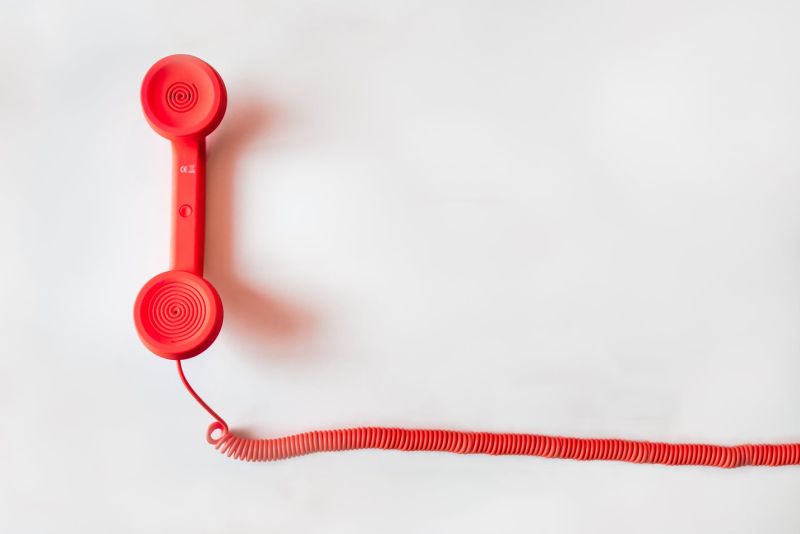 to get you out of any sticky situation while in Lefkada 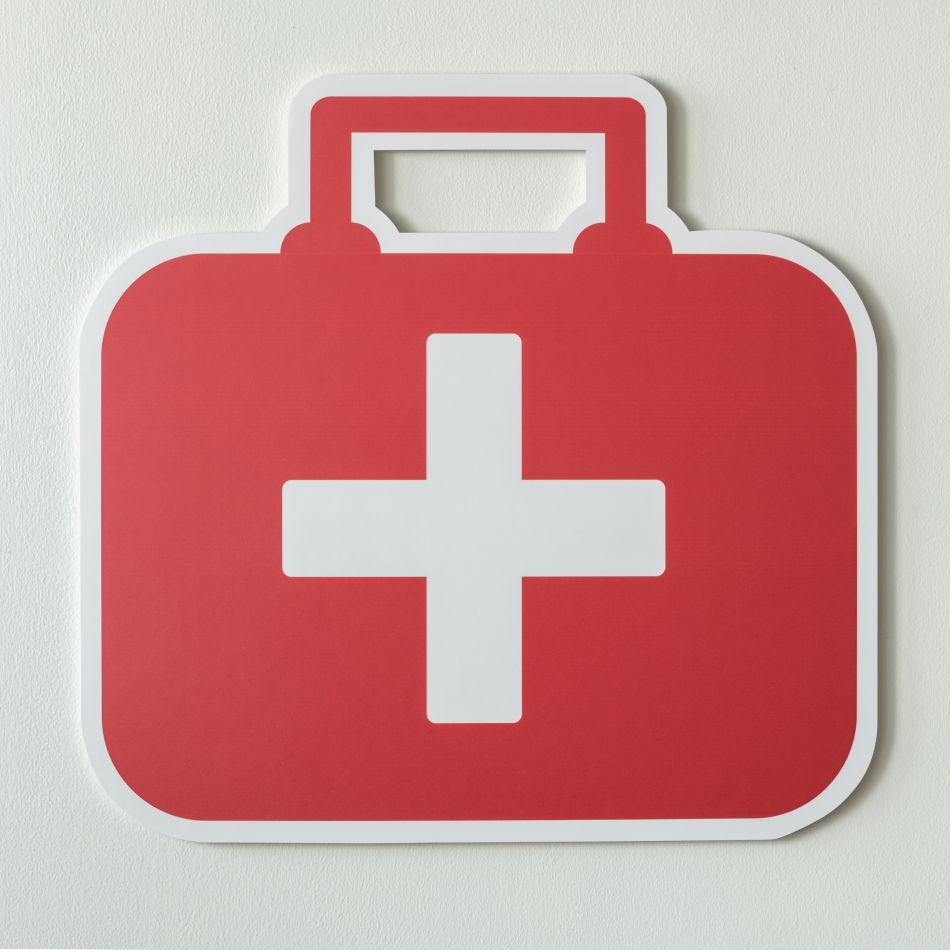 Pharmacies in Lefkada are open from 8.00 a.m. to 14.00 a.m. and from 18.00 p.m. to 20.30 p.m. If you are in an emergency situation and you need medicine during the night, a weekend or a holiday, you can find out the which pharmacy is open by checking the ''on duty'' schedule which is posted on every pharmacy's door or check it here 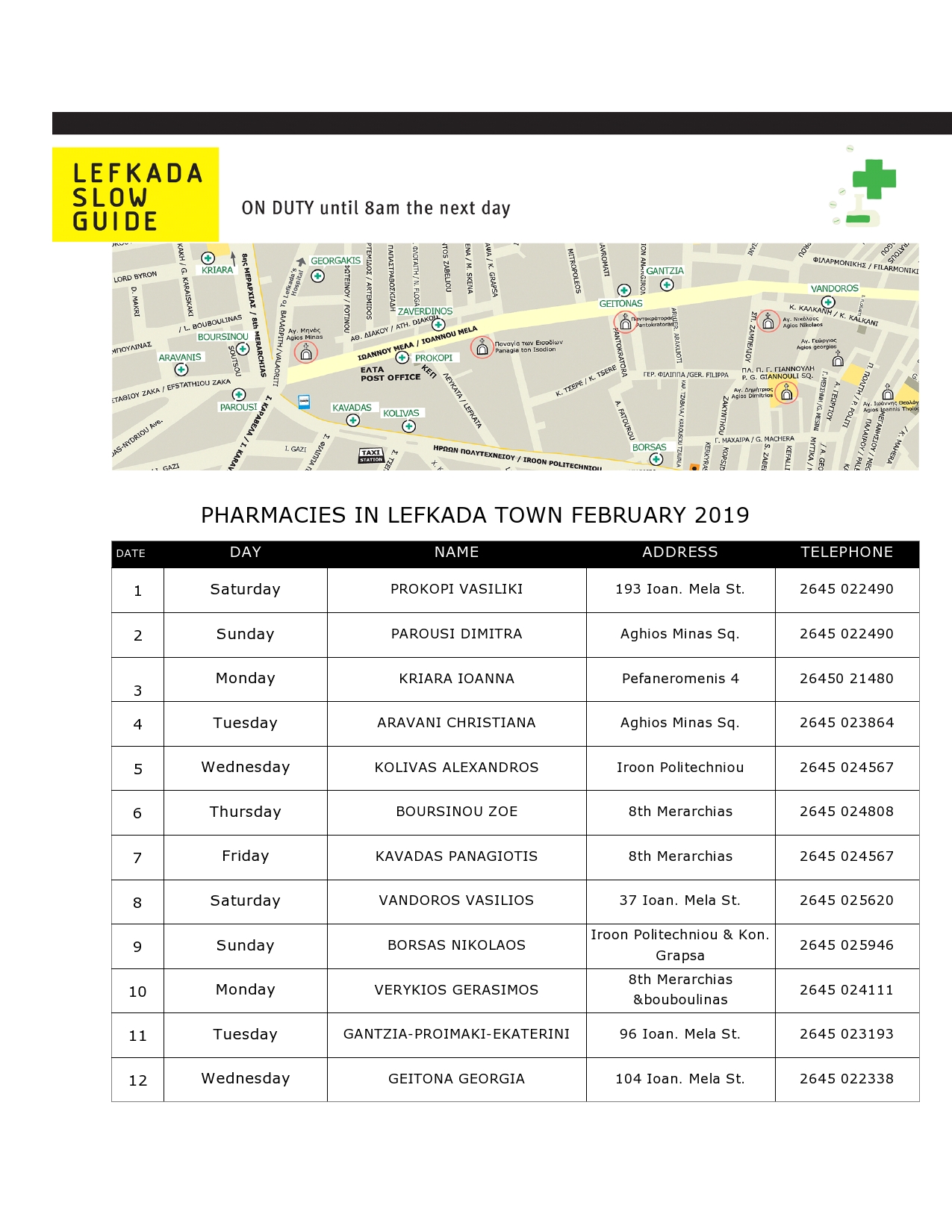 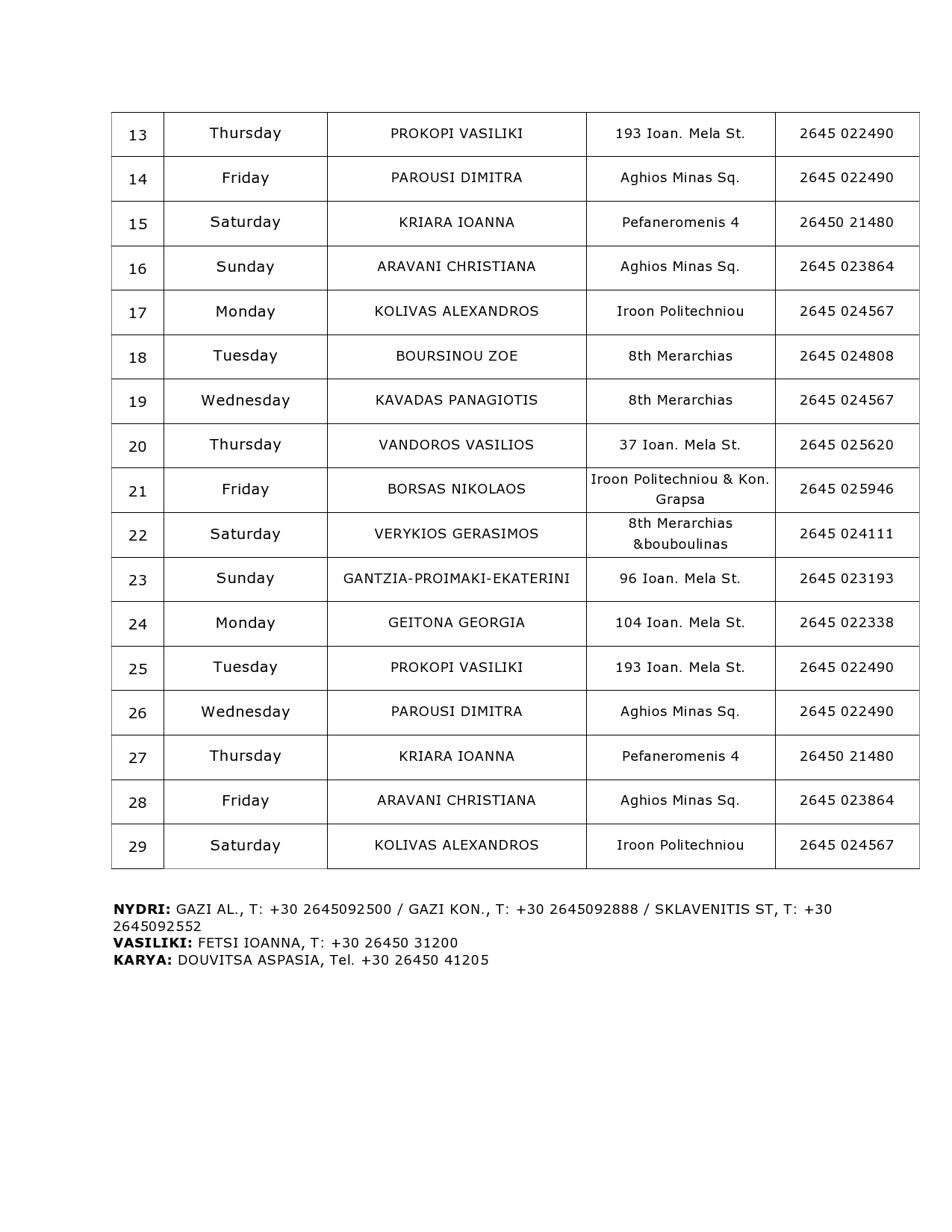 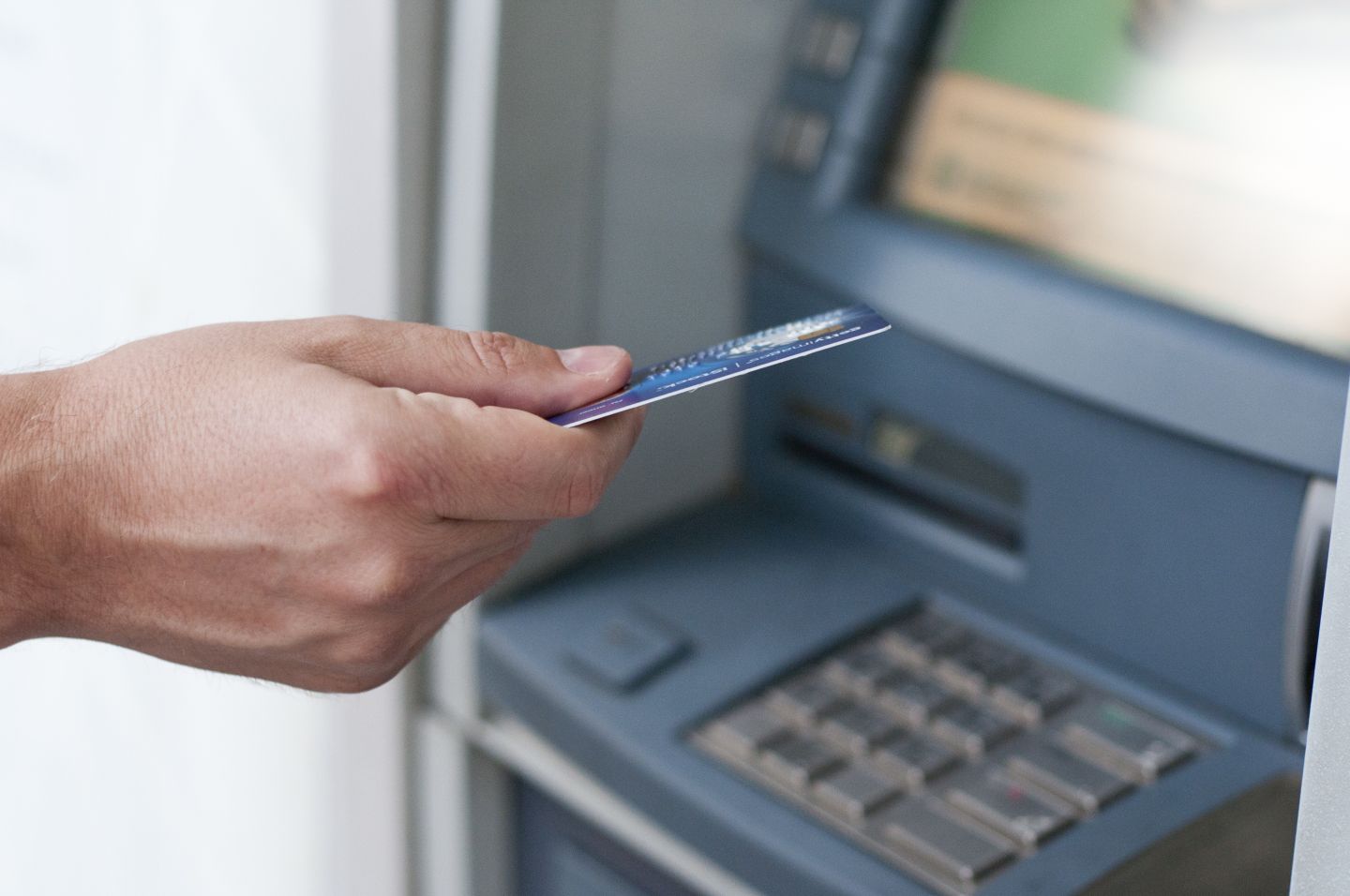 This converter allows you to determine the value of other currencies compared with the euro. 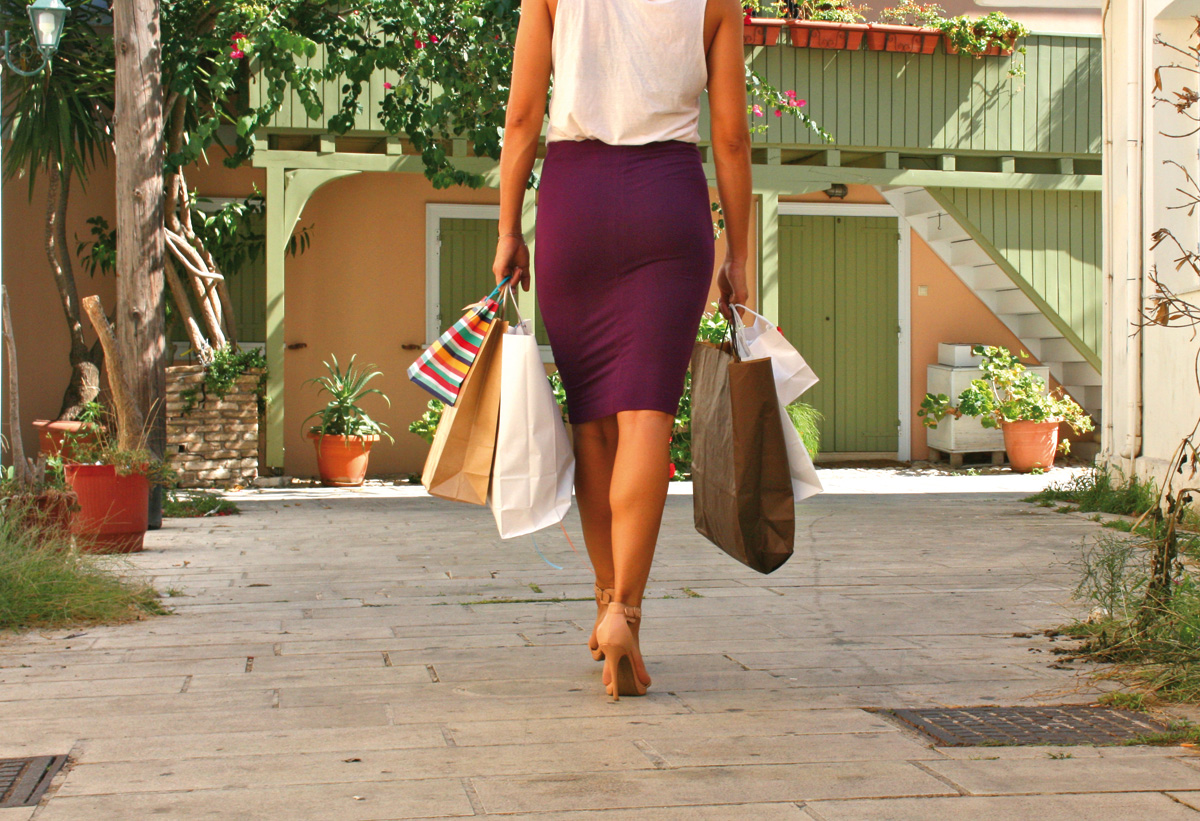 Supermarkets operate a continuous shift up to 21.00

7 things you may not know about Lefkada Lefkada has multiple names but none as  appealing as ‘the island of poets’. The name stems from the famous poets and writers who have been born or lived in the island such as Valaoritis, Sikelianos, Malamou-Dipla, Golemis, Hearn etc. In Lefkada you will discover the amazing landscapes that inspired the poets and you can satisfy you cultural curiosity by visiting the Angelos Sikelianos museum and the Lafcadio Hearn Historical Centre.

2. Lefkadians were born with musical blood running through their veins Due to the cultural contact with Italy, Lefkada has a rich musical heritage. Actually, Lefkada’s Philharmonic Orchestra is Greece’s second oldest philharmonic after Corfu’s. In Lefkada there is at least one musician in every family and that makes sense as there are several music associations and  orchestras despite the fact that Lefkada is just a small island. Porto Katsiki is in the top of the list of the best beaches in Europe and one of the island’s major attractions but did you know that katsiki in greek means goat? Porto Katsiki gets its name from the beloved animal because formely only goats could reach this area. Legend connects the Cape Lefkata or Nira to stories of redemption from unfulfilled love; most famously the lyric poetess Sappho threw herself off the cliffs here to be liberated from her unrequited love for Phaon. Despite the sad tale, you should definetely visit the Cape Lefkata because the view from this spot is just amazing.

5. Was Lefkada the home of Odysseus? The German archaelogist W. Dorpfeld claims that Lefkada is the Homeric Ithaki. His theory is based on geographical indications and excavation findings mainly in Nydri area. When in Nydri, you can visit one of the excavation sites.

6.You can come here by car It may sound strange, but it’s true. Lefkada is the only island accessible by car, without the cost of a ferry; a floating bridge connects it to the mainland with traffic flowing uninterrupted.

7. Lefkada has a unique architecture Lefkada is a town of incredible architecture built, rich with colourful details and inspiring places.The distinctive architecture of the city is owed to the cultural heritage of the Venetian conquerors and the intense seismic activity of the region. Take the time to stroll around Lefkada so as to admire the colourful buildings.