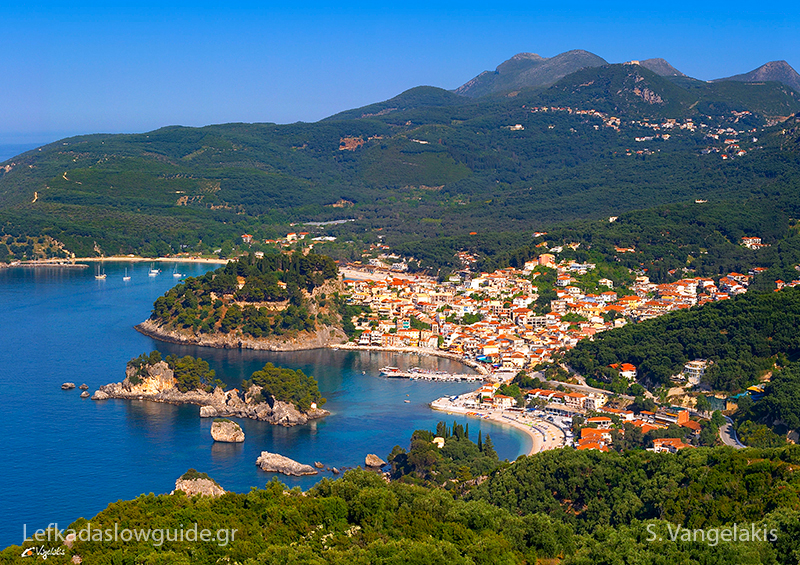 This picture-perfect town is characterized by its architectural style and is built amphitheatrically, overlooking the bay. The Venetian influence is very visible in this town which is an example of the island-aspect of mainland Greece; Parga could easily be considered the eight Ionian island. It is said that Parga was founded by inhabitants of Constantinople who moved here after the Fall of the Byzantine Empire’s capital in 1453. Later, Parga became strategically important to Venice due to its location. During the Greek War of Independence of 1821, its inhabitants actively fought against the Turks. 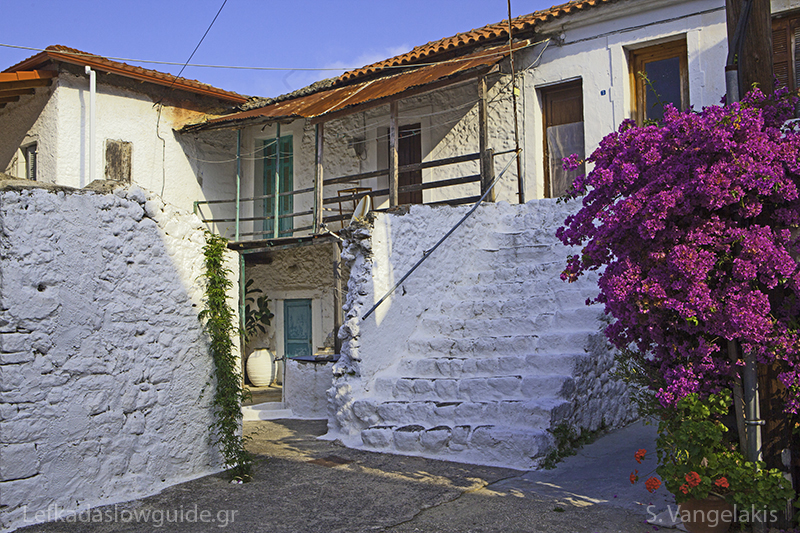 A stroll on the waterfront to admire the picturesque multi-coloured two-storey buildings with wooden balconies, and down the small alleys with the beautiful courtyards, with lead you to the boat that will take you to the lushly green islet of Panagia. You should also visit the medieval Castle that stands guard over Parga, an integral part of its history; also worth visiting are Parga’s multitude of churches as well as the rare heirlooms that are kept in the town’s Ecclesiastical Museum. 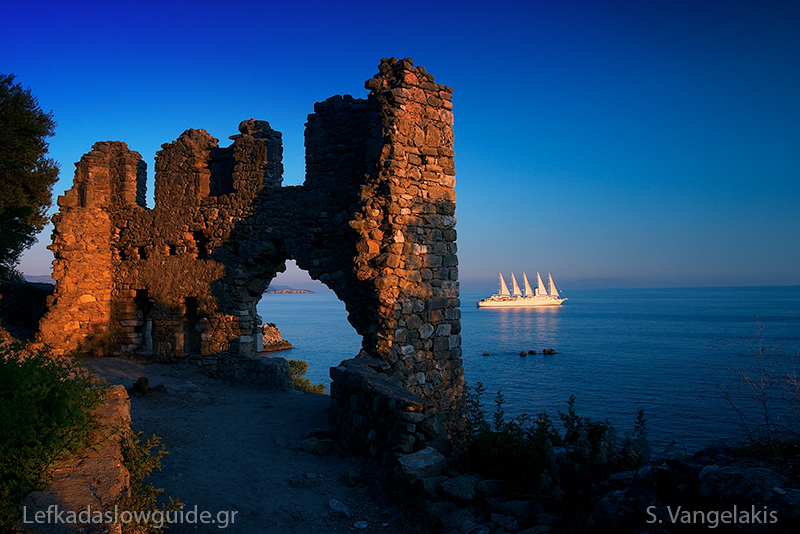 Parga Castle stands at the entrance to the port, on a hilly cape commanding the city. Built by the Normans this castle was first plundered by pirates then conquered by Venetians and Turks, having stood witness to the town’s century-long history. Its final surviving form is that of the Venetian period in 1792, when it was transformed into an impregnable fortress with 8 exterior turrets reinforcing the defenses. Inside its walls was a settlement of 400 houses, immune to enemy fire; they procured ammunition and food from the bays of Valtos and Pogonia. 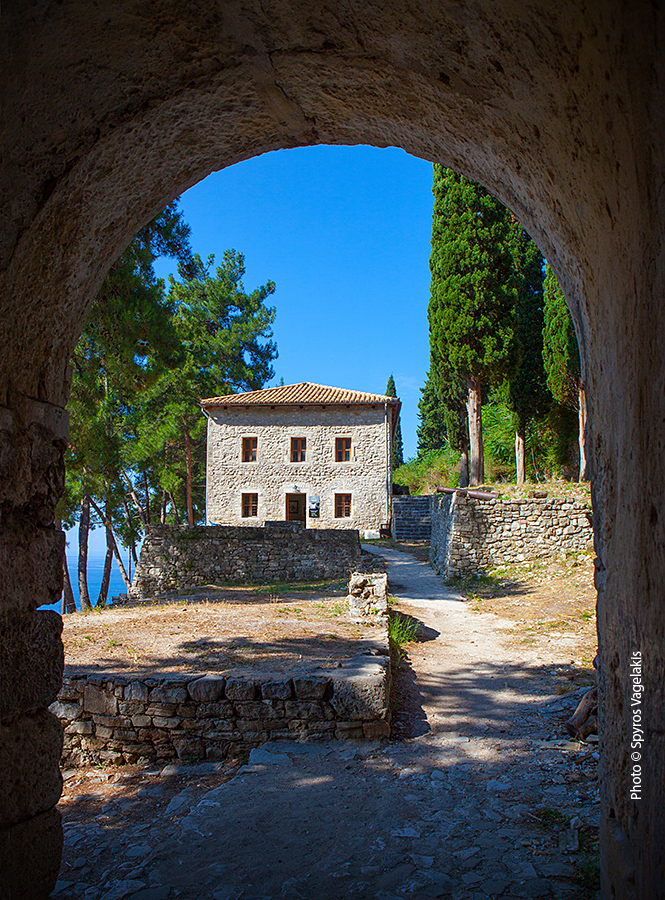 The castle was systematically reinforced after being sold, in 1819, to Ali Pasha by the British Governor of the Ionian Islands, Sir Thomas Maitland. It was remodeled to accommodate the pasha’s harem at the top and a hamam bath was added. The winged lion of St. Marcus is clearly visible on the entrance gate, as are the name “Antonio Bervass 1764” and Ali Pasha’s coat of arms. There is a café inside the walls and during the summer months the castle also serves as a venue for cultural events. 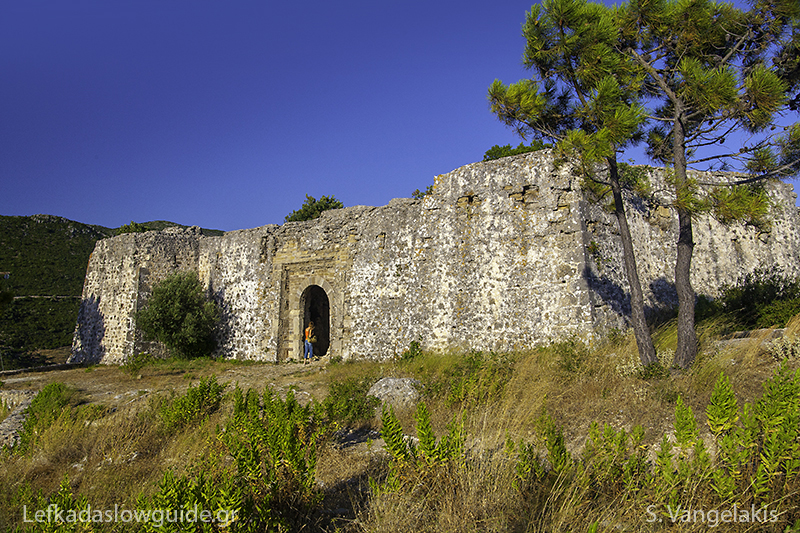 The Castle of Ali Pasha

At five kilometers from Parga one can visit the Castle of Ali Pasha that haughtily stands on a prominent hillock outside the village of Anthoussa. It was erected in 1814 under the supervision of the Italian engineer Monteleone, commissioned by Ali Pasha to be used as his base during the siege of Parga.
Still surviving are rooms, underground water reservoirs, the powder house, part of the walkway atop the fortifications and remnants of English and Russian firearms. You can reach the castle either by car or by riding the small train that leaves from the Parga waterfront. It is well worth a visit, especially at sunset, for a breathtaking view of Parga and the Ionian Sea.

In the center of the city, next to the Church of Agioi Apostoli, is the Ecclesiastical Museum of Parga. It houses a worthwhile collection of rare icons, ecclesiastical heirlooms, manuscripts and 17th century Gospels; here you will also see the city’s 300-year old banner, made of purple silk with oil-paintings on both sides.

The tree-covered islet of Panagia is a fifteen minute boat ride from the port of Parga, at a distance that is no challenge for a strong swimmer. It was named after the church with the picturesque belfry, an example of Eptanesian ecclesiastical architecture. At the islet’s highest point sits the castle erected by the French in 1808 so that they could control those ships not visible from the Venetian Castle of Parga; parts of the fortress, the gate and the compound survive today.
If you happen to be in Parga during the Kanaria or Pargina festivities don’t miss the fête that takes place on Panagia islet, on August 14th and the representation of the Varkarola in the port, on August 15th. Boats, decorated with Venetian lanterns sail towards the port while the sky is lit up by impressive fireworks. It is a custom that represents the return of the inhabitants of Parga to their city after its liberation; they were forced to flee the city upon its sale to Ali Pasha in 1819.

Parga has an abundance of churches and chapels. The strong religious tendencies of the people of Parga are possibly due to the historical and social events (attacks, raids and pillages) that led them to embrace religion seeking protection and solace.
Make a point of visiting Agios Nikolaos, the cathedral of Parga; the Church of the Twelve Apostles, where the cities holy heirlooms are kept; the Byzantine monastery of Panagia of Vlacherna that, legend has it, was endowed with nine bells that could be heard 12 miles away; the Church of Agios Dimitrios in the center of the market; the chapel of Agios Sostis (7 km. from Parga) that is built amid two rocks and has a spectacular view. 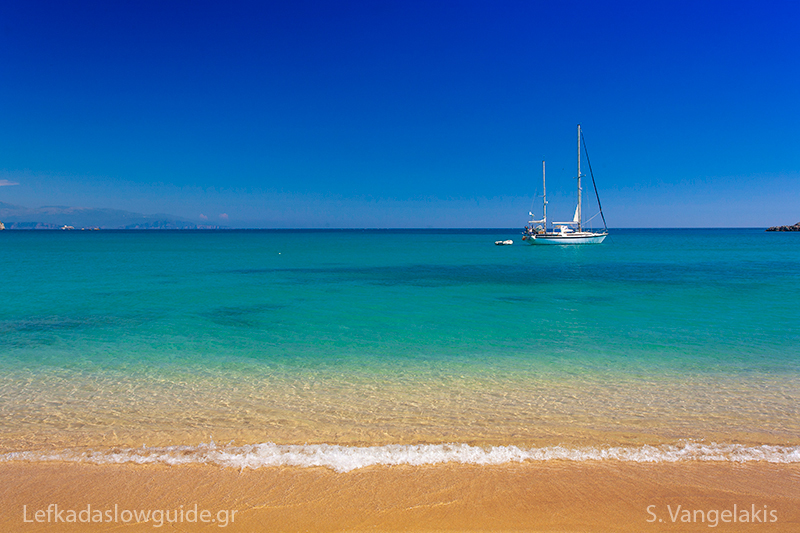 Parga’s best known beach is Valtos or Chrysogiali, a large, well-frequented, organized beach that offers many choices to water sports fans; it also offers a lovely view onto the back of the Castle. Kryoneri beach is in the center of Parga right on the coastal road and is a great choice if you need a refreshing dip after walking around the city. If it’s a quieter beach you are after you should opt for Spartila (3 km from the town) or Ai Sostis (7 km); both have crystal clear turquoise waters and golden sand.Sarakiniko and Beretiniko beaches can be reached by car; it is a scenic route among olive-groves and along the turquoise blue waters of the coast. Parga’s strong hand however, is Lychnos, a beautiful pebble beach with crystal clear waters and small hidden caves for endless exploration. Alonaki is a beautiful beach with crystal water and amazing view. 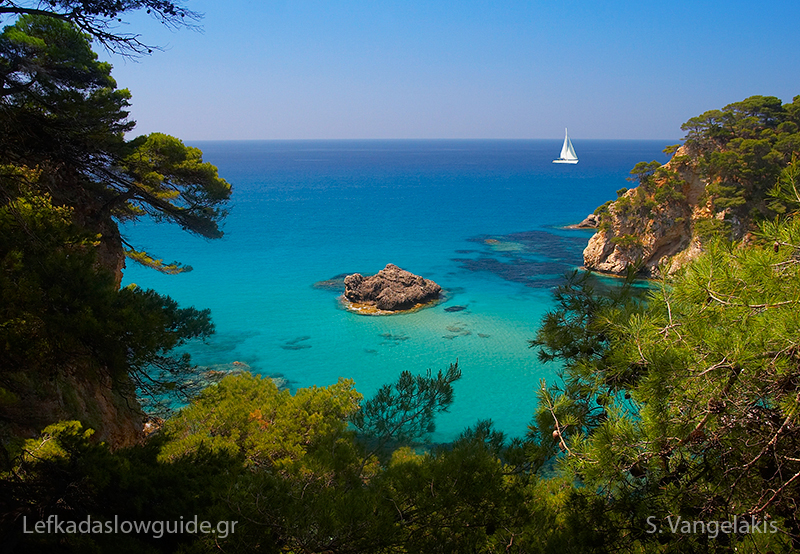