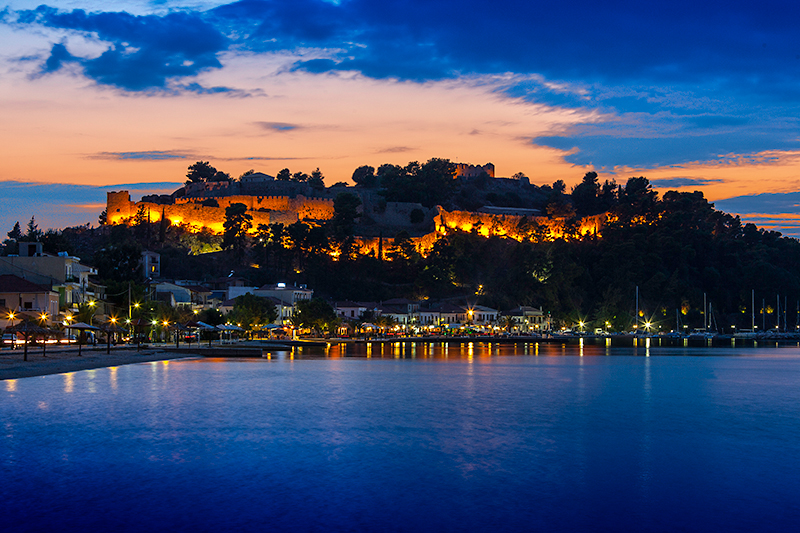 This seaside town that moves at a slower pace, reminiscent of another era, is considered the jewel of the Ambracian Gulf; built in the shadow of the emblematic Venetian castle that sits atop a pine-covered hill, Vonitsa is a town of narrow, cobble-stoned streets and low buildings, of children playing in the streets, fishermen sitting in their boats fishing shrimp and silver fish in the port. With its natural beauty, friendly ambience and mild touristic development, Vonitsa, at only 22km away, is an attractive proposition for a one-day excursion from Lefkada. Huge cypresses, fragrant eucalyptus and wild oak trees welcome visitors; in spring, the ground is covered with virgin-white lilies, bright red poppies and every kind of vividly coloured wild flower. 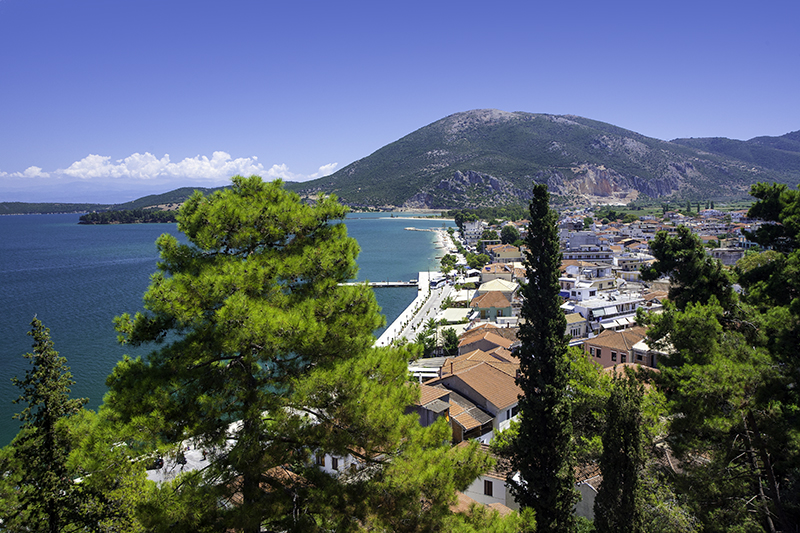 A walk around the centre of the old town whose characteristics are those of an island village, will convince you that Vonitsa is a destination with endless hidden attractions. The presence of water is predominant; besides, the prevailing theory about the etymology of the name of the town is that it hails from the Slavic word “voda” which means water (a place that has a lot of water).
Begin your tour from its picturesque neighborhoods, wander around its narrow streets and visit the churches of Agios Spyridon and Agios Nikolaos. 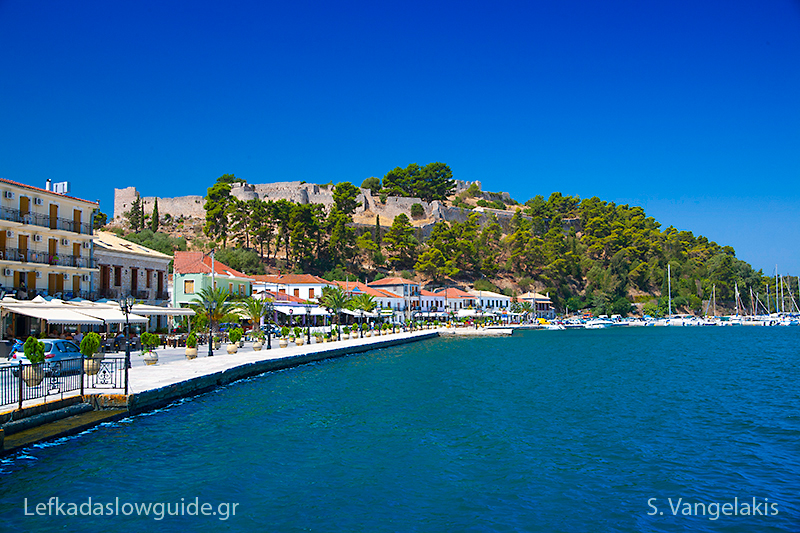 Walk down to the pedestrian seafront and enjoy the tranquility of the view over the Ambracian. Go west towards Vonitsa Marina where sailing boats and yachts moor. From here follow Chora Street, circling the hill among huge eucalyptus trees, and climb up to the castle for a spectacular view over the town of Vonitsa. When you’ve had enough of walking, return to the seafront; enjoy a refreshing drink in one of the cafés or a meal of fresh seafood, tasty sardines or the succulent prawns for which Vonitsa is famous. 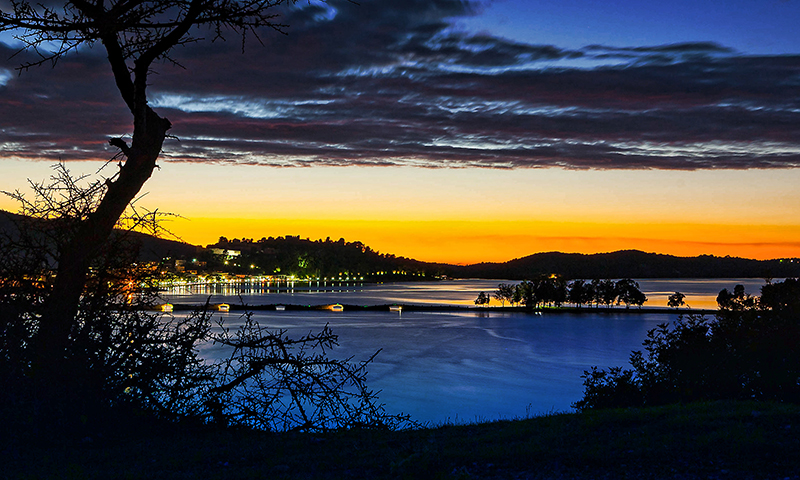 East of the port lies Koukoumitsa the picturesque, lushly green island that is connected to the mainland via a newly built pedestrian bridge, an ideal choice for a refreshing evening walk. Among the pine-trees hides the small, humble church of Agios Nektarios which the faithful used to reach on foot, through the water. If you feel like a dip on your way back, the beach formed between the island and the mainland is the perfect spot. 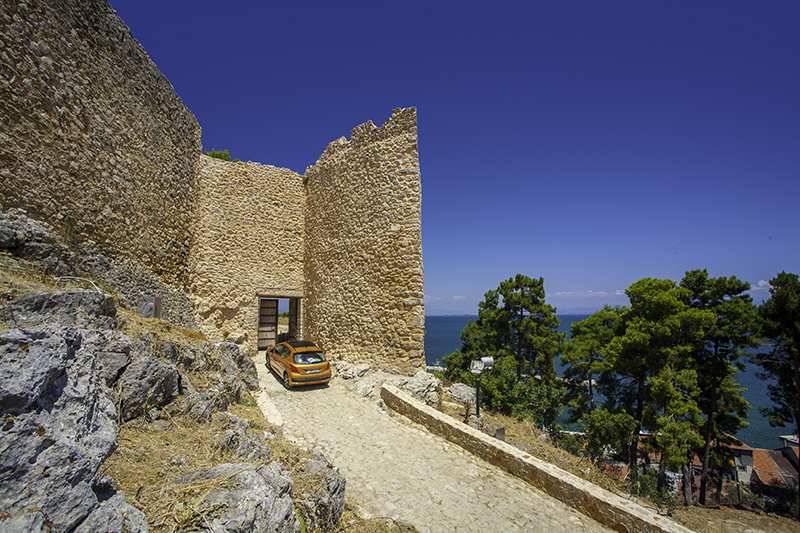 Vonitsa Castle, built atop a 65m-high hill, perfectly blending in with the landscape, is both a landmark and a reference to the city’s century-long history. Due to its strategic location it served to protect the inhabitants from pirates as, from here, they could supervise the traffic across the larger part of the Ambracian-Ionian Sea. It was erected by the Venetians in the 11th century A.C. on the remnants of the Byzantine castle that stood there before it. It was controlled by the Byzantine Empire until the beginning of the 13th century; from then onwards it became a bone of content between the Venetians and the Turks and was held by a large number of consecutive conquerors, before Vonitsa was finally restored to the Greek state in 1832.The castle in its present form was shaped by the reinforcement of the thin fortifications of the existing defensive structure in the 17th and 18th centuries. The castle has two parts: the upper acropolis, the lower acropolis and the settlement, based on the typical tripartite structure of citadels of the mid-Byzantine period. Today, still standing inside the walls of the castle are traces of the central gate guardhouse, a single-space building in the lower acropolis and a church on the southwestern side, dedicated to Agia Sophia. By royal decree, the castle was declared an “outstanding byzantine monument” in 1922.

The beach at the port, Sotiras Beach and Panagia beach; they may not quite compare to those of the Ionian Sea, but these small beaches have shallow, sparkling, crystal clear blue waters, well worth a short break for a refreshing swim. 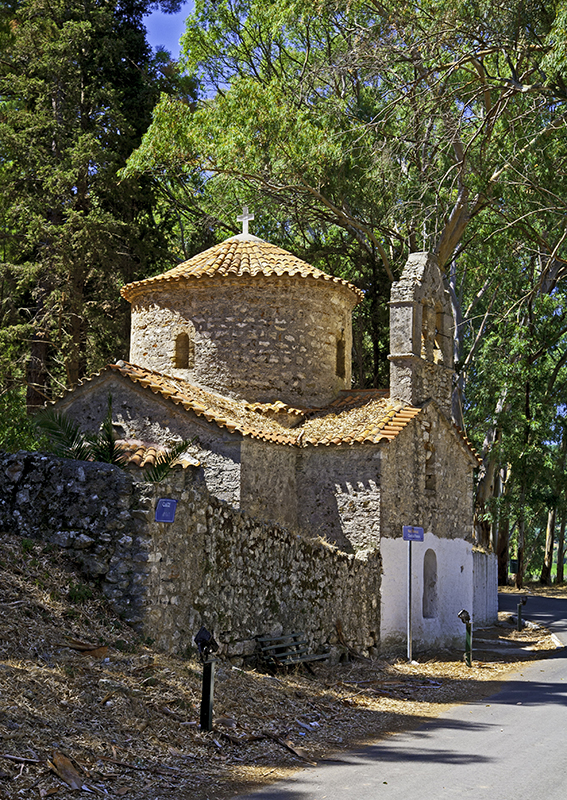 The Churches of Vonitsa

Churches in Vonitsa are Proto-Byzantine, Byzantine or Meta-Byzantine. Most are domed basilicas or cruciform with interesting decoration in their interior.

Church of the Assumption of the Virgin Mary. This is a meta-byzantine, free cruciform church that stands on the road to the castle. Its murals place its construction sometime in the 18th century, but sadly a large part of the murals has been destroyed over time.

The Church of Agios Spyridon. Erected in the mid-18th century this church suffered major destruction by the Turks in 1829. It is Vonitsa’s central place of worship, with an impressive, finely sculpted iconostasis created by the famous woodcarvers of Epirus.

The Church of Agios Nikolaos. This church is second in importance after that of Agios Spyridon. It sports an impressive stone belfry, allegedly built by stonemasons from Epirus, and a wealth of icons; legend has it that this church hosted the first Greek school after Vonitsa was liberated from the Turks.

The Church of Agios Georgios. Two kilometers outside the town of Vonitsa one comes across the church of Agios Georgios, known to locals as “The Trophy Bearer”, who is celebrated with great splendor on St. George’s Day; locals on horseback, their horses in festive dress, come to the church and ride around it in circles. It is a custom that dates back to the Greek War of Independence of 1821 and is reenacted every year. 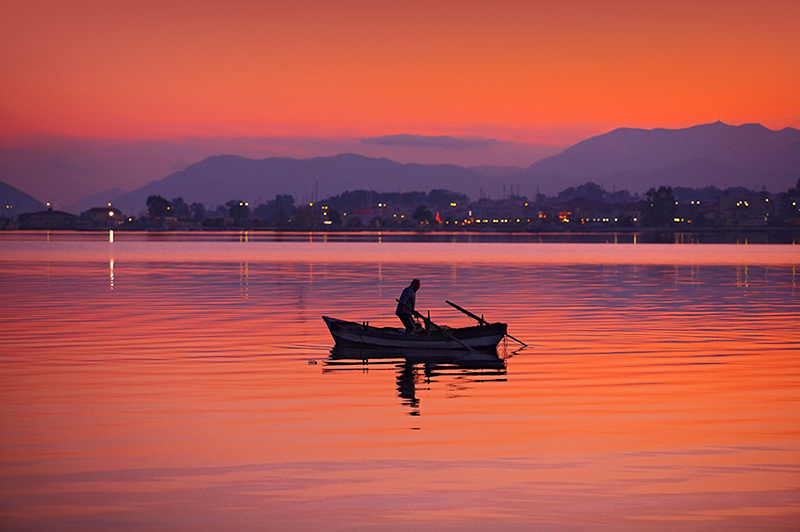 The Wetland of the Ambracian

Vonitsa is situated on the edge of the wetland of the Ambracian, a sanctuary for birds and fish alike. This wetland is the largest in Greece and one of the most significant wetlands in the Mediterranean as it is a sanctuary for rare species of birds: the glossy ibis, the martin, the bittern, the wild swan and the egret all come here to “fish; the most impressive visitor is the Dalmatian pelican with the characteristic bright red expandable sac under its beak. 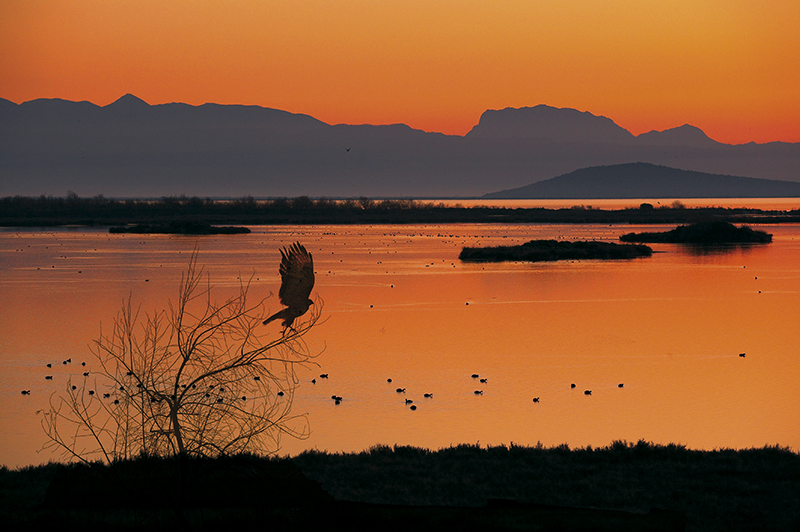 The biodiversity of the fish fauna of the Ambracian is also high; sardine, guilted and white sea bream and prawn are only some of the species found in its waters. A visit here at dawn or dusk, when the beautiful colours are reflected in the still waters –as if in a vast liquid mirror- is highly recommended.

Spread over an area of 500 acres this lagoon, frequented by wading birds, is where the historic church of The Assumption of the Virgin Mary (Panagoula) is situated.

Lake Voulkaria, protected by the Ramsar Convention, is at the northwestern tip of Aitoloakarnania prefecture and is connected to the sea via a narrow canal. Countless species of aquatic birds nest in the thick clusters of reeds surrounding it while the lake is renowned for its eels.According to the legend Cleopatra, fleeing from the Romans after the Battle of Aktion, hid here with her fleet and was saved. Today, “Cleopatra’s Dock” commemorates her passage from here. 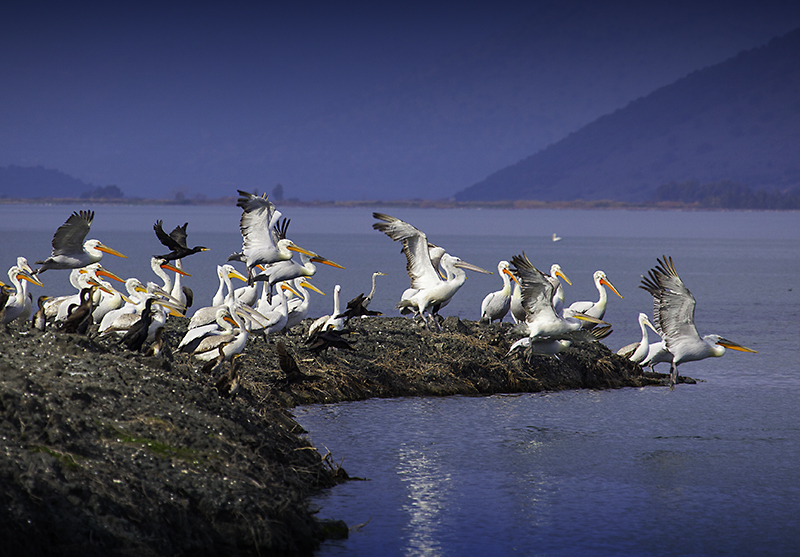 Saltini is connected to Voulkaria forming one single wetland, protected by the NATURA 2000 programme; it is a shallow lake with brackish water and is mainly used for fishing. Saltini is a major stopover for migratory birds, such as the skylark and the tern. A man-made canal connects the lake to the Ionian Sea.