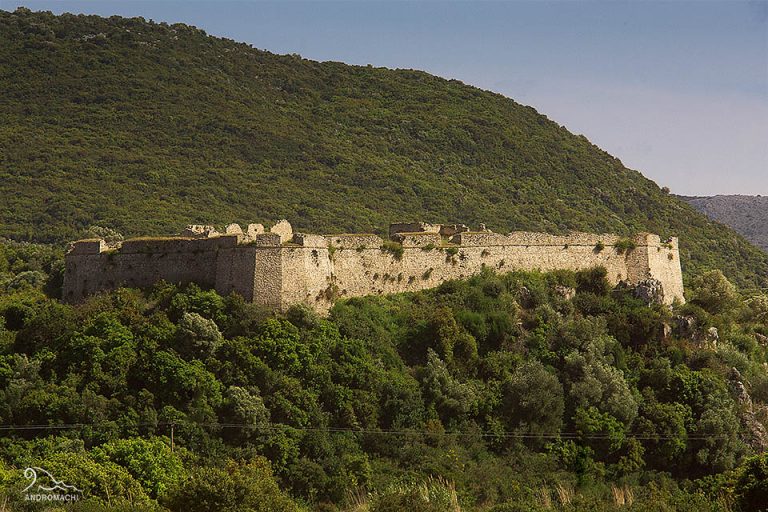 Taking a right turn in the intersection towards Peratia, you can leave your car in the entrance just some meters ahead and then climb to the Castle which is open for the public but has not been put in use by the state. The buildings inside the castle are well preserved, but the dense vegetation makes it to difficult to access them. The view, however, is truly amazing all around the year and provides the perfect opportunity to gaze at the sunset towards Lefkada, the travelling flamingos and egret birds in the nearby wetlands, the kite surfers and even the snowy Tzoumerka mountains. 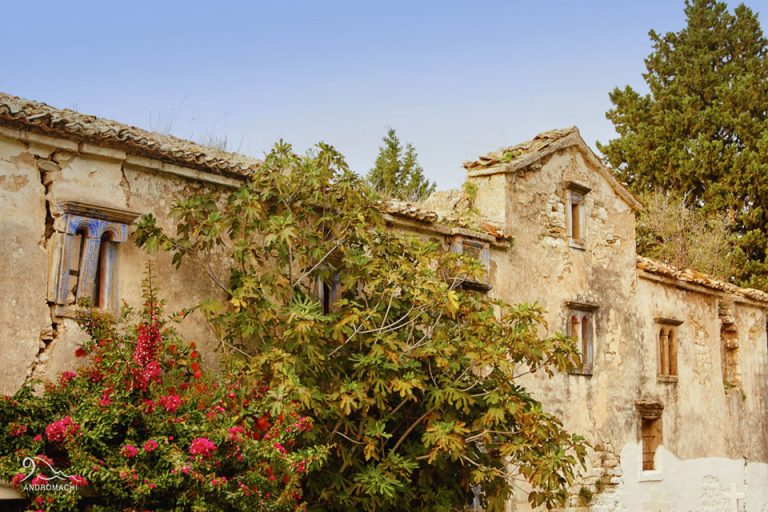 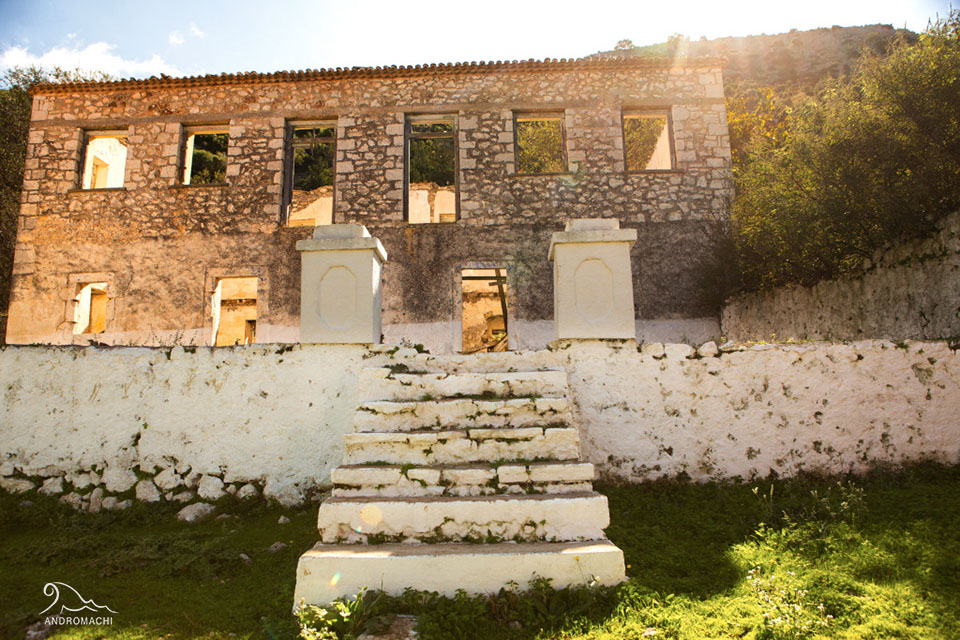 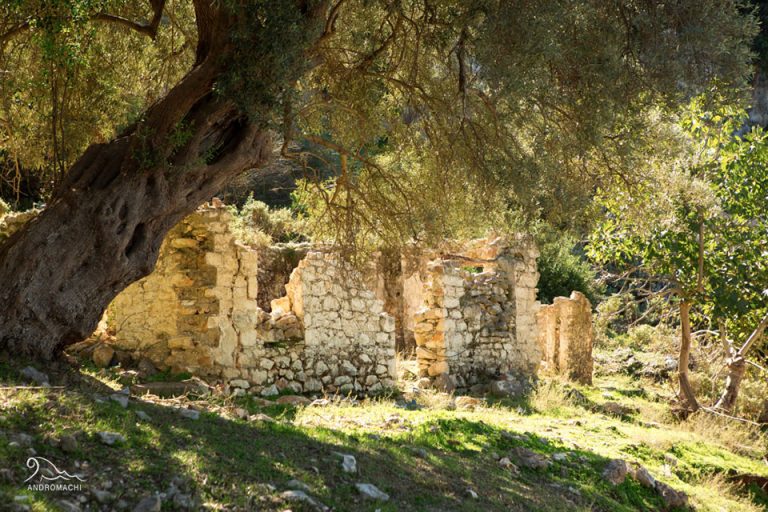 It is worth mentioning that the Castle was named after the warlord Theodoros Grivas when the Greek state offered it to him. He came from Peratia, married Bouboulina’s daughter and played an important role in the Greek Revolution and the overthrow of King Otto. 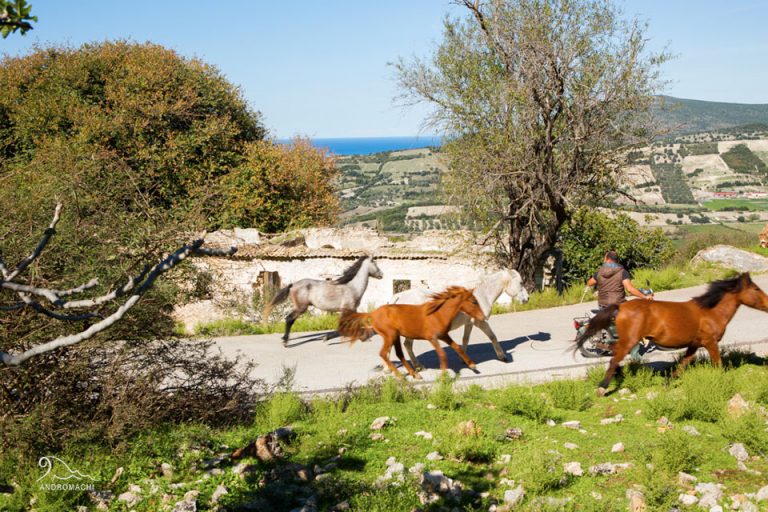 Descending from the Castle we continue our route towards Peratia and Plagia. After a 15 km drive on an asphalt road with plenty of turns, we reach the deserted stone-made village of Old Plagia. Before that, it is worth making a stop in the castle of St. Georgios in the village of New Plagia. Many historians suggest that the Acarnanian Nirikos* was located there, next to the site of Paliokastro. To reach the village of Old Plagia we follow the signs towards Palairo. We suggest asking for directions when you arrive at Nea Plagia. 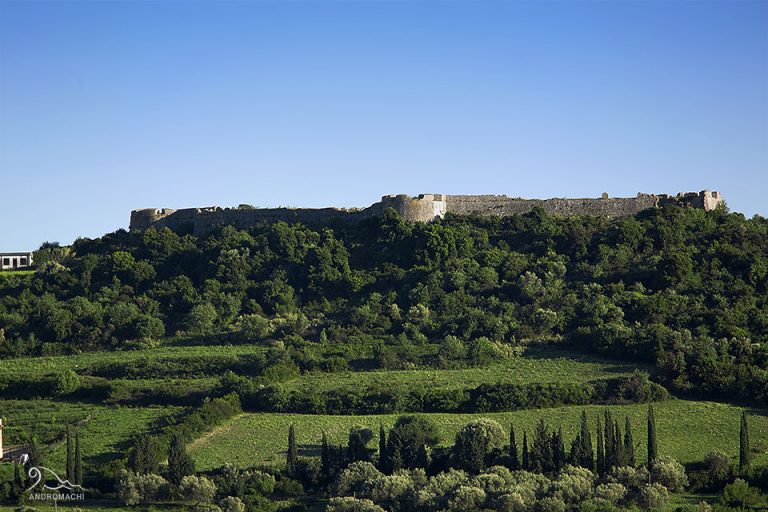 During the drive, the view towards Lefkada, Meganisi and Skorpios is more than magnificent. If the weather is good you will also be able to see Paxi islands. The atmosphere in the village is very unique and imposing in a sense. The landscape is wild and dry, as the village is part of Ksiromero after all. The stone-built houses have some impressive cornerstones that you can notice and there are three churches in the village. One of them, the monastery of the Dormition of the Mother of God, dates back to 1137 and you can find by taking a left on the street just before the village’s entrance. You can discern its past glory in its architecture and colored walls. A unique gospel with leather made pages was found there and has been moved to Vienna. 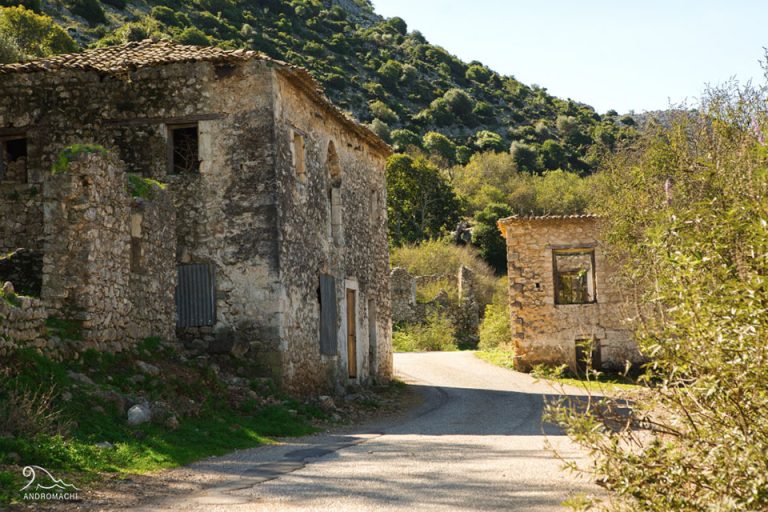 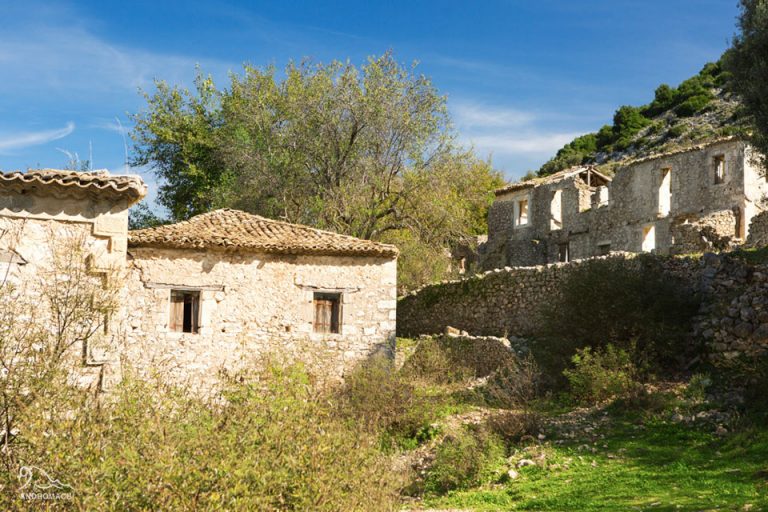 To conclude, the uniqueness of this place lies in the local people, who are very few up here. You will see shepherds and hear the magical sound made by the bells of their flocks of goats. The people here are also known for their love for horses, which you will surely encounter during your trip in Aetolia-Acarnania.