Walking excursion at Lefkada, with the book "Lefkada on foot" by Lida Out.

The walk starts in the harbour of Spilia at the jetty where the ferry moors. From here you walk in the direction of the restaurant along the beach. At the back of the restaurant you see the paved, stepped footpath to Spartochori on the other side of the tarmac road. Follow this track and now and again you have to follow the tarmac road. After about 10 minutes you come to a paved terrace, the viewpoint of Spartochori. 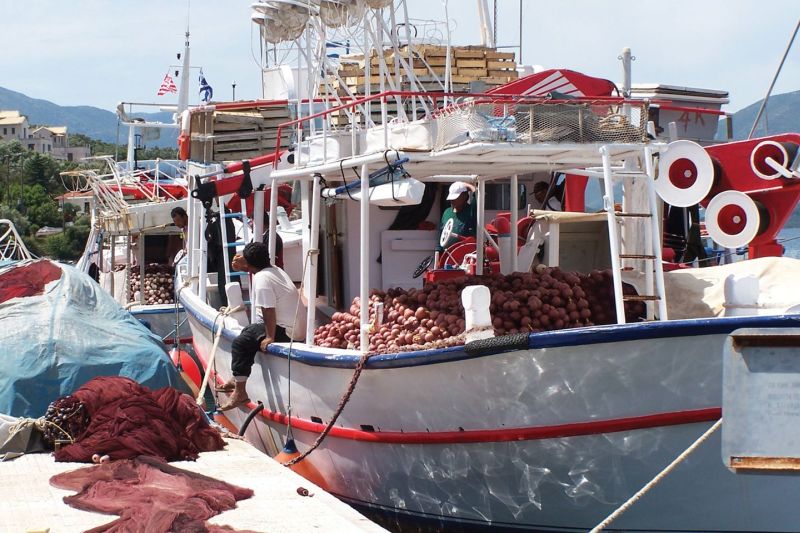 From here you follow the main ascending road into the village in the direction of the church. At the bell tower you follow the paved road to the right. At the crossroads you go straight on, left of the supermarket. At the next two forks in the road you keep right and a little further you pass on your right the building of the doctor.  A little later you see on your right at a telephone booth the old school. At a shrine you turn right onto the concrete road. You pass the new school and the road reaches a tarmac road at a stop sign. Cross the road and turn onto the concrete track right of the water reservoir. From the harbour you will have walked about 20 minutes. 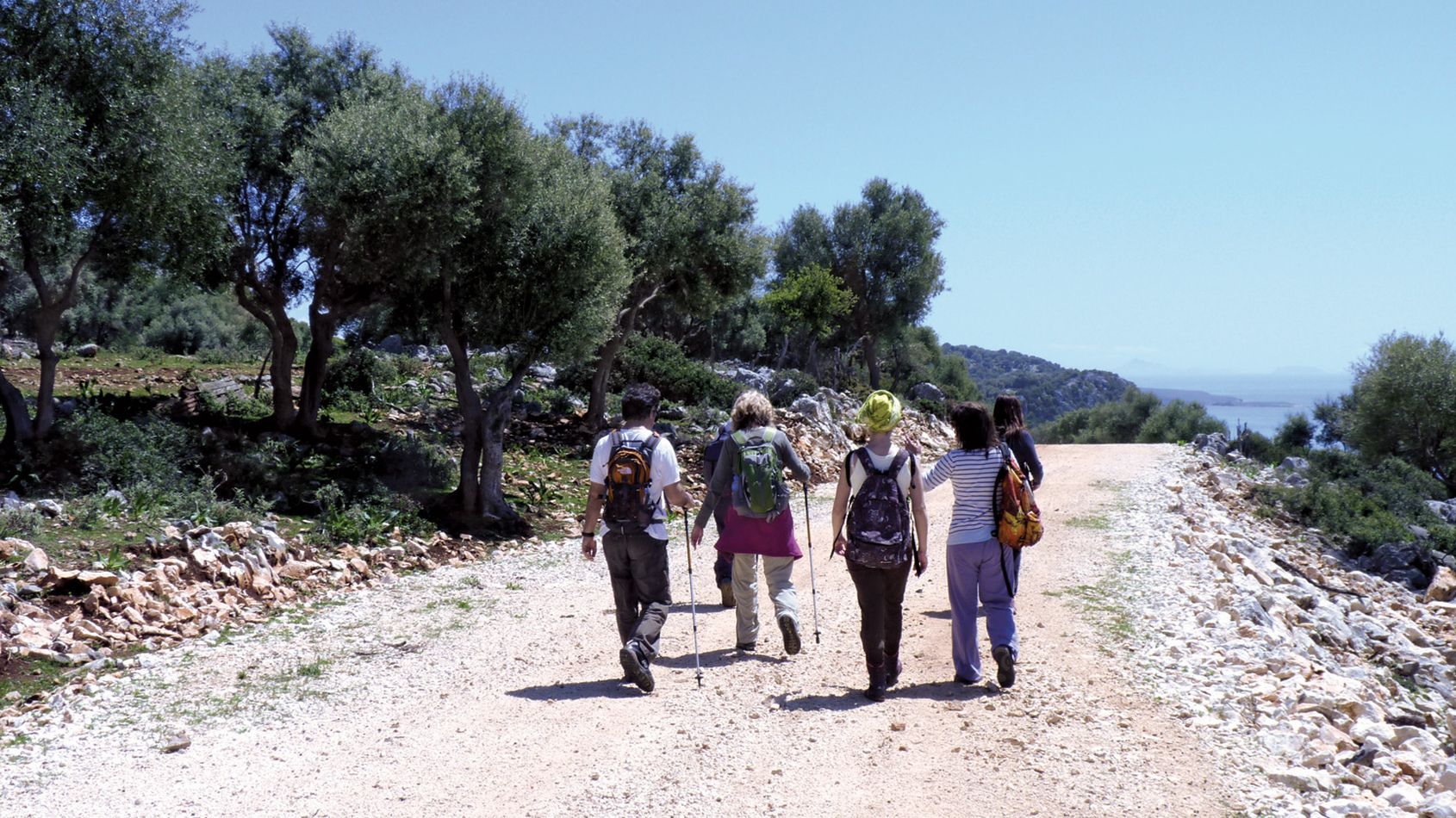 After 3 minutes the concrete track changes into a dirt road. You walk through a fantastic rocky landscape with old olive trees. All the time you have changing views over Lefkada. After 35 minutes from the water reservoir ignore the track to the left. Five minutes later you reach a T-junction where you turn right. In this area a lot of cows are kept. After 10 minutes descending a zigzag track (the last part is concrete) at the next T-junction turn left. This road was still unpaved but was widened and seemed ready to be paved.

After 20 minutes, keep to the left where the track forks. From here there is a fantastic view of the tail of Meganissi. In the distance you can see the contours of many islands and the mainland. The track to the right goes to the southern tip of Meganissi. Unfortunately a developer has bought this part of the island. Until then you only could come onto this part by a monopati (footpath). Half an hour later the track leaves the coastline and descends past a dry stream bed. You come to a gate for animals but you can open it (and close again).

After 50 minutes from the fork, ignore the track to the right. Five minutes later you reach a narrow tarmac road where you go straight on. Another 5 minutes the road reaches an asphalted fork in the road, keep to the left in the direction of the Asteri villas. Just past Asteri before a turn to the left you turn right. Now you walk to Spartochori and follow the paved track through the village that finally brings you to the bell tower. You return to the harbour along the same road and stepped path you came up.