This route combines mountainous and coastal landscapes displaying the beauties of southern Lefkada, a region of rich vegetation, a great number of springs, canyons and caves and is superb for bicycle rides or hikes.

Heading south from Nydri after about 8 km there is a road sign for Syvros. Syvros is a lovely old village, rich in water and abundant vegetation, a splendid place for walks. Hidden by the enormous plane trees and ivy, the springs of Kerasia are worth a visit, where you will be greeted by dragonflies and nightingales, where the water babbles as it falls from the sources, splashing the ivy. 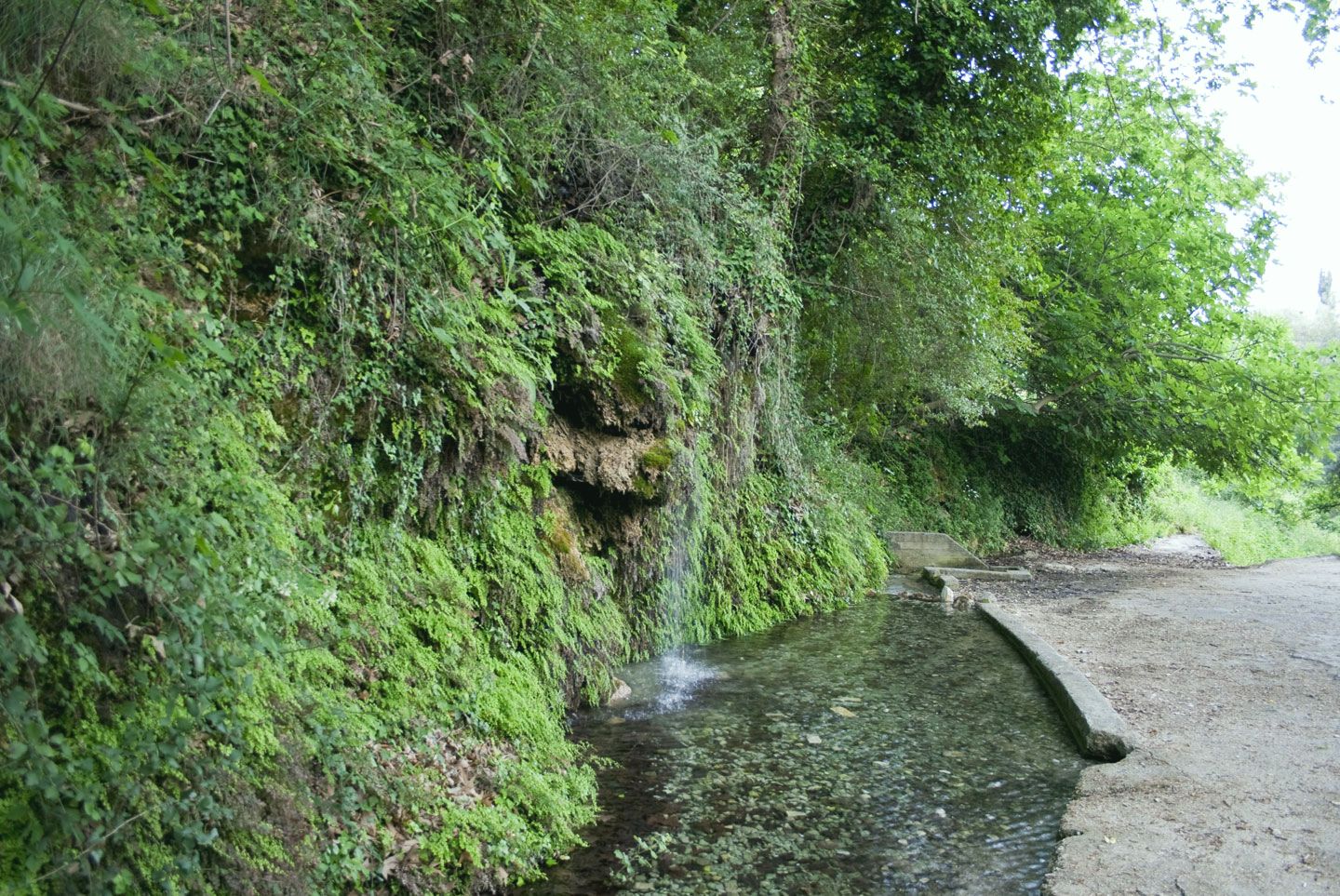 A truly special attraction is also the restored watermill village cafe where you can relax by listening the characteristic purl of water. The Karoucha cave is also interesting to visit. 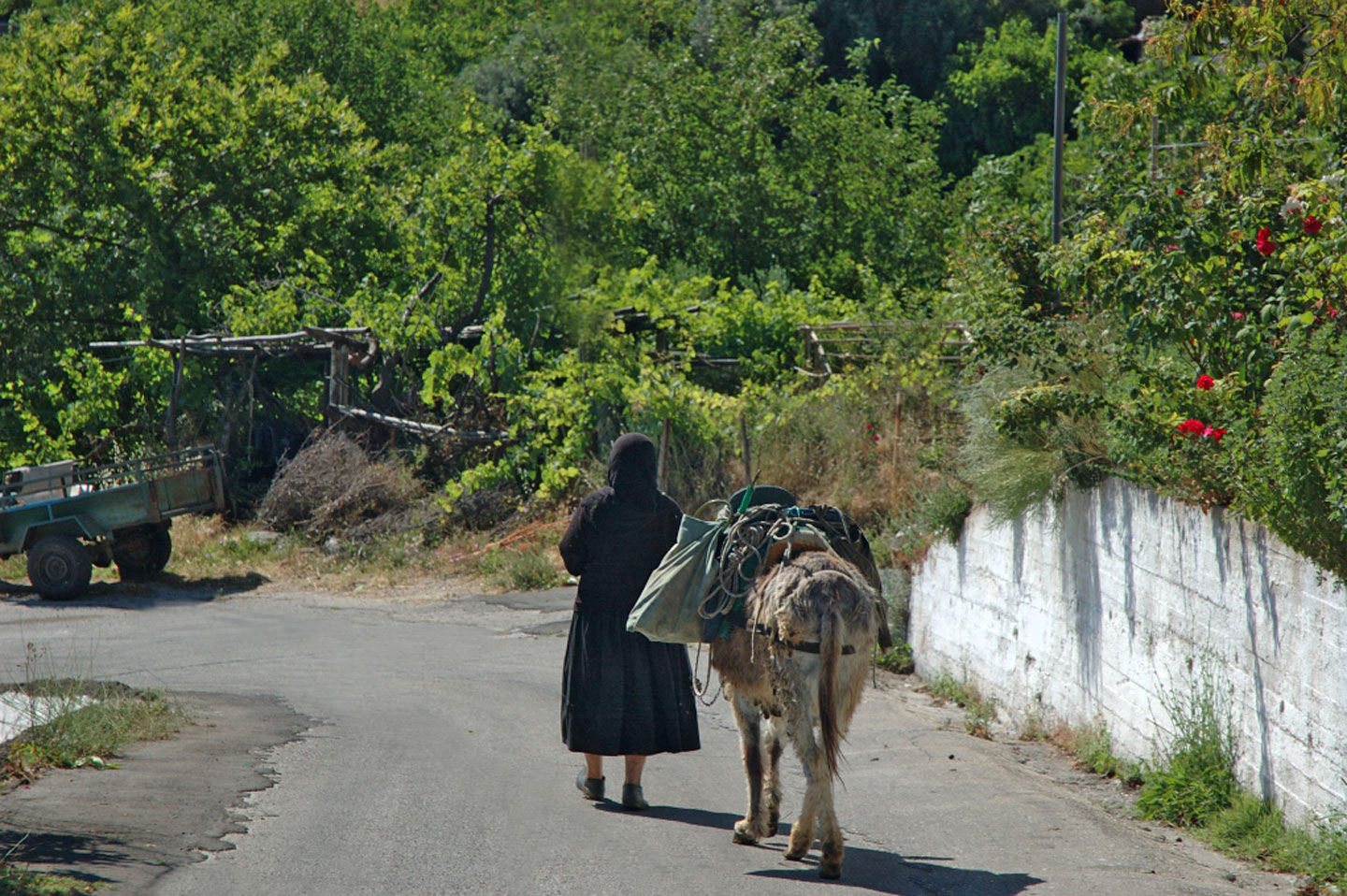 A few kilometres from Syvros, heading towards the village of Vournika, there is a right turn signposted for the monastery Agios Ioannis sto Rodaki, a particularly interesting spot with an exceptional vista overlooking the plain of Vassiliki and looking to the range of Agios Petros. 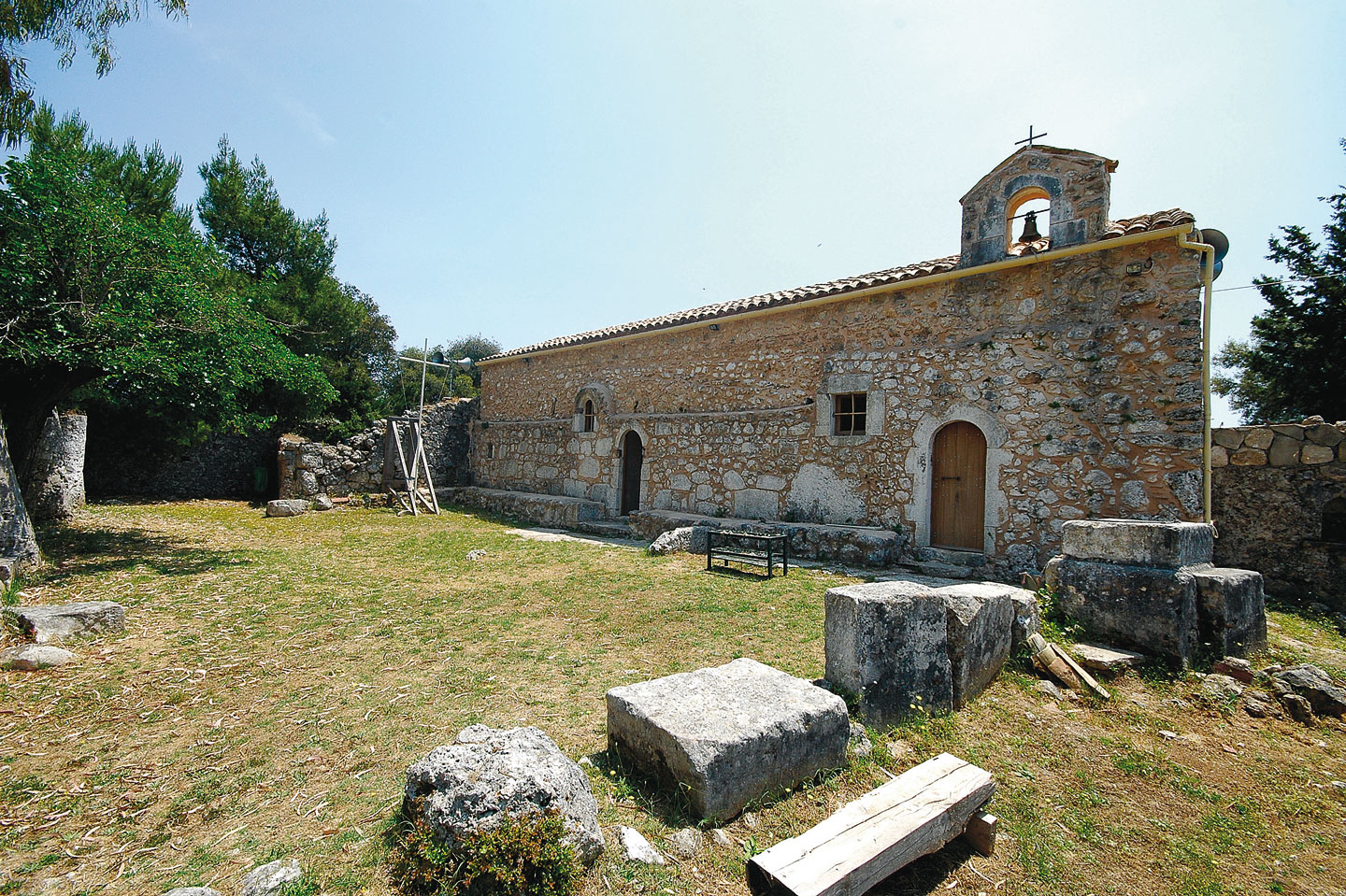 Back on the main road, we head for Syvros again, pass through the village and continue on towards Vassiliki. Just a few kilometres further on, turn right for the villages of Nikoli, Agios Vassilios and Manassi. Today, it seems that time has been in their favour and the visitor finds them in a virgin, unspoilt natural environment. The route is colourful and aromatic and it is rare to cross another car. In the ravine on the left, adding to the magic of the landscape, little abandoned stone-built houses can be seen, blanketed in lush vegetation. We pass the villages and come out at  Chortata and the main road of western Lefkada. Here we turn left and head south towards the villages of Agios Petros and Vassiliki.

Agios Petros is about ten kilometres further on. It is one of the substantial highland villages of southern Lefkada, built on the slope and without any particular attraction except for the view of the gulf of Vassiliki and the glimpse of the way of life in the old days, which -to a certain extent- continues here. Past Ponti, a hamlet with a good view lying above the gulf of Vassiliki, we reach Vassiliki, one of the three main tourist resorts on the island. Vassiliki, southern Lefkada’s major market village, inhabited by people who came from the surrounding mountain villages, is the main harbour of the area. It is a scenic spot by the sea, whose inhabitants used to cultivate the fertile fields and were also merchants.

It was one of the very few minor agglomerations of Greece with electrical power before World War II. Since 1930, it is the second most important port on the island (after the port of Lefkada), being the point of export directly to Europe for the raisin trade. Today, there are ferries to Ithaca and Kefallonia or small boats to beaches in the vicinity and Cape Lefkatas. 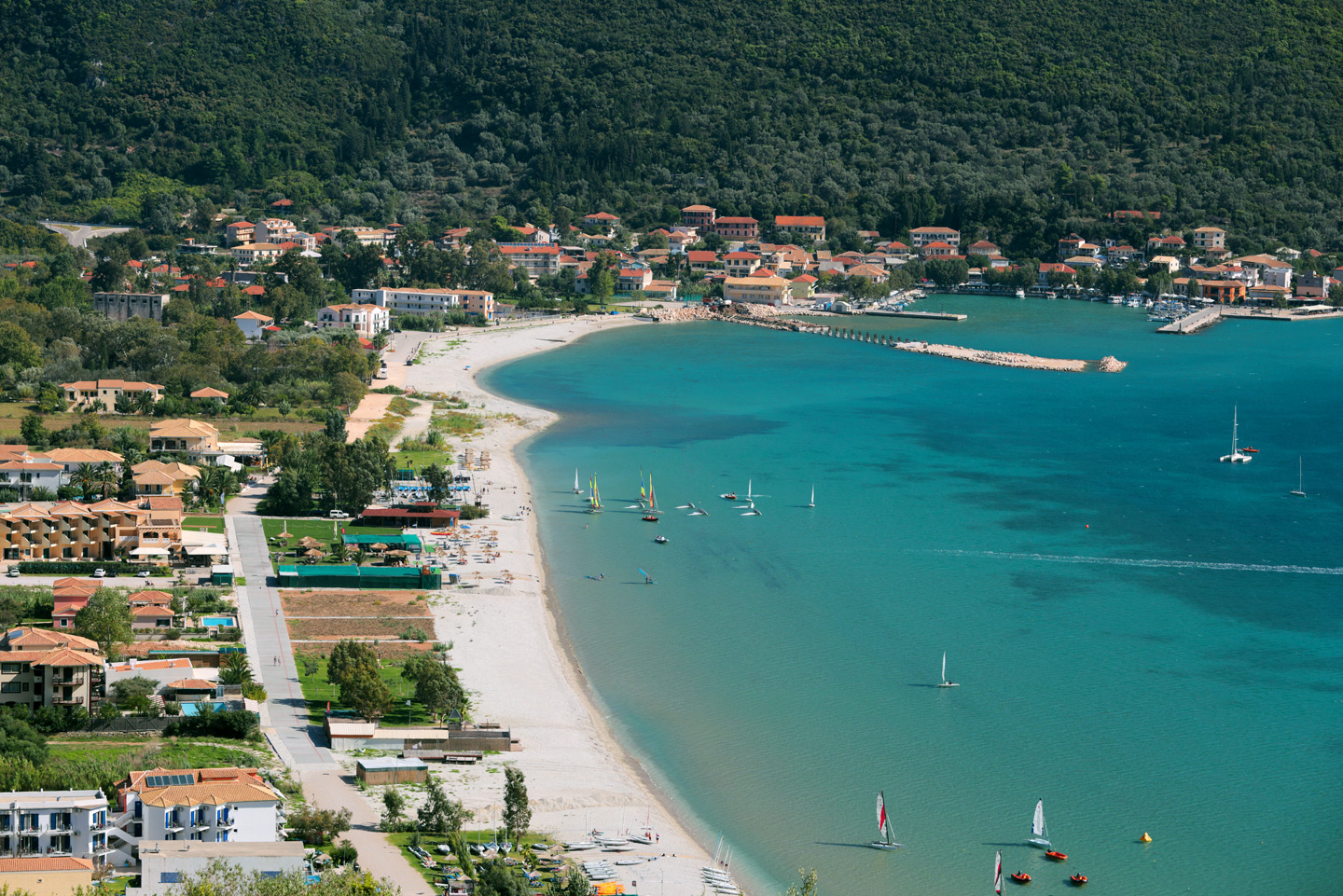 Vassiliki is a magnet for tourists for its beautifully clean beaches, the greenery crowding right down to the pretty houses of the harbour, organized hotel complexes and rooms to let for tourists, camping, tavernas and nightlife. It also enjoys the advantage of cool currents making it one of the best seas in the world for wind surfing.

It is a good place for a stopover, for a meal, a swim (it is worth taking the boat to Agiofylli, a super beach) or a cup of coffee by the sea. 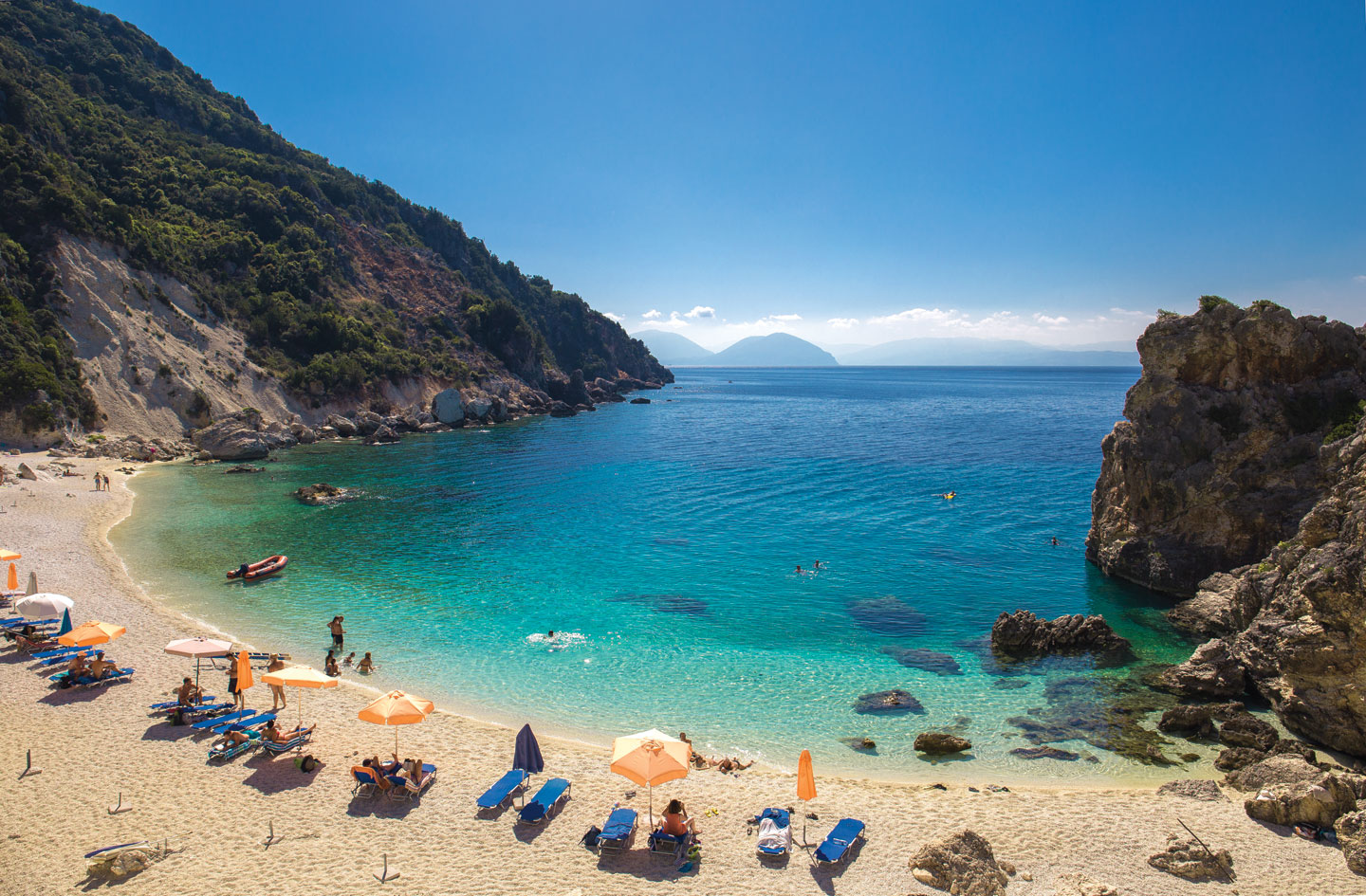 Remains have been found on the plain of Vassiliki indicating the existence of an ancient city. The plain of Vassiliki is ideal for bicycle tours and hikes. There is also an old abandoned village named Roupakias which is very beautiful. It is located in the hurt of the plain in front of a small river and certainly it's worth a visit.

On the way back eastwards, we come to Marantochori, an attractive village in a fertile patch of flat land. Lake Marantochori, a signifiant wetland, and Ammousso, a beach worth a visit, are close to the village. A little further north on the main road leading back to Lefkada town, on the right, there lies the village of Evgyros, another pleasing sight, spread out on a slope. In a cave south of this village, Dörpfeld had discovered traces of prehistoric habitation, of life in the Neolithic era, which led him to surmise that this was the site of Eumaeus’ (the Odyssey’s swineherd) stables. The cave’s name, Chirospilia (from the Greek choiros – pig) comes from his theory.

Straight on through the village and towards the sea there is a wide panorama of the plain of Marantochori to the right against the seascape. The road improves as it goes downhill, becoming a winding passable dirt road ending up at Afteli Bay with a house in front of which we can take a dip. The scenery combines thick leafy bushes and a deep-blue sea of particular charm. Evgyros is the end of this route. From here once again the east side’s main road goes to the town of Lefkada, passing Syvota, Poros, Nydri etc.