Past Kalamitsi, the road continues to Chortata village. You should take the new asphalt road by making a right at the crossroads.
Chortata is also a mountain village with the typical stone houses, from where you can see the whole of south-western Lefkada. Continuing southward, at the crossroads turn right towards the villages of Komilio - Dragano - Athani on the south-western tip of the island. Komilio is a minuscule village with stone masonry houses, narrow alleys and few inhabitants. Dragano, one more tiny village in the south of the island, boasts a remarkable example of a building dating to pre-industrialisation, an oil press which for centuries served the needs of the inhabitants in the production of olive oil. 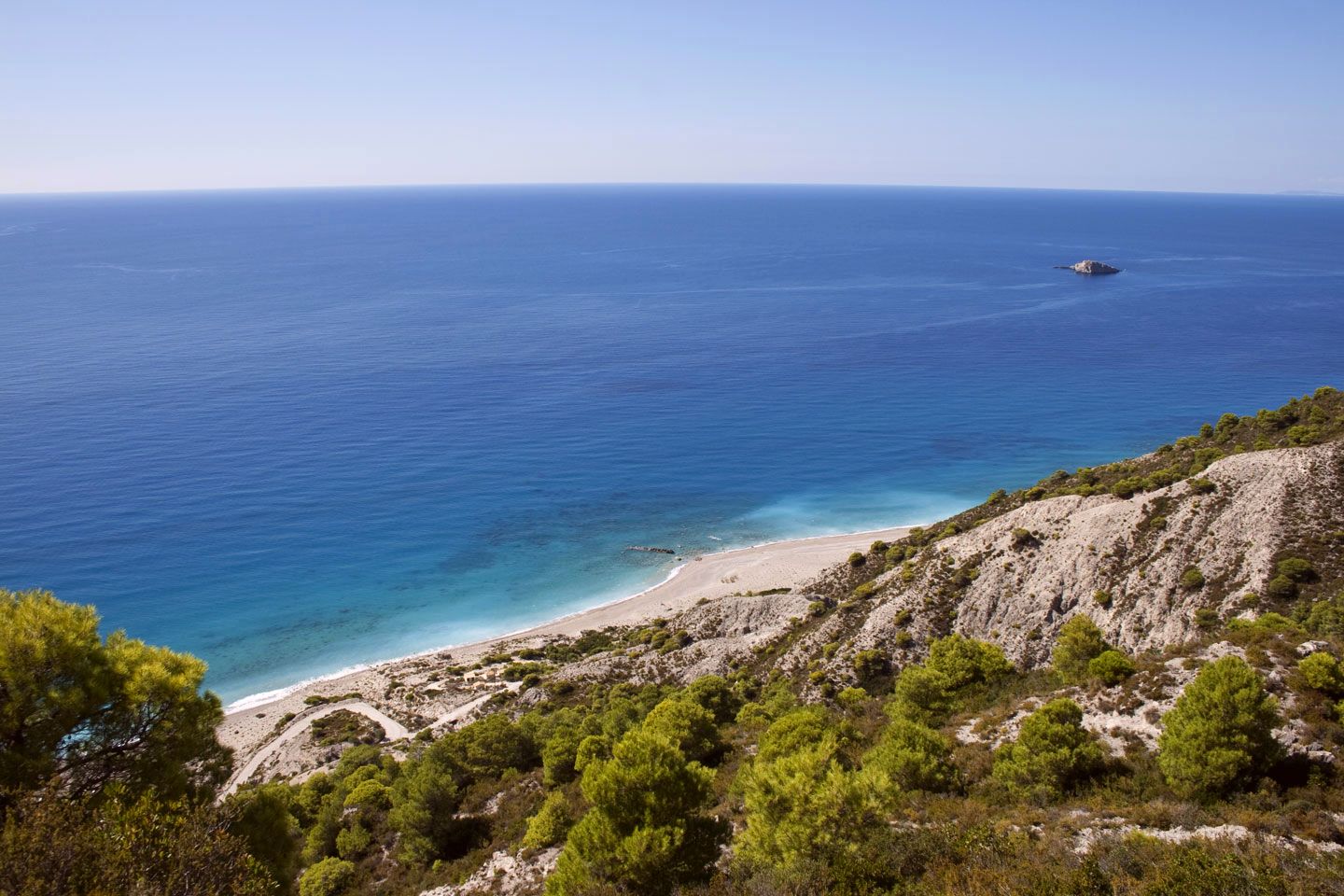 Continuing along we pass the right exit to Gialos beach and the asphalt road brings us to Athani, perched on a sheer rock to protect it from the danger of the frequent pirate raids. The place is well known for the production of thyme honey. 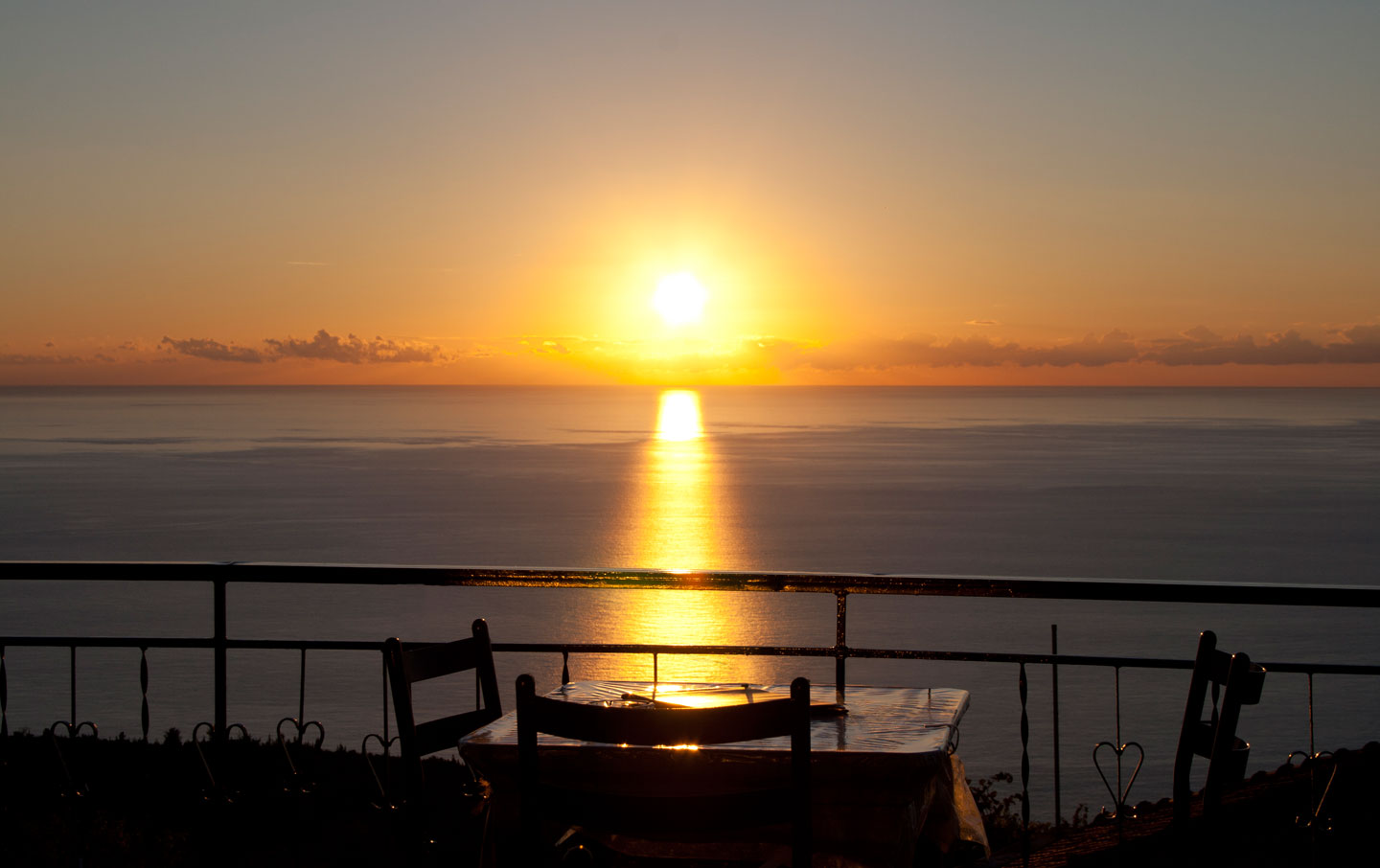 Shortly after the village, on the road to Cape Lefkatas, forks lead to the very special and justly famous beaches of the island: Egkremnoi and Porto Katsiki.

Egkremnoi is a paradise for those in search of isolated beaches. Such colours are seen only on postcards from some exotic caribbean island. The virgin sands meet the sapphire waters and a visit here is a must. The Cape Lefkatas road leads to the most spectacular of all the island’s beaches: Porto Katsiki. It is the beach featuring in most tourist guides all over the world promoting the beauties of Greece. The dark turquoise waters, clear as a precious stone, make a striking contrast with the towering sugar-white wall of roc behind and the golden stretch of sand. 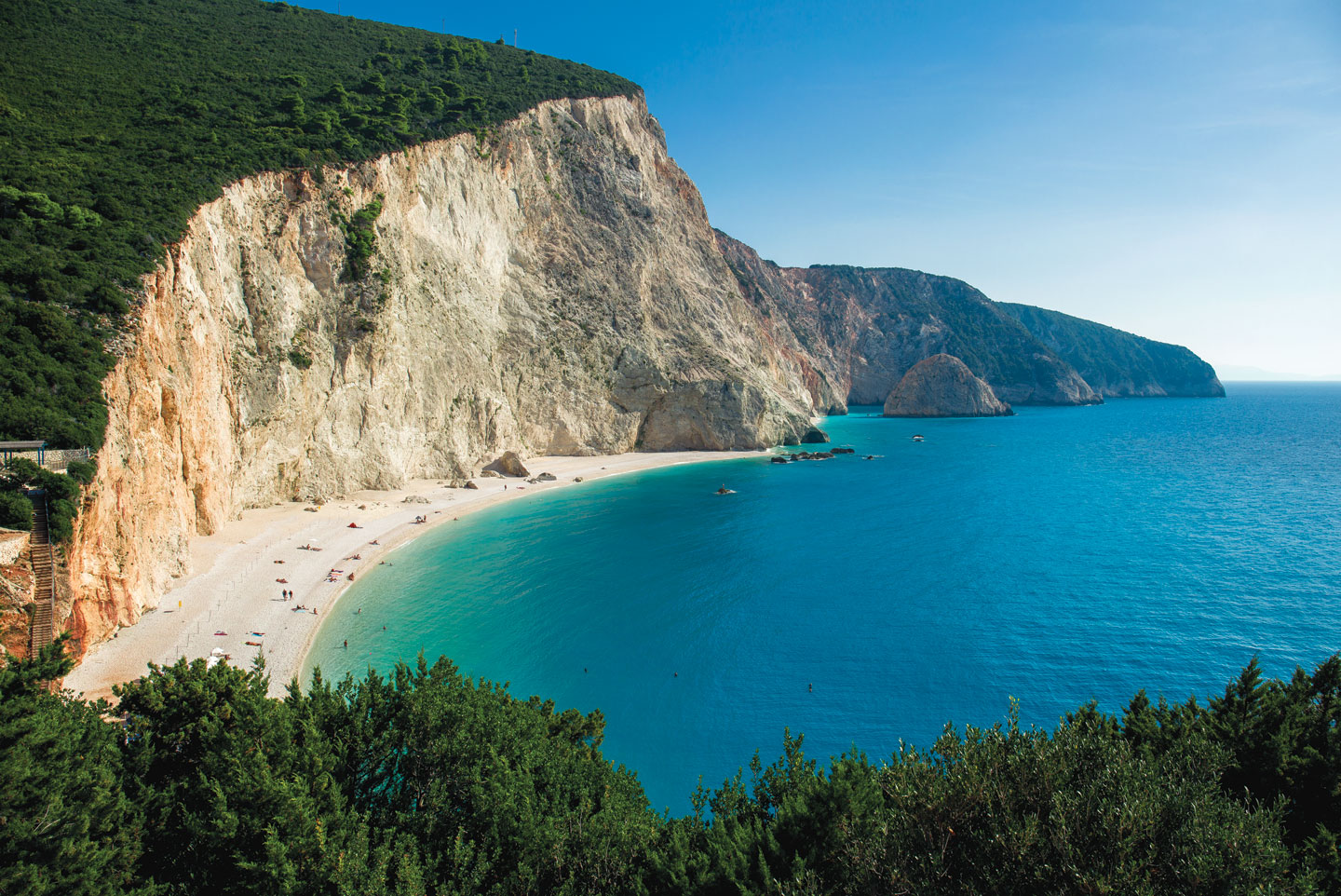 From Athani, the last stop has to be Cape Lefkatas or Kavos tis Kyras. The landscape takes your breath away. Sheer cliffs and bottomless, raging seas create scenery of unimaginable wildness. They say that it is these white cliffs that gave Lefkada its name (lefko = white). It is said that the ancient lyric poetess Sappho fell from here to free herself from her love for the young Faon. The time of day for the strongest impression of Cape Lefkatas is of course at sunset, when the sun paints the rocks with its rays and gives colour to the sea which in turn in its own tongue murmurs stories of thousands of years. 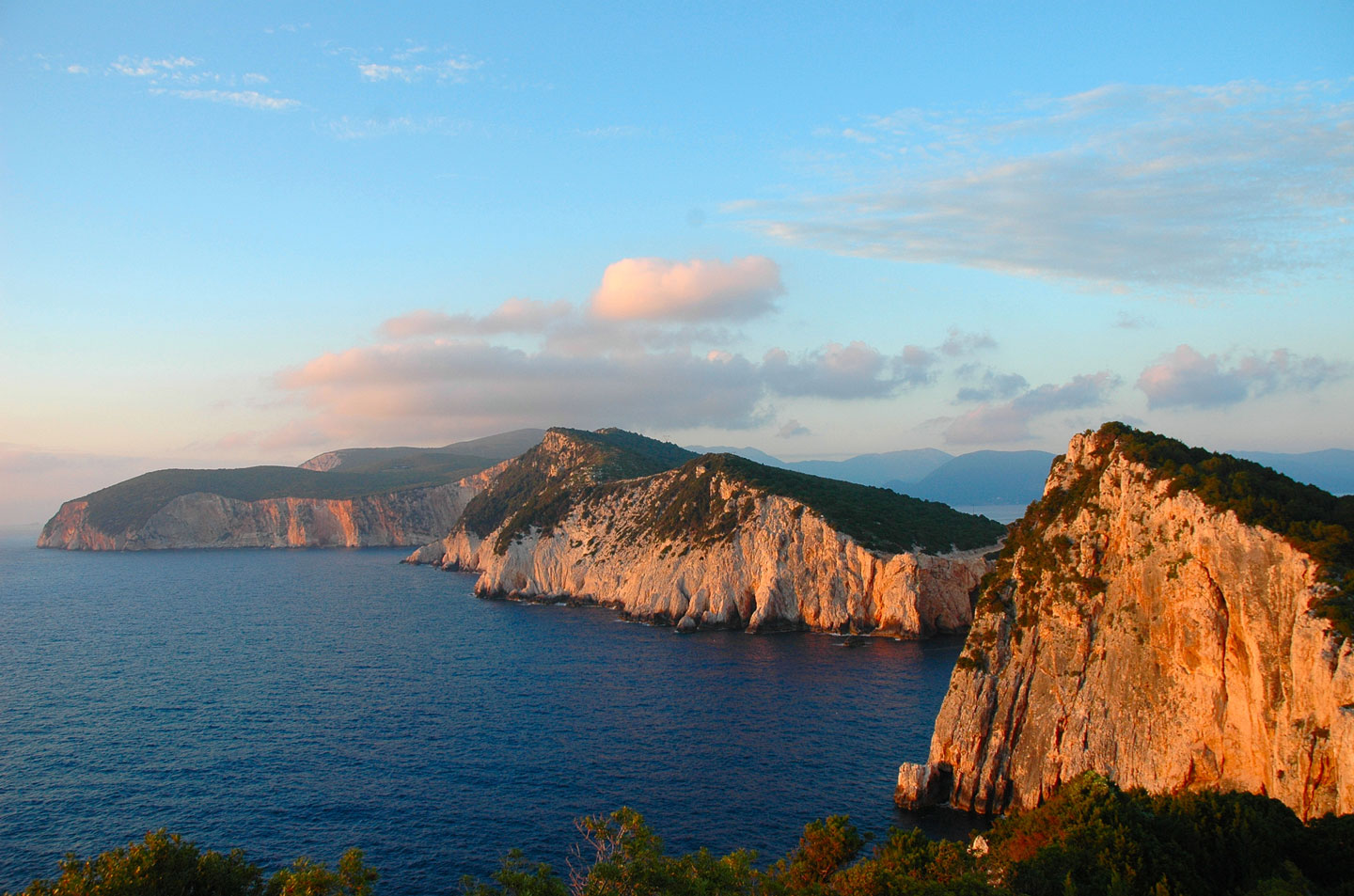 To return to Lefkada town, we suggest that you head again towards Chortata and Kalamitsi, and from there head towards Drymona, a pretty little mountain village that is resplendent in spring with a mass of blossoming Judas trees. Another very impressive village is Exantheia, 3 Km from Drymonas. It is in semi-circle and the site has probably been inhabited since Byzantine times. From here choose the paved mountain road towards Sfakiotes and continue north to the town.